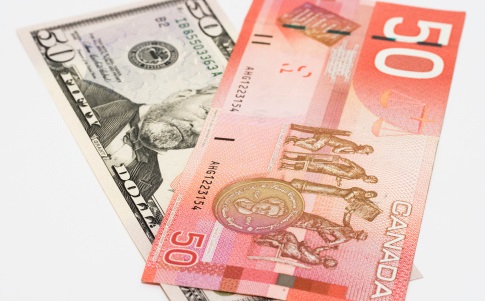 326
SHARES
8.5k
VIEWS
Share on FacebookShare on TwitterShare on WhatsApp

The US dollar bounced against the Canadian dollar on Wednesday after the Bank of Canada kept interest rates unchanged at 0.25 percent and decided not to taper bond purchases as widely expected by most market experts.

For all intents and purposes, the July policy meeting next month is set to be more interesting due to the fact that the central bank left the door open for further policy adjustments due to the positive fundamentals surrounding the Canadian economy this week.

This week the Bank of Canada largely stuck to script, but certainly left the door open for a taper next month. The central bank noted that global economic activity is picking up, and that the Canadian dollar has appreciated notable, and has been largely boosted by rising oil prices.

In terms of CPI, the central bank said that they expect inflation to remain near 3 percent through the summer, and that inflationary pressure will likely ease going in year end. The Canadian dollar failed to rally after the policy statement, even as oil prices hold above $70.00.

It is possible that the Canadian dollar could correct lower or at least trade sideways until the next policy meeting. The USDCAD pair is likely going be heavily influenced by economic data from the Canadian economy, as bullish or bearish data will ultimately decide whether the Bank of Canada act next month.

As previously noted, this extreme one-way sentiment skew does not bode well for the bull case surrounding the USDCAD pair. Retail traders are often on the wrong side of the market, and this sentiment extreme could mean the protracted bearish trend in the USDCAD is set to continue.

The four-hour time frame shows that the short-term technical surrounding the USDCAD are relatively simple now. Bulls have been struggling to overcome the 1.2150 area over the last few weeks. 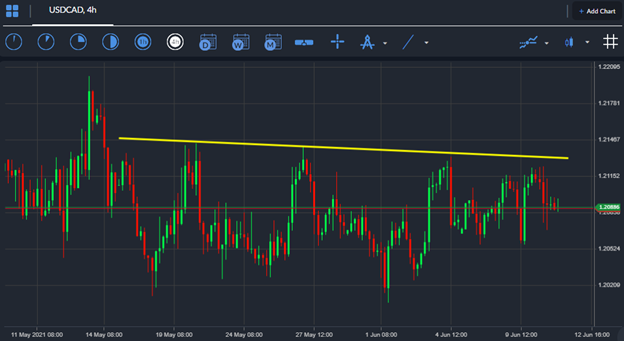 Looking at the weekly time frame chart, the USDCAD pair has recently staged a minor technical bounce from the bottom of an extremely large falling price channel.

Overall, the downtrend remains strong in the USDCAD pair and selling rallies is still the best strategy. However, if the USDCAD pair breaches the 1.2300 price area, which is the top of the falling wedge pattern, a huge rally towards the 1.2500 area could occur. 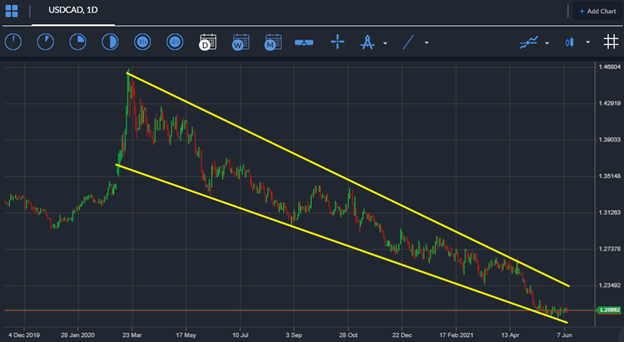 US CPI Jumps To 13-Year High in May

US inflation continues to heat up, but markets unfazed