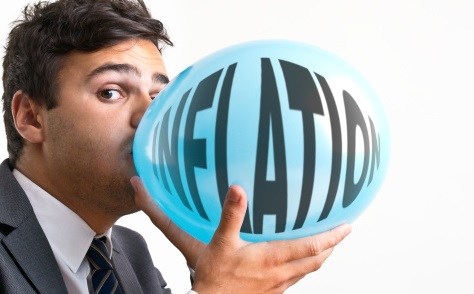 406
SHARES
12.9k
VIEWS
Share on FacebookShare on TwitterShare on WhatsApp

Rising global inflationary pressure begins to worry investors about an impending economic recession as the Ukrainian war seems to be far from over. Investors await today’s US CPI as an early indicator to find an inflation peak amid the hawkish Fed.

Ukraine prepares for a Russian offensive move into its eastern territories as pessimism rises over peace prospects so far. US President will continue to consult with India over sanctioning Russian oil exports. OPEC+ is scheduled to release monthly data later in the New York session.

The GBPUSD dropped by -0.11% early Tuesday morning to its lowest since November 2020. The pair is currently trading at 1.3000 support and a break below that area will reinforce a bearish target at 1.2850. Reclaim of the 1.3050 area will open room for a corrective move to the upside. Traders eye the US inflation data scheduled for release in the New York session and GBP inflation data on Wednesday morning.

NZDJPY extended gains by +0.35% early European session as investors price in a 25bps to 1.25% rate hike by the RBNZ. The RBNZ is set to hike the rates on Wednesday while the BoJ maintains a neutral policy stance reinforcing a policy divergence between the 2 Central Banks. Bulls face a near-term barrier at 86.35 and failure to challenge that area, the pair could have a corrective pattern towards 84.00.

AUDCAD soared +0.41% early European session ahead of Wednesday’s BoC policy meeting. The BoC is set to hike rates by 50bps to 1.00% which may strengthen the Canadian Dollar amidst strong demand for oil.

The pair has a near-term resistance at 0.9420 and a break above that near-term barrier may cause further upside gains capped by a 0.9515 near-term high. A break below 0.9350 will reinforce a correction towards the 0.9250 area which coincides with a 50-day moving average on a daily chart.

The CAC40 remained resilient as bulls draw optimism from the primary French presidential election runoff held on April 10. The index pared earlier losses and gained +0.10% as bulls attempt to break above 6500.

US Stocks closed lower on Monday ahead of hot US inflation data. Nasdaq plunged by -2.35% breaking below a significant psychological area at 14000. The S&P500 dived by -1.69% as the trend tends to bearish outlook in the near term.

The US 10-year yield trimmed losses after hitting 2.83% ahead of US inflation data. The benchmark US 10-year yield has room for upside gains despite a -0.32% drop early Tuesday. A defence of 2.70% may see the yield resuming the trend to the upside.

US dollar strength continues ahead of inflation data

For Silver, the pain trade is lower

For Silver, the pain trade is lower