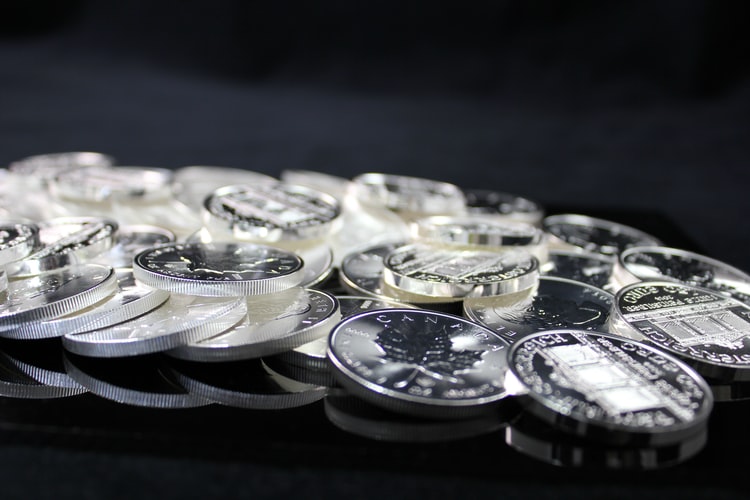 326
SHARES
8.9k
VIEWS
Share on FacebookShare on TwitterShare on WhatsApp

Silver is starting to look more bullish on the technical front as the shiny-metal starts to gain strength above its key 200-day moving average, which is located close to the $25.00 support level.

Bulls have been moving back into silver in anticipation that the metal will start to rise once the $1 trillion infrastructure bill from the Biden administration is passed into law this month.

In theory, the price of silver should rise if the infrastructure bill is approved, due to a number of variables that involve silver, both on the demand and also the fundamental front.

Silver should rise on the demand front as precious metals such as copper and silver will be used in key electrical components needed for some parts of the coming infrastructure project.

The huge infrastructure bill will be positive for silver from an inflationary perspective, as silver tends to rise when the US dollar losses its value on a purchasing basis due to the buck being devalued.

Near-term headwinds containing a price rally in silver include weakened growth prospects due to the new COVID-19 new variants, and general uncertainty towards the FED tapering later this year. I suspect silver will rise once the bill is passed into law, however, it may be a bumpy road as uncertainty looms.

The ActivTrader Market Sentiment tool is offering a warning sign and shows that some 86 percent of trader hold a bullish sentiment bias towards silver. This highlights that traders are too bullish, which is typically not a good sign and brings me back to my earlier comments about a bumpy road ahead to a bullish breakout.

Until we see sentiment dropping I have concerns that silver may remain range bound between the $25.00 and $26.00 level, or worst still, stage one final big corrective leg lower to wipe-out early bulls.

The short-term technicals for silver shows that a bullish inverted head and shoulders pattern has formed across the four-hour time, which is a projecting a $1.20 move higher.

Traders should prepare themselves for a big rally if silver holds above the $25.60 level. This scenario seems to fit well with the potential announcement of an infrastructure bill. 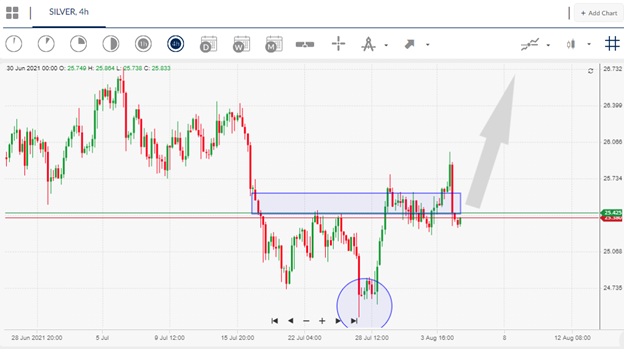 Silver bulls need to hold the price above the $28.50 level to enforce a big triangle breakout, if they can do that then $30.00 comes back into focus. 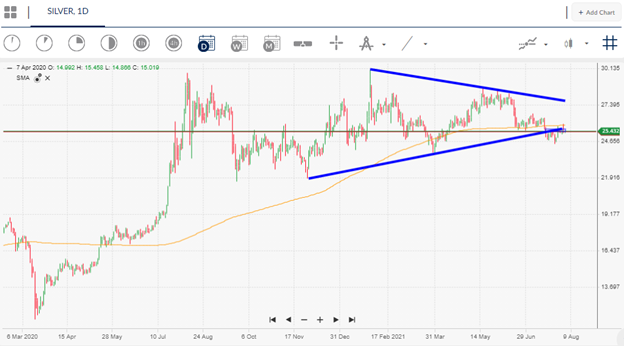