256
SHARES
7.7k
VIEWS
Share on FacebookShare on TwitterShare on WhatsApp

The euro currency is vulnerable to further losses against the British pound as the pair consolidates around the 0.8500 support level ahead of the release of the Bank of England policy meeting.

Most economists expect that the BoE is going to keep monetary policy unchanged with interest rates on hold at the record low 0.1% and its bond purchase program steady at £875 billion to the year end.

However, a rise in the Bank of England inflation expectations could cause the British pound to surge, with sterling rallying towards the 1.4000 level and the EURGBP pair sinking under the 0.8500 level with some conviction.

It should be noted that with the rise in Delta covid cases which has clouded the near-term outlook of the British economy, the BoE is unlikely to offer any hints or clues over when the first interest rate hike may come, this could cause a pump and dump type scenario for the British pound and indeed British pound crosses.

Still, the technical are offering one of the biggest red flags, that indicates that the EURGBP pair is about to drop even further. The red flag in question is a huge head and shoulders pattern that is greater than 100 points.

Additionally, the ActivTrader platform shows that bullish sentiment is still ridiculously high at current levels, with some 89 percent of traders still expecting more upside in the EURGBP pair.

Severe one-way sentiment skews are rarely correct, plus we should consider that the overall trend is strictly bearish at present. The bottom line for the EURGBP pair right now is that selling rallies remains the premium strategy while the pair trades under the 0.8680 level.

The four-hour time frame shows that the EURGBP pair has formed a large head and shoulders patter, following the recent heavy technical rejection from the 0.8680 resistance level.

According to the overall size of the bearish price pattern the EURGBP pair could be about to drop by around 180 points if the pattern is ignited below the 0.8500 support level. 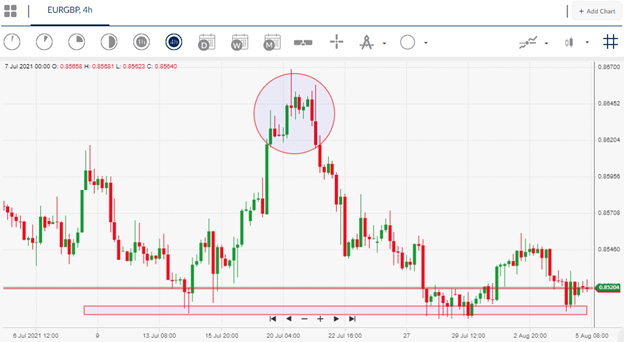 The daily time frame shows that the EURGBP pair remains vulnerable to further declines as the price is now testing back towards a key trendline around the 0.8500 support level.

Other negative technical factors weighing on the EURGBP pair include a long-term include a bearish death-cross and the heavily bearish daily and weekly Relative Strength Index indicator. 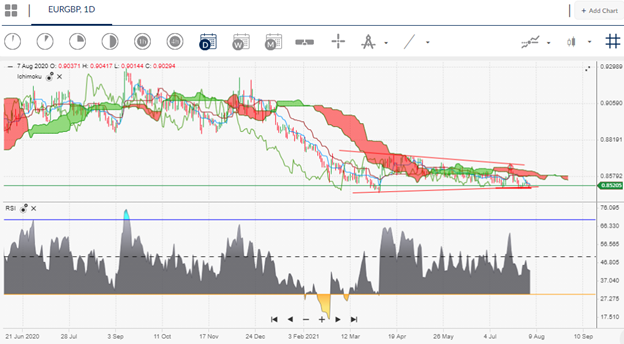 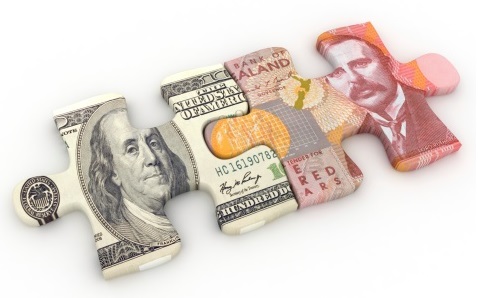