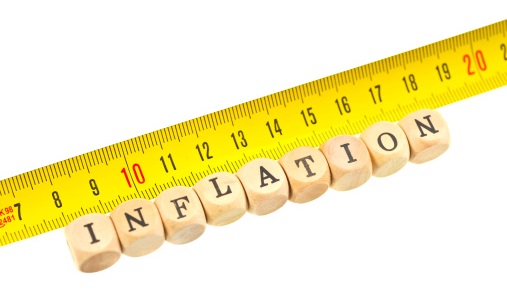 468
SHARES
15.4k
VIEWS
Share on FacebookShare on TwitterShare on WhatsApp

Investors remain cautious ahead of key inflation data from US and Germany. The US inflation print will determine the Fed rate cycle amid speculation of a pivot. Markets remain on the edge as inflation fears loom. Crude oil dropped ahead of US crude oil inventories while stocks remained steady as the earnings season continues.

EURUSD edged higher by +0.10% ahead of US CPI data. The US CPI data is expected to drop to 8.7% from 9.1% in July underpinning dollar strength in the near term. Investors will pay close attention to the data as the main guide for the Fed rate hike cycle. The pair is currently bullish trading above 1.0150 and buyers could target the 1.0350 level. However, a break below 1.0150 could trigger selling pressure towards the 1.0000 parity level.

USDCAD dropped by -0.12% ahead of US Crude oil inventories. The dollar remained on the backfoot despite weakening demand for crude oil in the US. The API Crude oil weekly stocks released on Tuesday indicated an increase in inventories from 0.073M to 2.156M. The pair dropped from 1.2900 psychological resistance and bears could target the 1.2850 and 1.2700 levels. However, a break above the 1.2900 resistance could reinforce a bullish outlook toward the 1.3075 level.

GBPNZD tanked by -0.27% after BoE Pill`s comments on inflation. The BoE MPC member indicated that they remain cautious as too aggressive hiking could cause an undesirable economic slowdown. The pound remains weaker ahead of RICS House Price Balance expected to drop from 65 to 60 in July. The pair is currently trading above the 1.91500 level and a break below that level could trigger selling pressure towards the 1.91000 psychological level. Critical resistance is at 1.9200 level.

European stocks remained steady in the European session as investors digest inflation data. FTSE100 gained +0.16% slightly below the 7500-resistance level and a break above that level could open the possibility of a rally towards the 7600 psychological level.

US stock futures retain gains ahead of earnings reports. S&P500 futures were up +0.06% as bulls struggle to maintain gains above the 4100 level and a break below that level could trigger selling pressure towards the 4000 psychological level.

Nasdaq100 futures were neutral trading slightly above the 13000 psychological support and a break below that level could cause bears to target the 12550 level. DJIA index edged higher by +0.07% despite gains capped by the 33000 level. Bearish targets are at 32000 if bulls fail to break above the 33000 level.

Crude oil dropped as traders weigh possible pipeline restarts amid diminishing demand. Brent plunged by -1.39% as bulls get rejected at the 98.00 level and bears may target the 93.00 near-term support. USWTI crude oil dropped by -1.28% from 92.00 resistance and critical support is at 87.00.