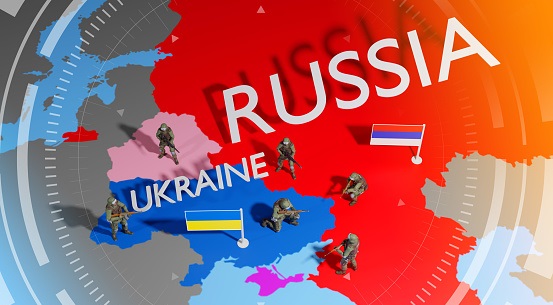 395
SHARES
11.7k
VIEWS
Share on FacebookShare on TwitterShare on WhatsApp

Markets were unease early Monday, with the European session opening with a risk-off market as war risks renew after images of an attack on the Bucha area in Ukraine emerged over the weekend. European Union debates on the fresh sanctions over Russian aggression towards Ukraine.

Investors focus on the Eurogroup meeting in Luxembourg discussing inflation and the macroeconomic outlook for the Eurozone. French power prices continue to skyrocket while ECB remains hands tied to normalize policy in the near term.

The dollar index extended gains by +0.30% early European session post-labour market statistics which were released on Friday. The employment statistics suggest the Fed is likely to maintain its hawkish rate policy cycle in the near term.

The index broke above near-term resistance at 0.9870 and a possibility to retest 99.3800 near-term high. A failure to break above a medium resistance at 99.00 may cause selling pressure for the dollar in the near term.

Early European session, the AUDUUSD trimmed earlier gains from the 0.7522 near-term resistance ahead of the RBA policy minutes meeting due for release early Tuesday morning.

The policy is forecasted to remain unchanged, and markets may price in the weakness in the near term. Critical levels to watch are 0.7550 near-term high and 0.7440 near-term support. Markets eye the Factory orders and Durable goods during the New York Session.

EURCHF traded lower losing -0.41% and the price was held above critical psychological support at 1.0200. The EUR experienced selling pressure against the CHF as the Russia/Ukrainian war continues to post risks in the near term. A break below the area may renew selling pressure towards the 1.01500 and 1.0100 area subsequently. The movement to the upside remains capped by 1.02500 high.

GBPNZD extended its losses during the European session as bulls lost steam close to near-term resistance at 1.8975. The pair is currently trading at 1.8900 support and a break below that near-term support may give room for further downside pressure. Investors continue to digest BoE member speeches and the focus turns towards BoE member Cunliffe later in the New York session.

The S&P500 also gained +0.34% although upside gains in the equity markets are capped by the risks posed by the Russia /Ukraine war as dollar demand renews.

European equities markets were down during the European session, with CAC40 down by -0.14% after bouncing off a near-term resistance and a has a possibility to trade lower towards 6600.00 near-term support. The DAX gave in earlier gains and down by -0.09% as downside pressure prevails.

In the commodity markets, US WTI oil Futures hold gains by +1.07% to $100.07/barrel as fresh sanctions on Russia may choke supply despite the pledge by the US to inject supply in the near term.