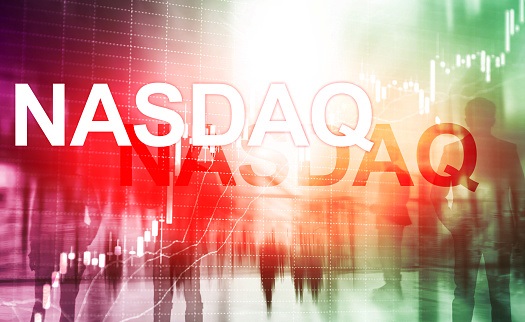 463
SHARES
14.9k
VIEWS
Share on FacebookShare on TwitterShare on WhatsApp

The USTech100 extended gains by +0.15%, gaining for the 4th session straight led by the Tech earnings season. Tesla and Netflix’s Q2 earnings report surprised markets, supporting a rally in the UStech100 index. Tesla rose by +9.78% on Thursday as its earnings were better than what analysts feared. The adjusted Earnings Per Share jumped to $2.27 from $1.83 surveyed. On the other hand, Netflix’s EPS also rose from $2.93 to $3.20 beating estimates by far.

A weaker dollar promoted risk-on sentiment as investors paid close attention to the stock market. The Philly Fed Manufacturing Index (July) dropped to -12.3 from -2.5 expected indicating slowing economic activity in the US. Initial Jobless claims rose to 251K from a surveyed 240K causing further weakness to the dollar fading the fed tightening sentiment.

US Manufacturing and Services PMI data are due for release today. Twitter is also expected to release its Q2 earnings later in the New York session. USTech100 buyers should pay attention to the coming Fed policy meeting on the 27th of July as markets anticipate between a 75-100bps hike.

The USTech100 soared higher, recovering losses after bulls managed to defend the 11200 support, coinciding with a 200-day moving average. Bulls are currently capped by a 12900 near-term resistance and a break above that level could trigger buying pressure toward the 15000.00 level. The MACD indicator suggests the trend is currently turning bullish as indicated by the volume bars crossing above the 0.000 neutral level.

However, a break below the 11200 support could invalidate the bullish outlook. A plunge below the immediate support could trigger selling pressure towards the 9200 level, coinciding with a 25-month low. The Williams Alligator indicator also shows that the index is still capped by a bearish outlook unless if price crosses above 21,13,8 moving averages (used as dynamic support and resistance indicators).

The ActivTrader Sentiment tool indicates that 61% of retail traders are bullish on the Nasdaq100 index. The Tech earnings season has helped lift the index’s bullish sentiment as Tesla and Netflix delivered better-than-expected Q2 earnings reports.

However, investors are pricing in a 75bps hike by the Fed at the 27 July meeting. Further tightening could limit upside gains in the near term as Tech stocks may suffer from a stronger dollar.

The UStech100 extended gains for the 4th session straight after breaking above the 12200 near-term resistance. If the bulls maintain gains above the 12000 psychological support coinciding with the 50-day moving average, a rally towards the 12900 and 14000 levels could be experienced in the near term. The RSI indicator trading above 60.00 suggests that there is still room for further upside gains as the trend has not reached an exhaustion level.

However, if the price trades back below the 12000 psychological support bears may target the 11200. A break above 12900 will be necessary to maintain the bullish outlook in the near term.