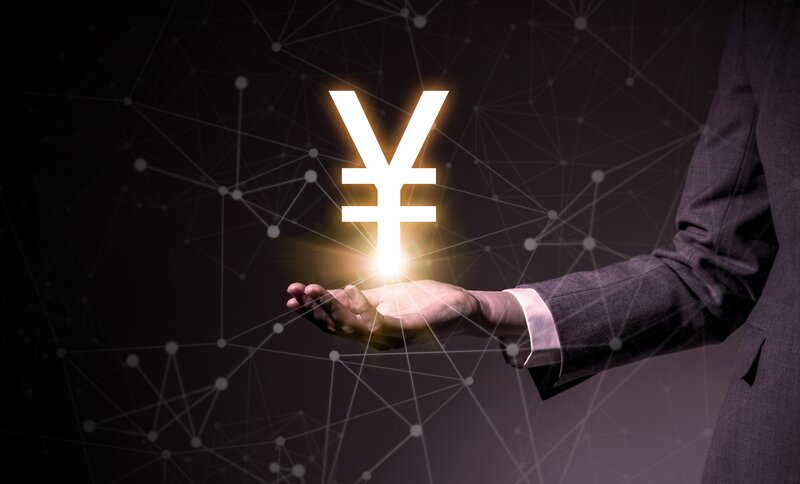 The US dollar has still been rising fast against the Japanese yen currency as the recovery in the greenback gathers pace after the recent stellar nonfarm payrolls jobs report.

As the USDJPY pair continues to rise traders are now looking towards central bank intervention from the Bank of Japan, especially with the 145.00 level being a critical level for the BOJ.

The reason that we are currently seeing this much strength in the dollar against the yen is purely because of the difference in two central banks, namely the Bank of Japan and the Federal Reserve.

Last week’s jobs report highlighted that the Fed are just going to keep the foot on the rate hike pedal, given that the unemployment rate actually started to tick down in September.

With the USDJPY pair at a twenty-four year high some traders are worried about that the Japan’s finance minister may start talk the yen up and cause the USDJPY pair to drop just through verbal intervention.

The key takeaway this week is watch out for BOJ action, especially if the 150.00 level is reached. The central banks tolerance for the 145.00 level will also be tested this week.

According to the ActivTrader Market Sentiment tool some 51% of traders are bearish towards the USDJPY pair, which strongly hints that retail could be expecting the range to settle around current level.

I suspect until we see the retail traders or participants starting to turn bullish again we are probably going to see the USDJPY just heading higher if the 145.00 level becomes no problem for bulls.

Technical analysis on the four-hour time frame shows that the USDJPY pair has nearly invalidated a large head and shoulders pattern between the 140.00 and 145.00 level.

According to the overall size of the bearish pattern we could likely see a 500 point move to the upside if the USDJPY pair starts to settle around the highs of the year. 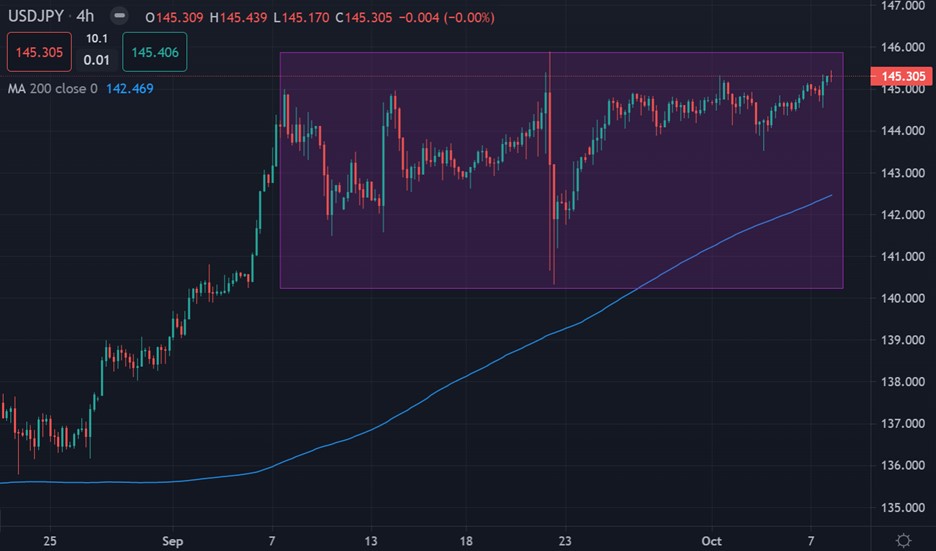 The daily time frame is showing that the USDJPY pair has formed a large rising expanding wedge pattern. These are amongst the most reliable bearish reversal patterns, and it has been invalidated.

According to the size of the price pattern we are likely going to see some types of range trading between the 135.00 and 150.00 levels. 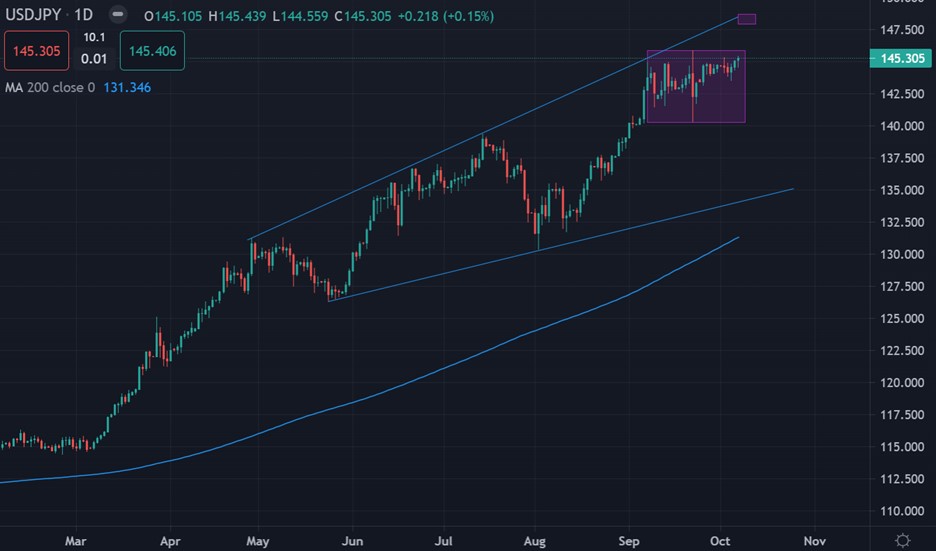 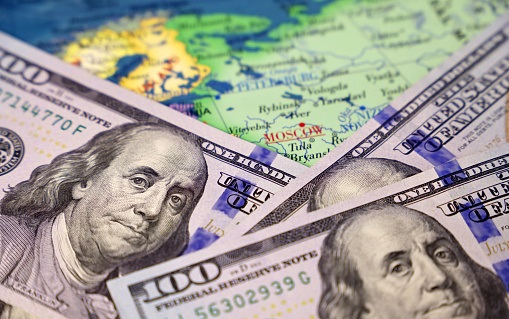