USDCAD Technical Analysis: Bulls face a 19-month high ahead of US jobs data 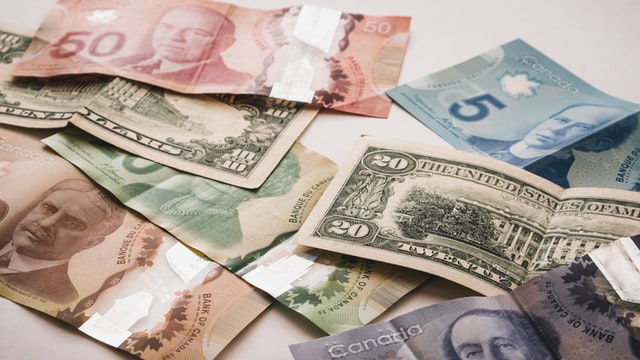 Photo by PiggyBank on Unsplash.

454
SHARES
14.4k
VIEWS
Share on FacebookShare on TwitterShare on WhatsApp

USDCAD extended its recovery slightly above the 1.3000 as bulls attempt to retest the 1.3080 level. The bulls rallied by +0.36% early European session after Fed’s Thursday hawkish sentiments. The hawks are pushing for a 75bps rate hike in July in a bid to fight inflation that has soared to 8.6% a 40-year high.

The USDCAD gains remain limited as US Oil rebounds from a 3-months low after a massive sell-off this week. Stronger commodity prices will underpin dollar strength while boosting the Canadian dollar, a commodity-backed currency. USWTI crude oil futures rose by +0.58% extending its second-day recovery after hitting a 95.15 level last seen on the 12th of April 2022.

However, the US Crude Oil inventories released on Thursday increased from -1.04M barrels of oil to 8.235M suggesting a huge slump in demand for crude oil products. This could weaken the Canadian dollar, alongside negative Ivey PMI data released showing slowing production in the coming months as the index falls from 72.0 previous reading to 62.2 on Thursday.

Investors should pay attention to the US Jobs data and Canadian employment data due for release later in the New York session. A stronger than expected data for the US could strengthen bulls as it could reinforce further rate hike sentiments by the Fed. FOMC Member Williams will also speak after the US Jobs report.

The USDCAD rallied by 0.94% this week despite bulls being trapped inside an inverted bearish flag. Upside gains are capped by the 1.3020, a previous support-turned-resistance. The pair is currently trading at a critical pivot area and a break above that immediate high could see a bullish rally towards the 1.3400 level. The MACD indicator suggests the pair has a bullish outlook as the volume bars reading is trading above the 0.000 neutral level.

However, the inverted bearish flag suggests a possible plunge in USDCAD price if the 1.3020 level holds. The 1.3020 level coincides with a 200-day moving average, a tool used as dynamic support and resistance by professional traders. A violation of the 1.2850 level, weekly support could open the way for further downside pressure on the USDCAD pair.

The ActivTrader Sentiment Tool indicates that retail traders maintain a neutral stance ahead of US Jobs data. Investors are cautious as they pay close attention to the US Non-Farm Payrolls for June as a gauge of Fed monetary policy tightening.

The Non-Farm Payroll for June is expected to drop to 268K from a previous 390K. The outlook is bearish for the dollar, although a better-than-expected figure could strengthen USDCAD buyers reinforcing Fed’s aggressive monetary tightening cycle.

The USDCAD recovered modestly from the 1.29500 level towards 1.3080, a 19-months high. A break above that near-term target could reinforce bullish strength and the 1.31500 level could be realised in the near term. The bulls need to defend the 1.29500 support to maintain a bullish outlook. The RSI indicator reading bounced off a 50.0 neutral level suggesting more room for upside gains.

However, a break below the 3-week low at the 1.28500 level coinciding with the 50-day moving average could invalidate the near-term bullish outlook. Bears will target 1.25200, a 2-months low as a breach of that 1.28500 support could trigger selling pressure.