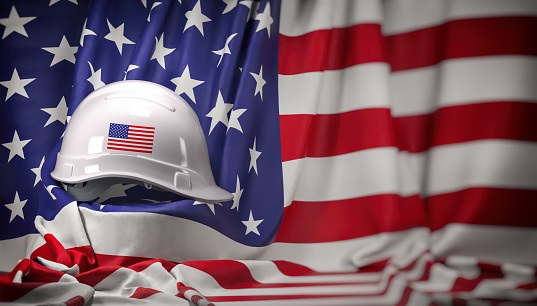 382
SHARES
9.1k
VIEWS
Share on FacebookShare on TwitterShare on WhatsApp 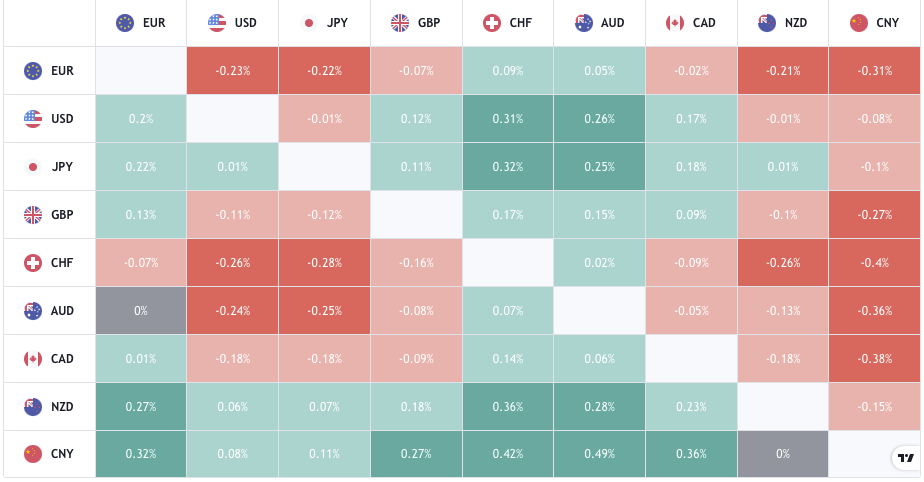 The forex heatmap has switched a little during the US session with the Swiss franc losing favour but the US dollar catching a bid. The yen has held up well through the entire day as the US session opened with risk assets falling sharply to nearby levels of support.

July’s US job openings data has risen by 749k to new record highs of 10.9 million.

Today’s figure beat market expectation but is a sign of labour supply restrictions. Whether that number decreases as people lose their Federal and State unemployment benefits will be seen in the coming months. The report showed the largest increases were in health care and social assistance, followed by finance and insurance and accommodation and food services. 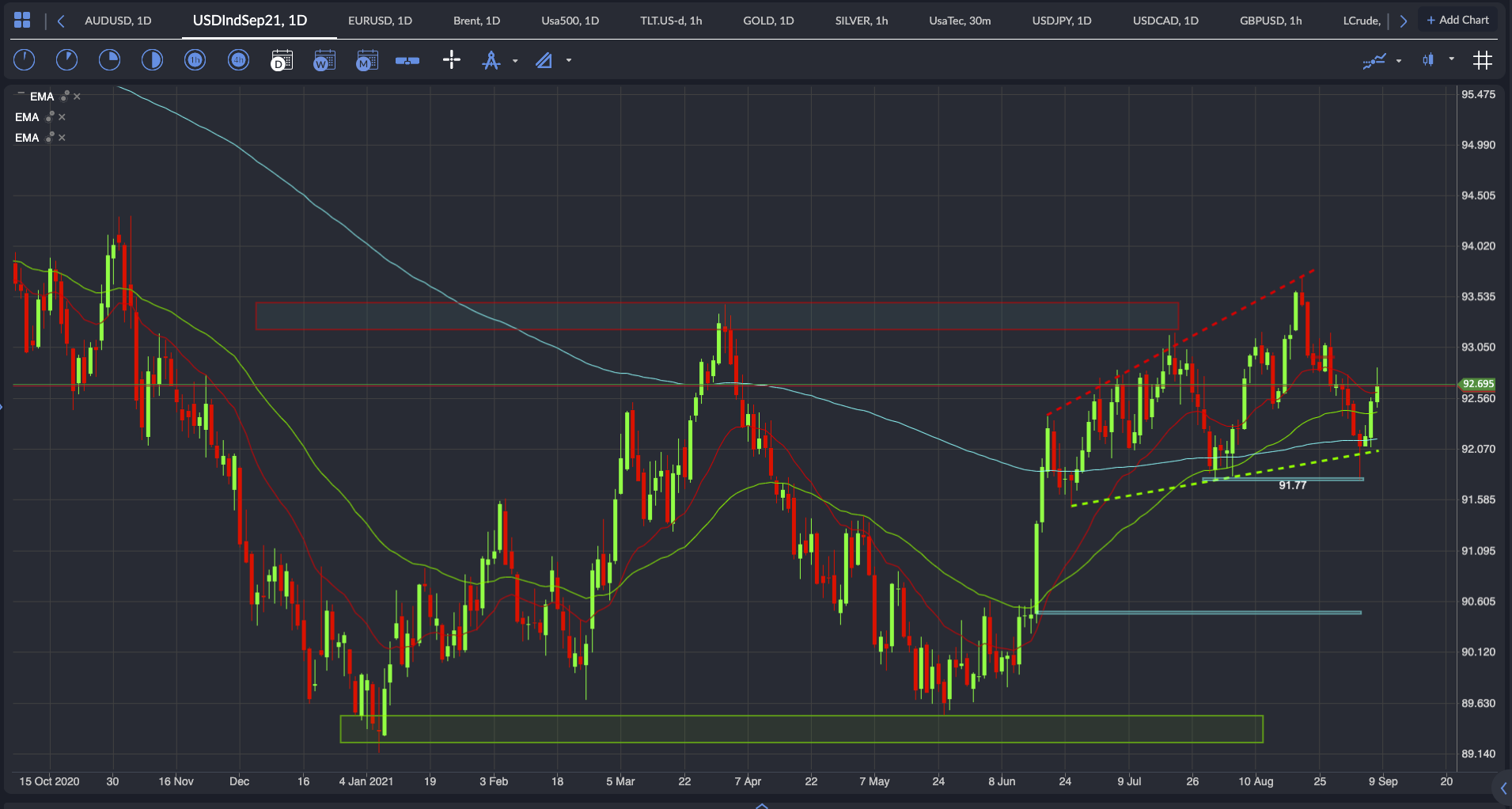 The US dollar found bidders for the third consecutive day but some of that needs to be attributed to the euro positioning ahead of the ECB meeting tomorrow.

As expected, the Bank of Canada kept the overnight rate at 0.25% and maintained the quantitative easing program at a target pace of $2 billion per week. The report stated:

GDP contracted by about 1 percent in the second quarter, weaker than anticipated in the Bank’s July Monetary Policy Report (MPR). This largely reflects a contraction in exports, due in part to supply chain disruptions, especially in the auto sector. Housing market activity pulled back from recent high levels, largely as expected. Consumption, business investment and government spending all contributed positively to growth, with domestic demand growing at more than 3 percent. Employment rebounded through June and July, with hard-to-distance sectors hiring as public health restrictions eased. This is reducing unevenness in the labour market, although considerable slack remains and some groups – particularly low-wage workers – are still disproportionately affected. The Bank continues to expect the economy to strengthen in the second half of 2021, although the fourth wave of COVID-19 infections and ongoing supply bottlenecks could weigh on the recovery.

Now that the Bank of Canada and Reserve Bank of Australia are no longer talking of tapering it will be interesting to see if the FOMC mention it in their September meeting at all. 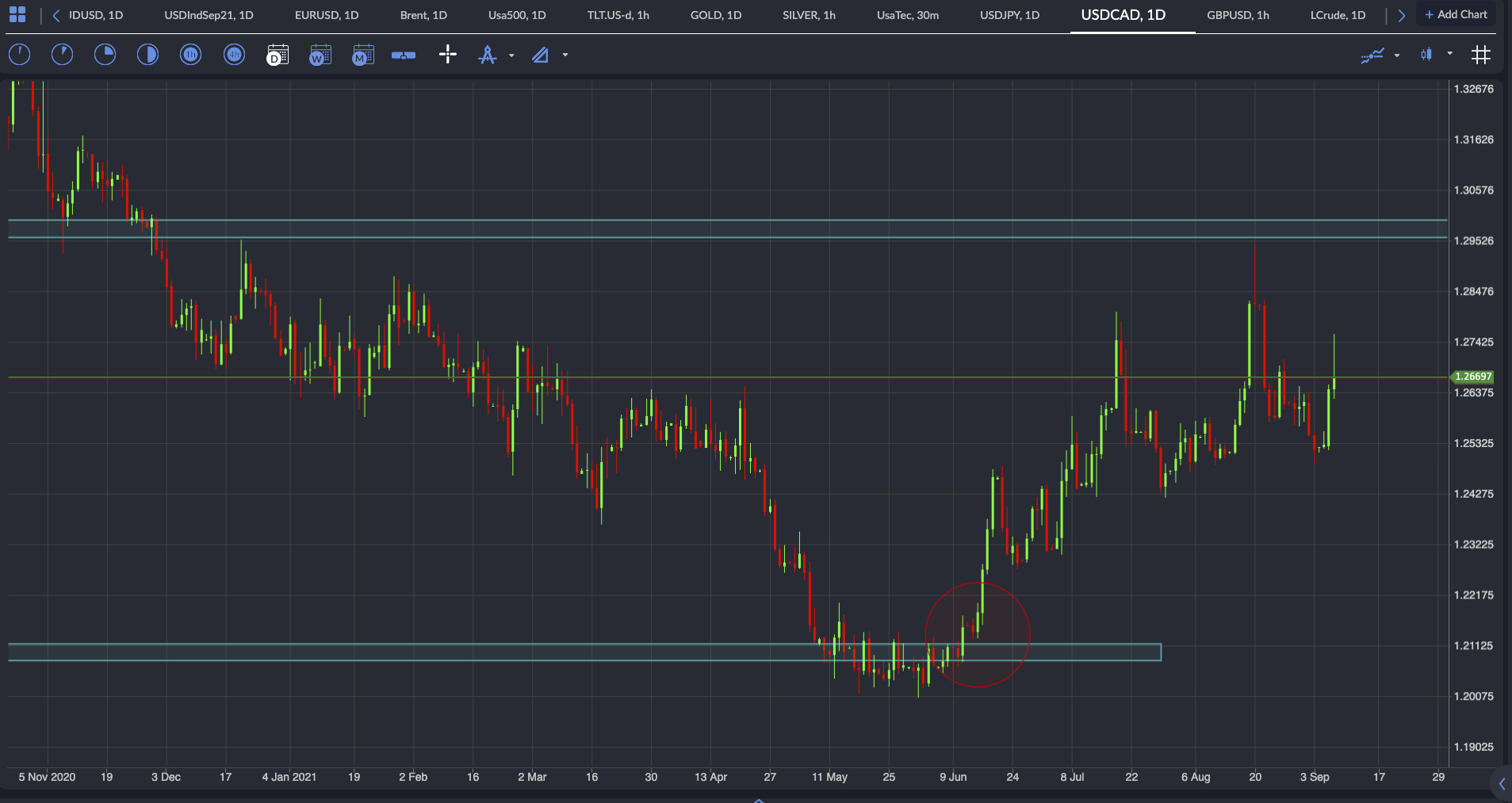 The rising US dollar and more Dovish BoC did allow the USDCAD to rise today, but at the time of writing sellers quickly stepped in and the Loonie looks likely to close near its opening price. The EIA came out with forecasts for a drop in oil demand for 2021 YoY with a raise in forecasts for 2022’s world oil demand.

The Bank of England has been out in force today with Bailey saying that he thinks minimum conditions for a rate rise have been met and that the MPC members were split 4-4 as to whether this was the case. BoE’s Ramsden and Tenreyro also talked of conditions not being right for a rate rise. 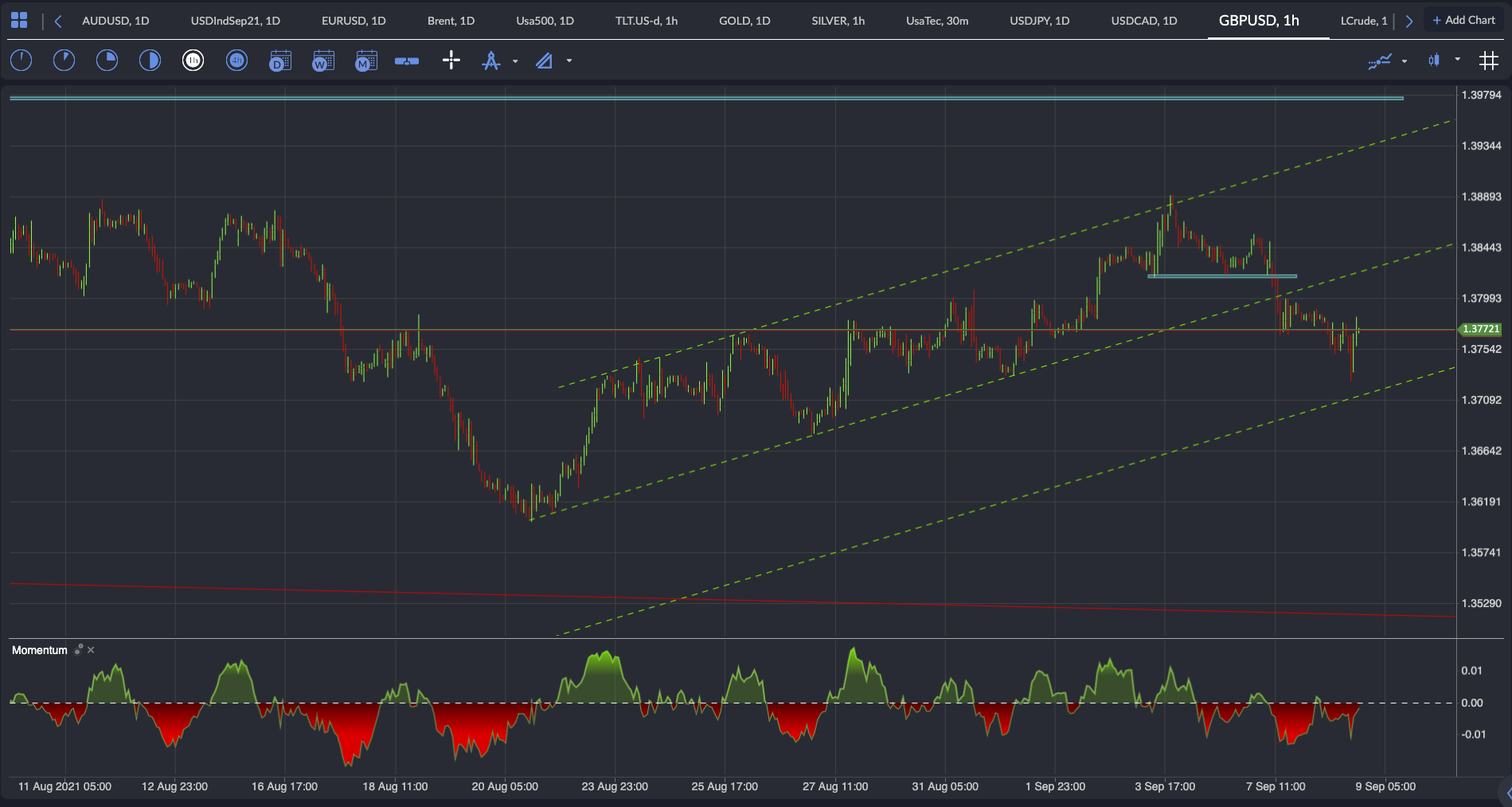 With no sign of a tighter monetary policy for the GBP and with the government raising taxes to help pay for more health services the GBPUSD was at the whim of the US dollar today and continued to fall lower towards its measured move target. 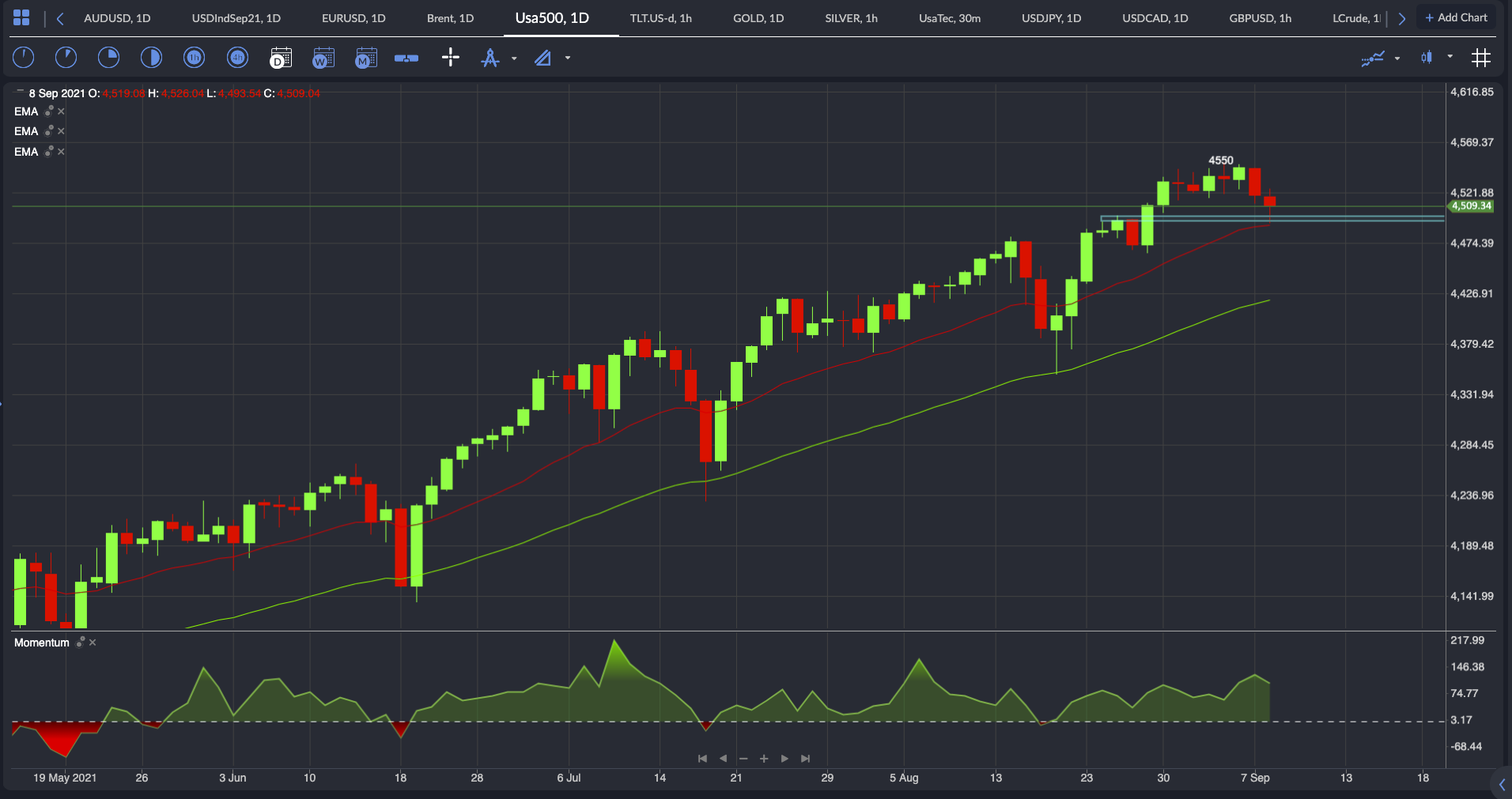 Even though Treasury Secretary Yellen wrote a letter to the House of Representatives, describing how without a debt ceiling suspension or increase the government would default on its liabilities, House Speaker Pelosi said she would not put raising the debt limit into the budget reconciliation measure, but has several options for the debt ceiling. Personally, I think they use COVID-19 to suspend for a further year. The S&P500 has pulled back to one of its buy the dip levels and the daily 20 ema.