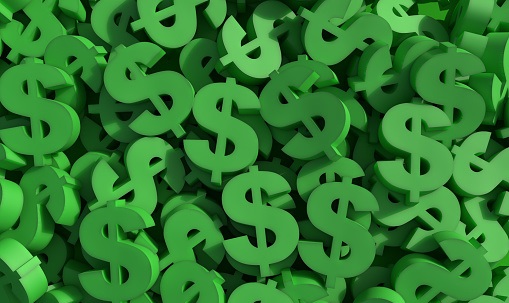 343
SHARES
7.7k
VIEWS
Share on FacebookShare on TwitterShare on WhatsApp

The US dollar put in a solid performance this week, with the Dollar Index (DXY), a trade weighted basket of major USD currency pairs, surging to fresh 9-month highs above the 93.50 level. This week’s near-1.0% gain, which has seen the DXY rally from around 92.50, puts the dollar on course for its best week since mid-June, when it was sent shooting higher from the mid-90.00s in wake of a hawkish shift in FOMC interest rate guidance and rhetoric on the economy. In terms of what supported the dollar this week; hawkish vibes from the FOMC were again in vogue – the minutes of the July meeting were released and showed that, whilst the FOMC is divided on the timing and pace of QE tapering, members unanimously agreed that further progress has been made towards an eventual tapering of the asset purchase programme. The minutes, combined with recent public commentary from FOMC members, has most analysts now confidently betting that the FOMC will make a formal QE tapering announcement at least before the end of the year, and that the actual taper itself will follow shortly after.

But a deterioration in the market’s appetite for risk assets has been another key factor; Asian equity markets have been getting hammered in recent weeks amid concerns about the ongoing regulatory crackdown from Chinese authorities and concerns about the spread of the delta variant in the region and it seems the rest of the world is now paying more attention. US and European equities markets have pulled back a few percent from recent highs, commodities prices have continued to drop (with a marked acceleration in the pace of the decline in, for example, copper prices) and risk/commodity-sensitive currencies have all taken a beating (AUD, NZD and CAD all depreciated by more than 3.0% on the week versus USD). Investors are seemingly becoming more concerned about the medium-term outlook for growth as delta variant driven Covid-19 infection waves worsen in low vaccine coverage places like Australia, now New Zealand, Japan and other emerging Asian economies, but also the US. Data at the start of the week out of China and the US has hardly helped these concerns, with both pointing to a loss of recent economic momentum in both countries (Chinese July Retail Sales and July Industrial Production was bad, whilst US July Retail Sales and August regional Fed manufacturing surveys also disappointed). All of this has benefitted safe haven currencies like the US dollar, Japanese Yen and Swiss Franc.

The dollar next week

It seems likely that the market’s broad appetite for risk is set to remain on the defensive in the near-term future; newly reported Covid-19 infections worldwide seem likely to continue to rise (currently at 600K, up from under 400K as recently as June), at least for the next few weeks, given that most of the world’s population, including in many developed countries (like Australia, New Zealand, Japan and South Korea) are not yet vaccinated. In that sense, the news regarding lockdowns/economic/travel restrictions is likely to continue to be negative, which could drive further localised, if not broad, weakness in risk assets.

Data will be closely watched given rising fears of a slowdown in the pace of the global recovery due to the rise in infections; we get the closely followed preliminary August Markit PMI surveys out of the EU, UK and US on Monday. If this data is strong, it may ease some of these aforementioned global growth slowdown concerns. There is also US Durable Goods Orders data, the second estimate of Q2 US GDP growth and the US Core PCE Price Index (the Fed’s favoured gauge of inflation), but all of these will be overshadowed by the FOMC’s Jackson Hole event, which runs from next Thursday to Saturday. The Fed has historically used this annually held global central banking symposium (organised by the Kansas City Fed) to communicate important policy changes. Investors thus have high hopes that Fed Chair Powell will deliver some meaningful new policy guidance with regards to the bank’s QE tapering plans, or at least to hint at when the formal announcement of these tapering plans could come. Analysts are currently split, but many now suspect that Powell will next week hint that a taper announcement is coming in an upcoming meeting, which would mean the September and October FOMC gatherings would become “live” for a formal taper announcement. Any hints towards when the Fed might seek to begin its taper and how fast this taper might proceed would be greatly appreciated by markets but given how divided the FOMC seemingly still is on these questions, that might be asking too much from Powell next Friday.

In terms of what all of this means for the US dollar, many analysts suspect that the theme of a Fed that is gradually moving towards a tapering of its bond buying programme will remain dollar supportive next week and in the coming months. At least, it seems likely given the Fed is moving towards taking the steps to unwind its ultra-accommodative policy stance, the dollar should outperform the currencies of countries where this is not the case, like the euro, yen and Swiss franc (the ECB, BoJ and SNB are each many years behind the Fed in terms of policy normalisation). Meanwhile, though the Fed is less hawkish than the central banks of many of the more risk sensitive currencies, such as many EM currencies and the likes of NZD and NOK, a defensive tone to risk appetite and continued struggles in commodity markets means that, against these currencies, USD may continue to find a bid. Over the next few weeks, traders should not be overly surprised to see the dollar advance on towards the next key area of long-term resistance in the 94.60s. 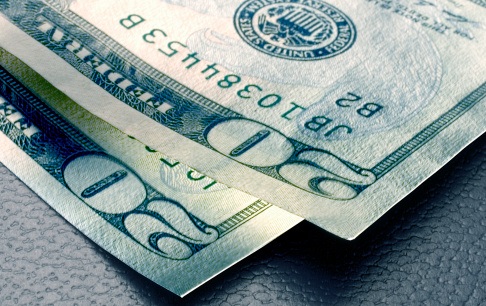