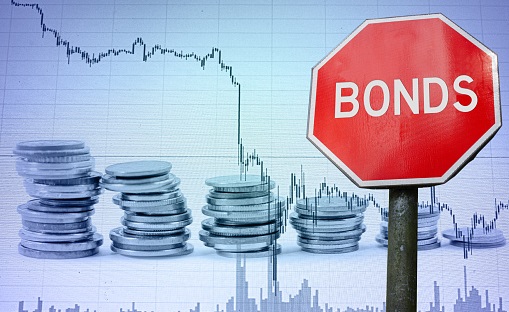 430
SHARES
9.3k
VIEWS
Share on FacebookShare on TwitterShare on WhatsApp

US and global yields rose in wake of the release of the US September labour market report last Friday. US bond markets are closed today for Columbus Day holidays. However, judging by the price action in European bond markets, where yields have continued to press higher with the German 10-year up another 3bps this morning to only about 1bps below the -0.10% level and not far from the annual high set back in May at -0.076%, US yields are set to open higher tomorrow. For reference, the US 10-year surged above 1.60% for the first time since early June in wake of the jobs report, which strengthened the narrative that the US labour market is currently suffering from labour shortages. The headline jobs number came in just below 200K, a big miss on expectations for 500K jobs to have been added in September, but there was a 170K upward revision to the August report’s NFP number, a larger than expected drop in the unemployment rate to 4.8% from 5.1% and a stronger than expected MoM pace of wage growth – higher wage growth is seen by most economists as inflationary and the move higher in yields has mostly been driven by rising inflation expectations. For reference, US 10-year breakevens are now closing in on the 2.50% mark, not far below the H1 high around 2.55%. JOLTs job opening data for August, set for release on Tuesday, should show the number of openings at around 11M, well above the total number of unemployed persons in the US economy right now, pointing to continued tight labour market conditions. That may keep inflation expectations (and thus yields) supported for the rest of the week.

Of course, the other major factor driving up inflation expectations (and yields) as of late has been the rise in energy prices, an effect which seems to have been more acute in Europe than the US, perhaps given the latter’s status as a net exporter of both oil and gas, which eases any concerns about a domestic shortage. Gas prices in Europe continue to consolidate below recent highs and there is more focus this morning on a surge higher in oil; WTI has burst above $80 per barrel and now sits above $82, up more than $2.50 on the day, while Brent is up more than $2.0 and in the mid-$84.00s. Positive news about economic reopening in Australia, an easing of travel restrictions in Singapore (good for jet fuel demand), as well as flash flooding and landslide in China which are touted as worsening the domestic power shortage (which has been bullish for crude) are all factors being cited by analysts as support for crude oil prices this morning. There is also a talking point doing the rounds amongst commodity strategists about how OPEC+ might be more confident than during the Trump years in allowing oil prices to surge higher, given that they do not believe the Biden Admin (which is more focussed on renewable energy as part of the “Build Back Better” plan) is going to allow a substantial increase in crude oil output in the country. Recall that there was a boom in US shale output under the less “green-transition” focussed Trump administration. Either way, oil is up, and this is yet again supporting the supply-side (or, as some economists would call it, “cost-push”) inflation narrative.

Unsurprisingly, in a survey of more than 600 market participants conducted by Deutsche Bank at the end of last week, higher inflation and higher bond yields were cited as the top two risks in the market right now. The impact of the Covid-19 pandemic fell out of the monthly survey for the first time since the onset of the pandemic and was replaced by concerns about weaker global growth. This has been an important market theme in recent weeks/months and has arguably been one of the key reasons why equities in the US and Europe backed off from record levels in September and have been unable to stage any meaningful rebound in October. According to the Deutsche survey, 71% of participants expect another 5.0% drop in equities by the year’s end, while 81% expect the next 25bps move in US 10-year yields to be up rather than down. Tuesday sees the release of the IMF’s quarterly World Economic Outlook (global economic forecasts); global GDP growth estimates are likely to see a modest revision lower indicated the institutions managing director recently, a reflection of the growing growth risks that investors have been fretting about in recent months. Danske Bank was out this morning with a note on this very topic, outlining five reasons why they see downside risks to global growth, summarised as 1) slowing Chinese growth (namely due to the impact of the Evergrande crisis), 2) the rise in energy costs eroding purchasing power, 3) rising inflation meaning that, despite rising growth risks, the direction of global central bank policy remains pointed towards tightening, 4) the risk of a new Covid-19 Winter surge with herd-immunity thresholds not met yet in many key economies and 5) ongoing supply chain disruptions which continue to limit manufacturing output.

Taking a quick look at the market this morning; sentiment during the Asia session was mostly positive, with the Hang Seng gaining nearly 2.0% and the Nikkei 225 up more than 1.5%. Positive sounding news about talks between the US Trade Representative Tai and Chinese Vice Premier Lui He about potential tariff and sanction reductions may have helped sentiment in the region, and news that the new Japanese PM is not thinking about any changes to capital gains tax was cited as supporting Japanese equities, though ongoing post-NFP weakness in the yen versus the US dollar (USDJPY has surged to its highest levels since December 2018 around 113.00 amid the rise in US yields) is also helping Japanese exports. The more positive tone to trade is not being reflected in European markets this morning, with the Stoxx 600 down about 0.5%, with the index having found tough resistance this morning at last week’s near-458 highs, which also coincides with the 50DMA. US equity index futures are also lower this morning, with E-mini S&P 500 futures down about 0.4% and Nasdaq 100 futures doing a little worse down 0.6% amid the ongoing rise in global yields. US equities are open today despite bond markets being closed for Columbus Day, but volumes are expected to be low. Indeed, it’s probably going to be a very quiet day today with no major economic events (data or central bank speakers) of note for the rest of the session.

Today’s quiet session will be the calm before the storm. Key events later in the week include; UK jobs, the German October ZEW survey, US August JOLTs and FOMC’s Clarida on Tuesday; US September CPI, a big US 30-year bond auction, the September FOMC minutes and comments from FOMC members Brainard and Bowman on Wednesday; Chinese inflation, Australia September jobs, US September PPI, official US crude inventories and FOMC member Barkin on Thursday; US September retail sales, the US October NY Fed manufacturing survey, the US flash University of Michigan Consumer Sentiment survey and comments from FOMC member Williams on Friday. We also have plenty of commentary from policymakers at other major central banks. Inflation and central bank’s policy will thus be key themes this week. Aside from just the data, keep an eye on gas and oil prices to inform expectations about the former. Moreover, it is worth keeping an eye on Chinese high yield credit markets as a barometer of fears about a financial crisis in the country, with further sharp rises likely to lead to a deterioration in risk appetite owing to further negative revisions to global GDP forecasts.

Finishing with a quick look at FX markets this morning; the Aussie is doing the best in the G10, up about 0.5% on the session versus the US dollar as Covid-19 restrictions in its largest state (by GDP contribution) New South Wales eases Covid-19 restrictions as planned (health authorities have given up on their zero Covid-19 policy). NZD and GBP are the next best performers, both up about 0.2% on the session, with the former rising despite a recent pick up in Covid-19 infections in New Zealand that threatens further lockdown extensions and the latter seemingly deriving some support from hawkish commentary from BoE members over the weekend. For reference, BoE Governor Bailey said he is becoming more concerned about inflation and hinted that upward revision to the bank’s inflation forecasts was coming. Hawkish BoE member Saunders meanwhile endorsed the hawkish rate hike expectations currently priced into UK money markets, which currently show a 90% chance of a 15bps hike to take the Bank Rate to 0.25% by the year’s end. Interestingly, the Deutsche Bank survey mentioned above showed that many market participants think the BoE is at risk of making a policy mistake by being too hawkish. This may reflect concerns that BoE rate hikes might add further headwinds to an economy already struggling with sky-high energy prices, severe supply chain disruptions, waning fiscal support (the furlough scheme and temporary £20 per week boost to universal credit are both now over) and the prospect of a NI tax hike (in April). EUR and CAD are flat and, as noted above, the yen is performing very poorly, with USDJPY up 0.65% on the day as it surges through key long-term levels of resistance as US yields rise.

Trend following strategies could benefit from the USDJPY breakout 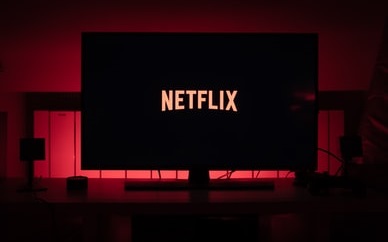