Trend following strategies could benefit from the USDJPY breakout 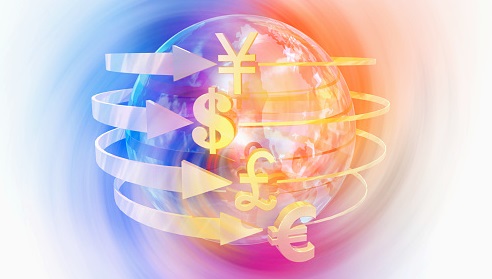 426
SHARES
9.5k
VIEWS
Share on FacebookShare on TwitterShare on WhatsApp

The yen has continued to weaken during the Asia-Pac trading session after USD/JPY broke above important resistance at 112.00 last week. USDJPY is now at its highest level since December 2018, after highs from February 2020 and April 2019 at 112.23 and 112.40 respectively, were also broken. There has been a move out of the fixed income assets like TLT and the weakness in the yen coincides with a rising yield on the 10-year US Treasury note after the release of the non-farm payrolls report on Friday.

For the first time since June 1, the yield on the 10-year US Treasury notes has risen above 1.60%, moving back toward the year-to-date high of 1.77% recorded in March. The 10-year US breakeven rate has also risen, moving back towards the year-to-date high from May at 2.57%. There has also been a break lower in market structure on the Eurodollar futures being attributed to the increase in market-based inflation expectations and hawkish moves by central banks outside of Japan.

Since July 2021 there has been an extremely strong correlation between USD/JPY and US yields.

During Prime Minister Fumio Kishida’s inaugural press conference, he spoke about the possibility of increasing capital gains tax to help redistribute wealth in Japan. According to Kishida, higher earners’ tax rates are falling as income rises, due to capital gains making up a larger portion of higher incomes.

As well as raising wages, Kishida has called for a “new kind of capitalism”. Japan’s equities have performed well under Shinzo ‘Abenomics’ Abe and his 3 arrows policy, making investors nervous about this new direction. According to Japan’s new trade minister, the new government will not be “beholden to Abenomics”. FX markets’ limited reaction is likely related to the upcoming general election on 31st Oct, in which Kishisa has decided to seek an early mandate form the country’s voters and the expected fiscal stimulus package in the wake of a general election.

The ActivTrader sentiment indicator is showing that the traders on the platform are extremely bullish the Japanese yen as both the USD and CAD are being shorted against the JPY. Last week I highlighted a 21-year descending trendline that the CADJPY was approaching and the longer the traders are this bearish the CADJPY the more likely there is to be a significant breakout to the upside. Especially if there is a new stimulus package for Japan and the price of crude keeps rising towards $90 per barrel.

The MACD on the H1 chart of the USDJPY is showing how bullish the move is and the rate of change to the upside has gone a long distance from the breakout of the 112.00 level, which make is harder to find an entry. Ideally, we would get a test of that old resistance and have it set up a level of support from which to trade from. Assuming that doesn’t happen, we must revert to the dynamic support of the moving averages. A pull back to the 20 or 50-period moving average could be the key trend following strategy to deploy in the next couple of weeks until we get to the general election at least. All the while keeping an eye on inflation expectations and the treasury yields.

A pivotal week awaits the markets, with the FOMC on Wednesday