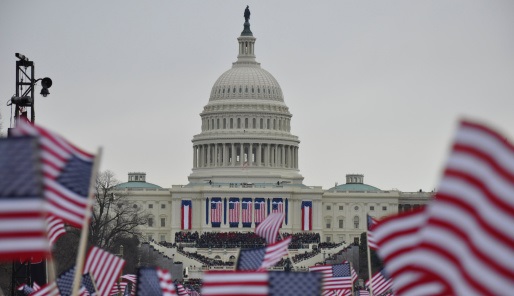 872
SHARES
13.4k
VIEWS
Share on FacebookShare on TwitterShare on WhatsApp

No doubt the FOMC made sure to deliver a cautious tone, so financial market participants do not get too far ahead of themselves with the new “enhanced guidance”. Naturally, any form of enhanced guidance will lead traders and investors to start to think that the FED may be preparing to “taper” QE.

FOMC members noted that “with the pandemic worsening across the country, the expansion was expected to slow even further in coming months”. Markets will be calmed by the thought that the central bank will continue to offer support to economy and increase their clarity and transparency towards QE4.

Markets reacted to the news with traders choosing to sell gold, and buy bonds, stocks, and the US dollar. However, financial markets also had to weigh up the events in Washington DC around the same time, so the overall market reaction became somewhat skewed.

The US dollar is currently in limbo as European markets open with traders and investors still digesting the release of yesterday’s FOMC meeting minutes, and the unprecedented events that unfolded in Washington DC yesterday as protestors stormed Capitol Hill.

The situation now appears to be stabilizing in Americas capital city as US Congress have resumed and continue to debate the contested election results in a number of key swing states. Latest news reports suggest that Republicans are now debating the Pennsylvania and Wisconsin election results and may be in for a long evening.

Additionally, traders will have to contend with the prospect of the December Non-farm payrolls number on Friday, which has additional risks surrounding it now following the sombre December ADP private sector report, which contracted by -123,000.

In terms of data during the European session, the EU economy is set to release a raft of important economic data from the month of December. Traders look to EU Consumer Price Index, Consumer Confidence, Retail Sales, Business Confidence, and Industrial Confidence.

The European Union also releases its Economic Bulletin, which replaced the Monthly Bulletin, and is released two weeks after the European Central Bank policy meeting.

EU CPI and Retail Sales are likely to be closely watched. Retail Sales could throw in a few surprises as expectations are currently set very low, with market participants looking for a negative 3.4 percent headline number.

The EURUSD currency has recover back above the 1.2300 level at the time of writing and is certainly on the cusp of its next major move. EU indices also look very bullish at the moment, especially the Ger30 and the CAC40.

FTSE100 and Sterling traders will also be on alert as the United Kingdom economy releases PMI Construction data this morning. The FTSE100 is exploding to the upside at the moment as oil related stocks continue to make stupendous gains. Sterling is trading with more of a cautious tone as traders struggle with the 1.3600 handle ahead of tomorrow’s big jobs number.

Perhaps the highlight of the day will be the release of the Weekly and Continuing Jobless Claims from the United States economy. The weekly jobs report is always important, but with the Non-farm payrolls set for release tomorrow, and COVID-19 infections rising, the release will take on extra importance for financial markets.