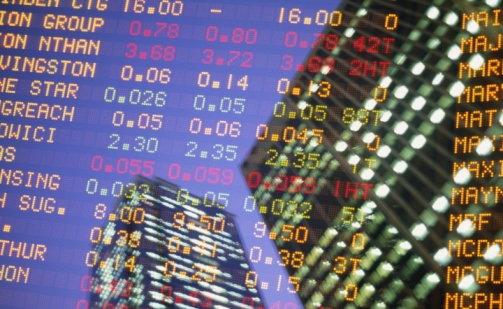 339
SHARES
8.4k
VIEWS
Share on FacebookShare on TwitterShare on WhatsApp

Since the return of US market participants to the market on Tuesday after their long weekend, macro sentiment has taken a turn for the worse; the S&P 500 dropped about 0.3% yesterday to close at 4520 and this morning futures briefly dipped under the 4500 mark, though have since stabilised back to close to yesterday’s closing levels. Cyclical stocks underperformed, hence underperformance in the Dow which dropped 0.8% on the session, while Tech held up well, helping the Nasdaq 100 clinch a 0.2% gain for the session. Sentiment then largely failed to pick up during Asia Pacific hours, aside from in Japanese equities which were boosted by positive revisions to Q2 GDP data, and European equities are trading in the red this morning, with the Stoxx 600 down about 0.5% at the time of writing to around 470. The index has recovered sharply from lows already this morning, however, the Stoxx 600 was down well over 1.0% at one point this morning and came close to testing the 465 level and 50DMA just below it at 463.50, a dip which has apparently been used as a buying opportunity.

As to why sentiment has taken a known and volatility has picked up, there is no one clear obvious reason; some analysts are citing familiar Covid-19 concerns (Reuters data somewhat alarming shows that US Covid-19 related deaths in the last two weeks have gone up more than two thirds from the two weeks prior). Others are citing profit-taking with European and US, as well as other major global equity bourses close to record levels ahead of key central bank events later this week, namely the ECB meeting. Some market commentators have raised concerns that ECB President Lagarde might fall foul of another costly communications mishap at tomorrow’s meeting; she needs to perform a balancing act in explaining why the ECB has decided to reduce the pace of PEPP purchases until the programme’s expiry next March without coming across as too hawkish. Other factors that could have encouraged profit-taking include hawkish remarks from FOMC member Bullard last night, the first on the FOMC to give remarks since last Friday’s payroll report (he effectively doubled down on his call for the start of QE to commence quickly) and less dovish than hoped remarks from PBoC officials on Tuesday which has resulted in analysts revising down their expectations for further easing from the bank this year. Regarding the not as dovish as hoped tone of the PBoC, Nomura said “based on the tone and messages from (the PBoC) press conference, we lower the probability of a targeted RRR cut in September-October to 50% from 70% previously”.

Amid the downbeat tone in stock markets, the US dollar has been on the front foot over the last day or so, with the Dollar Index (DXY) moving back above the 92.50 mark and back above its 50DMA at around 92.60. That has seen EURUSD fall back towards 1.1800, GBPUSD slide back under 1.3800 and USDJPY pop back to the upside of the 110.00 mark. Safe-haven demand is not the only factor supporting the US dollar since Tuesday; US bond yields have continued to advance in wake of last Friday’s payroll report, with market participants seemingly focused on 1) the prospect of the ECB reducing the pace of bond-buying under the PEPP and 2) strength in the US labour market as indicated by wage growth and the unemployment rate, rather than the underwhelming gain in headline payroll numbers. While this is not helping USD much versus the euro as European bond yields have also been moving higher in recent days, it is helping USD versus most of the rest of its G10 counterparts. For reference, US 10-year yields as comfortably above 1.35%, though a little off yesterday’s more than one-month highs close to 1.40% and German 10-year yields have surged to the north of the -0.35% mark. The US dollar and US bond markets will now be focused on US data in the form of July JOLTs Job-Opening numbers, following by speeches from influential FOMC member Williams and hawkish FOMC member Kaplan ahead of the release of the Fed’s Beige Book and a US government 10-year note auction. Job Openings should remain at record levels and well above the total number of unemployed persons in the US, which will support hawkish remarks from Bullard last night that labour demand is not a problem, and markets will be looking for any indications as to the Fed’s QE taper timeline from Williams.

Broadly speaking, FX markets are pretty quiet this morning as market participants await some of the above-mentioned key events later in the week, with G10 majors no more than 0.1% up or down on the day versus the dollar. One key event not already alluded to above is today’s Bank of Canada policy decision; given recent downbeat GDP numbers for Q2 and the month of July, the BoC is not expected to press ahead with further tapering of the weekly pace of QE purchases (currently at CAD 2B per week). The proximity of parliamentary elections is another reason why there are unlikely to be any surprises from today’s statement only monetary policy decision. The statement is going to need to acknowledge recent GDP weakness that puts the bank’s lofty forecasts for 7.3% GDP growth this year under threat, but the BoC is likely to maintain an upbeat stance on the medium-term prospects for the economy. Money markets continue to fully price a 25bps hike from the BoC by September 2022, meaning markets still expect the bank to begin hiking ahead of the Fed. As long as today’s meeting doesn’t shift this dichotomy too much, relative BoC hawkishness should remain a net positive for the Loonie.

Quickly finishing up with a quick look at commodity markets; despite downside in stock markets, crude oil has been on the front foot today. WTI is this morning pushing towards the $69.50 mark, up about $1.0 (or nearly 1.5%) on the session. Traders are citing a “slow” recovery of output from the recently hurricane-hit Gulf of Mexico, where 80% of production reportedly still remains offline (the region accounts for 17% of total US output). Strategists suspect refineries are recovering faster, which could result in larger than expected draws on crude oil inventories in the coming weeks. There are also fears of more disruption as another storm builds nearby. For now, the main focus for crude oil market participants is on holiday-delayed inventory data, beginning with the weekly Private API report at 2130BST today and followed by the weekly EIA report tomorrow at 1600BST. Turning to precious metals; spot gold prices have fallen under the key $1800 level again weighed by the ongoing rise in the US dollar and US bond yields. The precious metal is at risk of further downside should FOMC speakers today come across as hawkish.

US JOLTs Job Openings data for July, the latest BoC policy decision and monetary policy statement and the Canadian August Ivey PMI survey are all scheduled for release at 1500BST. We then have a 10-year US bond auction at 1800BST followed by remarks from FOMC’s Williams 10 minutes later, ahead of the release of the latest Fed Beige Book at 1900BST.