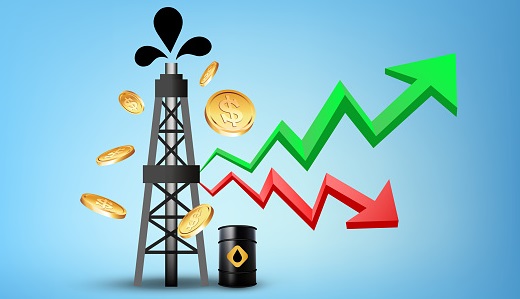 431
SHARES
12.7k
VIEWS
Share on FacebookShare on TwitterShare on WhatsApp 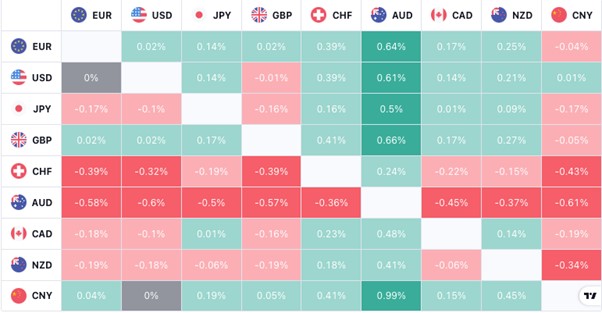 The markets could all flip one more time today as we have the highly anticipated FOMC meeting minutes due to drop this evening. Currently the forex markets are reflecting what is happening in the commodity and equity assets. There has been a major shift into the euro, US dollar, pound and Chinese yuan. The Aussie and Kiwi have lost a lot of ground as has the CAD.

The biggest catalyst came from the EIA report that dropped this afternoon along with news that the US is releasing 180 million barrels of oil and are joined by allies who will be releasing a further 60 million barrels from reserves. US weekly crude stocks are up by 2.421 million barrels, though gasoline stocks did come in under expectations. Distillates which usually equate to the economic activity through the use of diesel were higher than expected though lower than the previous week. 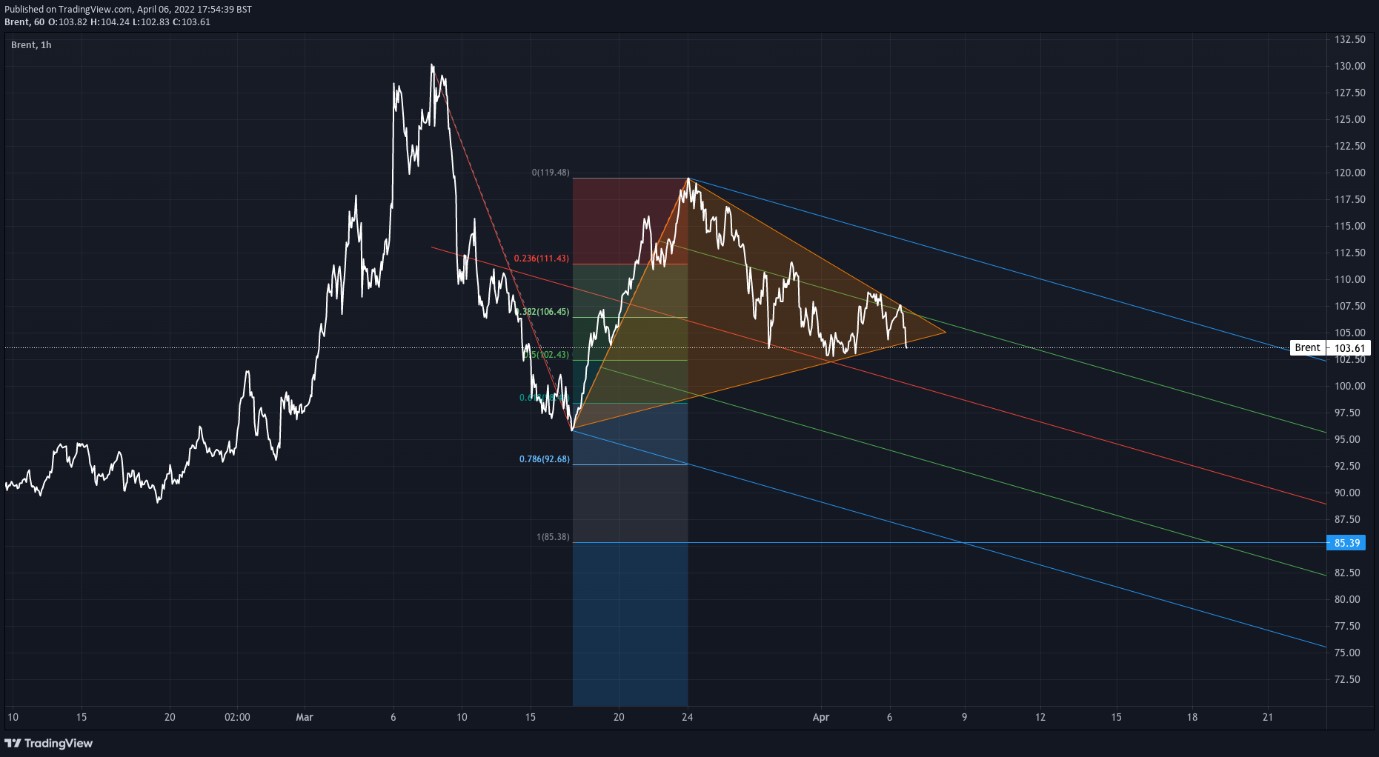 Brent broke lower and out of the consolidation pattern and it has to be said quite close to the apex. So now traders are trying to project where the price may go. The obvious level to the downside for me is the $80 per barrel as that is historically a very heavily traded level.

The ActivTrader sentiment indicator shows that the war in Ukraine and the disruptions to Russian oil through sanctions is making traders feel that energy prices should continue higher. The trade is very crowded now, so a pullback to value would be healthy, though it would also stop out a lot of these traders which are long. 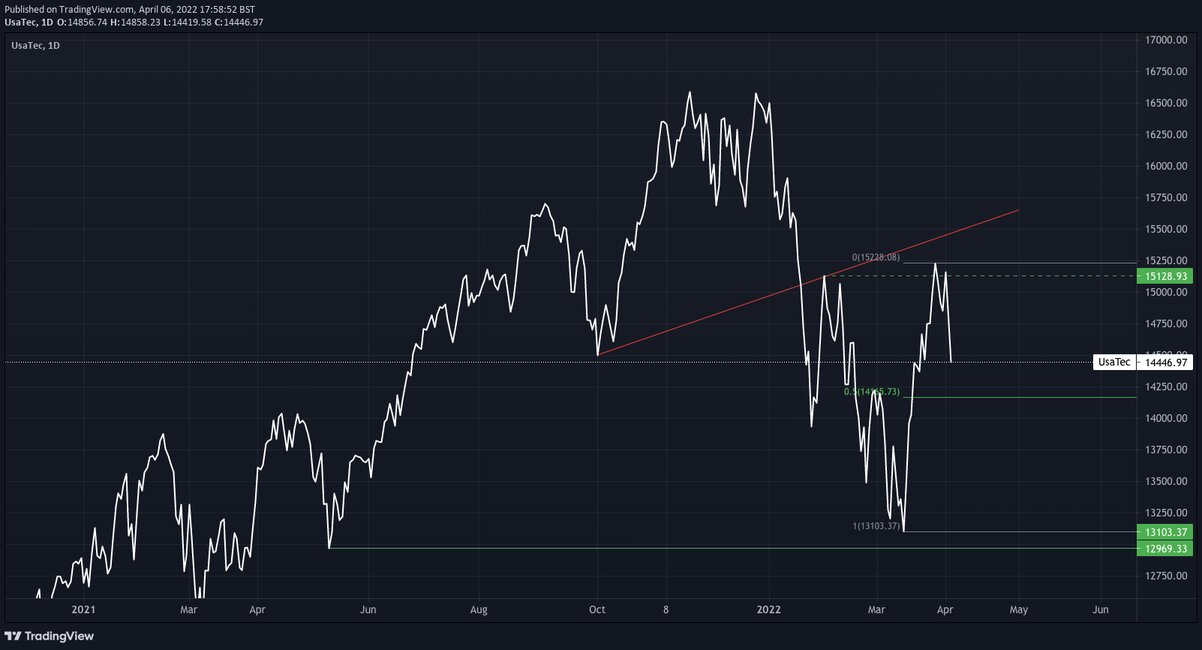 The inflation fuelled rate hike cycle is now weighing on the Nasdaq and all the indices bar the FTSE. Looking at the closing prices it is obvious to see that a lot of traders would have been possibly trading short based on something like a head and shoulders patter. The recent swing high, points to further upside to come, but I am certainly not trying to buy at these levels until we get a confirmed higher high. If the Fed are on track to induce a stock market sell off, recession and financial tightening to cool inflation, the March lows become a target and we should be looking for levels much lower. The reaction around 14,000 should give us an indication of whether there are any buyers left in this market. 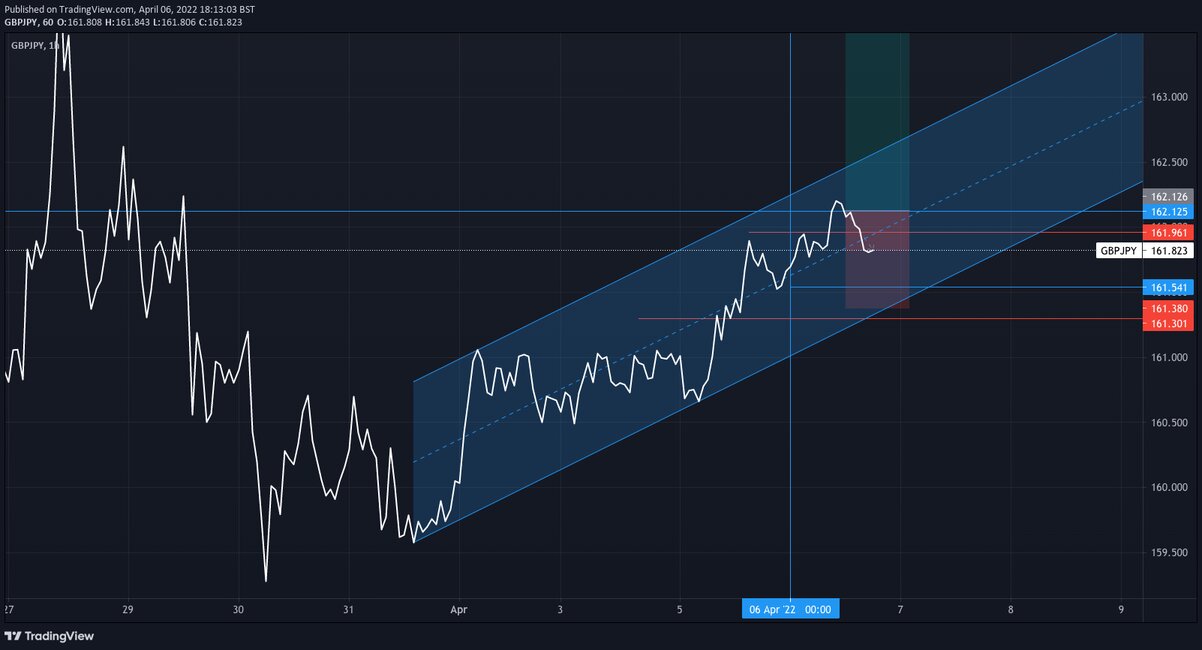 This morning’s GBPJPY long trade is currently underwater as the yen got a lift from the softening energy prices. The trade idea is still valid though it is always easier when you get a quick breakout and not a drift lower. This price action does not really inspire me to want to hold overnight. The yen is often tracking the US yield curves but it would also appear to be dislocating from them too ahead of the FOMC meeting minutes. 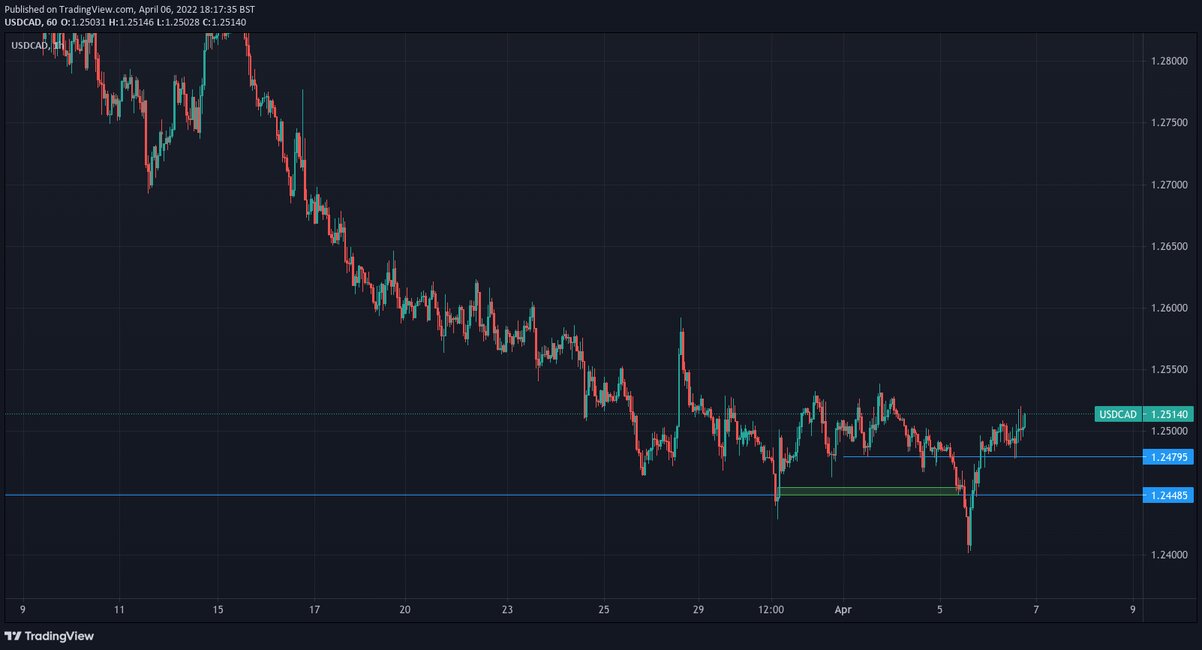 One chart that does make sense is the USDCAD. The US dollar is rising, the energy prices in oil especially are currently falling, so we should be looking to get long the USDCAD. 1.2700 is also the first major old level of support, so that would make a great target to the upside.