Spot gold back within striking distance of the $1800 level, what next for the precious metal? 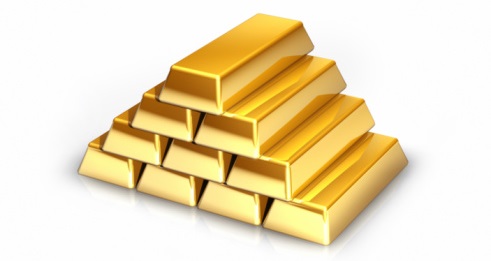 267
SHARES
9.3k
VIEWS
Share on FacebookShare on TwitterShare on WhatsApp

Following a snoozefest of a July in terms of price action for spot gold (XAUUSD), August has been a much more volatile affair thus far. Having spent weeks trading between roughly the $1790-$1830 levels, spot gold was abruptly sent tumbling at the start of the month by a stronger than expected US labour market report and a hawkish turn in the tone of FOMC rhetoric with regards to the bank’s QE tapering plans. In two sessions (6th and 9th of August), XAUUSD has dropped from above $1800 to equally yearly lows set back at the end of Q1 around $1680. However, the recovery from these lows since then has been impressive to say the least. As of the morning of Wednesday the 18th of August, spot gold is trading back in the $1780s, up about 6.5% from monthly lows and now less than 1.0% lower than its pre-strong US jobs data levels.

As to why gold has been able to recover to strongly in recent days, market commentators/analysts have cited 1) ongoing concerns about the global spread of the delta Covid-19 variant and the damage it might do to the global recovery (much of Australia in lockdown, New Zealand now in lockdown, state of emergencies being extended in Japan, cases still up in China and rising in the US, where mask mandates have been reimposed), 2) a more recent downturn in US data (we had bad August Consumer Sentiment data last Friday, a worse than expected August NY Fed Manufacturing survey on Monday and then a greater than expected slowdown in July Retail Sales, which came out on Tuesday), 3) continued weakness in Chinese data (July Retail Sales and Industrial Production slowed much more than expected, this coming after months of moderation in Chinese PMIs, which follows on from a sharp deceleration in the country’s credit impulse) and 4) geopolitical concerns following the collapse of the western-backed Afghan government following the US military withdrawal from the country and the implications of the return to power there of the Taliban.

What next for gold?

The most immediate hurdle for gold traders to clear is today’s release of the minutes of the July FOMC meeting. Since the meeting, and amid further evidence of rapid recovery in the US labour markets, the tone of FOMC policy makers (Chairman Powell aside, given he has barely talked about policy since the last meeting) has become more hawkish. It seems that most want to get on with QE tapering proceeds quickly, announcing plans in the coming months and beginning tapering by the end of the year. Meanwhile, highly influential FOMC member Richard Clarida spoke about how the US economy might be ready for rate hikes by the end of 2022. Thus, it seems likely that today’s FOMC meeting minutes will contain some hawkish undertones. The US dollar has been moving higher in recent days despite weakness in US data, seemingly amid a safe haven bid. If hawkish FOMC minutes add further fuel to this move higher in the DXY (which is now comfortably back above 93.00), then this could be a bad thing for gold.

Over the next few weeks, FOMC policy is set to remain a key force driving gold markets; as noted, Powell has refrained from saying anything new on policy since the last FOMC meeting. It seems that he is waiting for the August 26th-28th Jackson Hole symposium, an annual global central banking event put on by the FOMC, to make the next important policy announcement – this event has often been used as a staging post to announce shifts in policy. Many suspects given the apparent eagerness of so many less senior FOMC members to get on with tapering that Powell might lay the groundwork for a formal QE taper announcement at the September or October FOMC policy meetings later in the year.

However, others suggest that Powell might be a little more cautious. As noted above, recent US data has been poor and points to a deterioration in sentiment, as well as a slowdown of the pace of growth, in the US economy in recent months amid the resurgence of the Covid-19 delta variant. The evidence also points to a continued slowdown in Chinese growth, which bodes poorly for the US. Bond yields remain subdued and below recent peaks as a result, while long-term inflation expectations are also now at their lowest level in over a month, with 10-year break-evens currently sat only just above 2.30%. This is worrying some market participants and might also worry some FOMC members and might be used a reason to be patient and hold off on signalling QE tapering for a few more weeks/months. Note though that one of the reasons for the sharp fall back in US consumer sentiment in recent months has been because of inflation; in that sense, taking steps to slow inflation (i.e. moving towards QE tapering) might actually end up being a long run positive for the US consumer.

As far as gold is concerned, if Powell does signal that an official taper announcement is coming soon at the end of the month, this is likely to be a negative for prices and could push XAUUSD back towards recent monthly lows and the triple bottom at $1680. Conversely, if given the backdrop of heightened Covid-19 concerns, worsening US data and rising global growth concerns, the Fed does opt for a more patient approach, then it seems likely that spot gold will be able to push above its 21, 50 and 200 DMA (all of which sit between the $1780-$1800 levels) and perhaps head on towards recent highs of just under $1840.