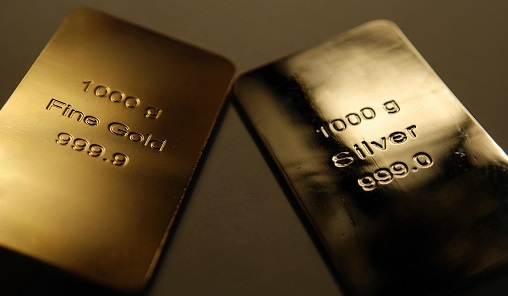 392
SHARES
8.1k
VIEWS
Share on FacebookShare on TwitterShare on WhatsApp

Last Friday saw the release of a very positive US labour market report, which showed 938K jobs being added to the US economy in the month of July, about the same pace of job gains as the month before, and the unemployment rate drop more than expected to 5.4%. The data was broadly interpreted by market participants as boosting the argument being made by hawkish FOMC members for the tapering of the FOMC’s QE programme to begin sooner rather than later, hence the hawkish market reaction that was observed in wake of the data; the Dollar Index (DXY) pushed on to the north of the 92.50 level and currently trades around 92.80 and US 10-year yields surged to the north of the 1.25% mark and briefly above 1.30%, though have eased back this morning to around 1.28%. However, US stock markets were broadly unfazed by upside in the US dollar and bond yields; the S&P 500 ended Friday’s session in the 4430s for another record close, as did the Dow, which closed just to the north of the 35.2K mark. Higher yields weighed modestly on the Nasdaq 100 index, which dropped a modest 0.5%, but remains within striking distance of record levels. Optimism about continued strength in the US economic recovery, as suggested by the strong July labour market report, seems to have trumped fears about an accelerated FOMC monetary policy tightening timeline for now, as far as equity investors are concerned at least.

On Monday, US equities are not much changed in early pre-market trade, with very little fresh news of note over the weekend to drive any price action. Albeit the Covid-19 situation in China continues to concern markets, with the number of new infections being uncovered each day refusing to drop just yet and raising the risk of further widescale restrictions; as things stand, the current set of restrictions include flight cancellations, travel warnings to and from 46 cities, limits on public transport and limits on taxi services in 144 of the worst hit areas, says Reuters. This is being widely touted as the reason why crude oil prices continue to plummet; front-month WTI futures are down nearly 4.0% this morning, dropping from close to $68.00 to the mid-$65.00s. Chinese July trade data over the weekend, which showed export growth slowing more than expected due to Covid-19 restrictions and floods and weaker than expected import growth, is being cited as adding to the concerns about the outlook for Chinese fuel demand. Some crude oil market strategists are also citing supply side factors as bearish; OPEC+ is pressing ahead with a 400K barrel per day output increase this month, despite Covid-19 concerns and is scheduled to continue to increase output by the same amount each month until the middle of next year. All of this is being cited as “bad timing” for a return of supply.

China’s Covid-19 situation will be a key theme for markets in the coming week. Any signs of broader lockdowns could see financial market contagion spill from crude oil to other asset classes; global equities, which continue to trade near record levels (in the US and Europe, anyway) seem vulnerable. Risk/China sensitive FX, like AUD and NZD, might also suffer under such a scenario. The other key themes of note this week are US focused and include: 1) US Consumer Price Inflation data for the month of July, scheduled for release at 1330BST on Wednesday (could inflation continue to push higher and, in doing so, further undermine the “transitory” argument?) and 2) rhetoric from FOMC speaks (how do they react to the recent jobs report and its implications for monetary policy tightening?). It feels as though the risks presented to FX markets from the above themes are tilted towards more dollar strength than less; FOMC policy makers Bostic and Barkin are both on deck this week and are both likely to take a more hawkish stance, calling for a taper announcement soon (as Fed’s Waller did last week) and perhaps for the taper to proceed quickly to allow for early rate hikes if needed (an argument made by Fed’s Bullard last week). Meanwhile, some economists worry there could be further upside for the YoY rate of consumer price inflation. FOMC members, include Chairman Powell himself, have been shifting their language on inflation recently; whilst they still see the spike as transitory, the view seems to be shifting towards the risks to their forecast being tilted to the upside. Just as last Friday’s strong jobs data did, another hotter than expected inflation report could strengthen the argument for a faster tapering of the Fed’s bond buying programme, which could have a hawkish impact on markets.

Gold deserves a special mention this morning; spot prices cratered in what was a thin liquidity Asia session (Japanese players were away for a market holiday), dropping from around $1760 to hit lows under $1680 in a matter of minutes immediately after the reopen of trade for the week, though have now recovered back to the $1740s. That leaves prices down about 1.0% on the session, after last Friday’s post-strong US jobs data losses of over 2.0%, but prices are up 4.0% from overnight lows. The move, whose catalyst would undoubtedly have been the reaction by Asia markets to last Friday’s US jobs data, had elements of a flash crash to it. Spot gold found significant buying interest at the double bottom set back in March around $1680. As discussed above, the data potentially has hawkish implications for Fed policy decision making, which is a negative for gold, which likes central bank accommodation. Looking ahead for gold, if the outlook for the US dollar and US yields is towards further upside, then things don’t look great for gold. Though the move to the downside is unlikely to be as violent as what was seen overnight, a gradual move back towards the $1680 mark seems likely.

Finishing up by taking a quick look at G10 currencies besides the US dollar this morning; things are pretty flat this morning as markets await fresh catalysts to come later in the week; EURUSD is holding above 1.1750 for now, which was a decent area of support in July, aided by decent German trade numbers this morning and ignoring a weaker than expected August EU Sentix Investor Confidence survey. GBPUSD is holding above 1.3850 but struggling to test the 1.3900 mark ahead of Q2 UK GDP data later in the week. USDJPY is holding above 110.00, AUDUSD is consolidating close to 0.7350 ahead of key Business and Consumer sentiment surveys later in the week and NZDUSD has found buyers at the 0.7000 mark ahead of this week’s inflation expectation report and amid expectations for a 25bps rate hike from the RBNZ as soon as the August 18th meeting.

FOMC members Bostic and Barkin are speaking at 1500BST and 1700BST respectively and it is worth monitoring their comments for opinions on the direction of US monetary policy (i.e. the tapering and rate hiking timelines). Also at 1500BST, US JOLTs Job Openings data for the month of June is out and is expected to show job openings rising to a fresh record high, which should underpin the narrative that it is the labour supply side that is holding the US labour market back from being at its pre-pandemic levels rather than the demand side.