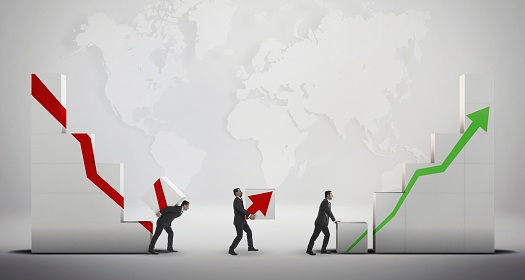 343
SHARES
9k
VIEWS
Share on FacebookShare on TwitterShare on WhatsApp

Global equities have seen further weakness over the course of yesterday and this morning, with S&P 500 index yesterday dropping 1.2% to 4300 and, overnight, falling below this key level for the first time since mid-July, with E-mini S&P 500 futures this morning down a further 0.2%. The Stoxx 600 is seeing similar trading conditions and is also at multi-month lows this morning under the 450 mark. Thus, it was a rough end to September and Q3 for both indices and is looking to be a rough start to October. For reference, the S&P 500 dropped nearly 5% in September, which is historically the worst performing month of the year for the index, and the Stoxx 600 lost about 3.4%. That was broadly in line with losses of about 4.5% sustained in one widely followed index of global equities, the MSCI World index.

Globally, equities suffered in September amid a combination of fears about 1) the impact on Chinese and economic conditions amid the collapse of giant Chinese property developer Evergrande, 2) the impact on the global economy amid a surge in energy prices (led by natural gas) and how this might influence inflation, 3) more hawkish than expected policy guidance/developments from global central banks (with the main focus being on the Fed signalling rate hikes in 2022 and money markets betting that the BoE will start hiking in Q1 2022), 4) political turmoil in the US and a looming debt ceiling and 5) growing evidence of global supply chain weakness (the fuel crisis in the UK and an increasing number of US companies highlight supply chain issues hitting margins).

News last night that Chinese authorities had ordered energy companies there to secure energy supplies “at all costs” is likely to feed into further concerns about the second point cited above (the energy crisis) and seemed to weigh on sentiment in the Asia Pacific region at the time. Chinese market participants are now on holiday for a week for Golden Week celebrations and, subsequently, low liquidity conditions in the region may leave it vulnerable to volatility in the coming days. However, with China on holiday, we may also see the news flow surrounding Evergrande abate, which could offer some respite for those sectors hardest hit by recent developments on this topic.

Back to equity markets, it is worth noting that both the S&P 500 and Stoxx 600 still managed to hold onto gains of about 0.2% and 0.5% for the quarter. Deutsche Bank made an important point this morning that, whilst there has been a lot of bad news recently for equity investors to be pessimistic about (listed above), some of the worst fears about how the global wave of delta Covid-19 variant infections would impact the economy have not come to fruition. Indeed, it seems the wave of infections has only really managed to hobble or slow the global recovery, rather than derail it. Nonetheless, equity investors will be relieved that September and Q3 has finally come to an end, but historically, conditions can be bumpy in October too. Most notably, two major 20th century crashes on Wall Street, the start of the great recession bear market in 1929 and Black Monday in 1987 both happened in October, though in the last 30-years, October has actually only been the fourth-worst month for the S&P 500 (above September, August and June). A key theme for this October will be whether US lawmakers can avoid an accidental US default; Congress managed last night to pass a bill that will fund the government into early December, meaning there will not be a government shutdown.

However, the issue of the suspension of the debt ceiling remains and the 18th of October deadline to get it suspended/lifted/cancelled (a date highlighted by Treasury Secretary Yellen) looms. Congressional Republicans refuse to help the Democrats do this (as it is typically a very unpopular move with their base), meaning the Democrats are going to have to go down the route of budget reconciliation (which enables to get the debt limit suspension bill, alongside any other spending provisions, through the Senate with a simple majority). That would be easy if the Democrats were actually unified on major economic issues such as the implementation of Biden’s economic agenda. But currently, there is a division between the progressive wing of the party and the more fiscally moderate wing and that is preventing the reconciliation process from getting started, as well as preventing a vote on the $1T infrastructure package. Things will continue to be very noisy on this front, but most analysts seem to suspect that a deal on debt limit suspension is likely to be done at the last minute (as has been the case in the past) and any default will be avoided (which would be a relief for markets). But prior to this, further gridlock and a looming default may well weigh on sentiment.

Looking at other asset classes, bonds have seemingly managed to reclaim their safe haven status in the latter part of this week; US 10-year yields are now back to just below 1.50% having been as high as 1.55% for three consecutive days this week (Tuesday, Wednesday and Thursday) – remember, when yields fall, that implies bond prices have gone up. Meanwhile, German 10-year yields are falling back towards -0.25% having been above -0.20% for a significant portion of the week, indicative of wider trading conditions in European bond markets. Despite recent stabilisation, bonds (like equities) had a rough month in September, with US 10-year yields up just under 20bps on the month and German 10-year yields up a similar margin. Bonds were weighed by many of the same factors plaguing equities, such as increased inflation fears amid energy price rises and further evidence of severe supply chain disruptions, as well as a more hawkish tone from key central banks. With bonds and equities selling off in tandem, the US dollar was thus one of the key safe havens of choice last month, with the DXY rallying from lows around 92.00 to current levels above 94.00. With US bonds performing a little better and yields off highs, the buck has thus also come off highs, but so long as it remains supported to the north of the 94.00 level, its short-term bullish momentum appears to remain intact.

USD traders will look to a raft of important US data releases today including August Core PCE numbers (the Fed’s favoured inflation gauge) and Personal Income and Spending figures, all set for release at 1330BST. Then, focus will turn to the widely followed ISM Manufacturing PMI survey, out at 1500BST, with markets likely to be particularly sensitive to the prices paid subindex and further comments by survey participants about supply chain issues. The final version of the University of Michigan Consumer Sentiment Survey will also be out at 1500BST. Otherwise, it is set to be a fairly quiet end to a noisy week. With the dollar coming off this morning, some of the recently hard-hit G10 currencies like GBP and NZD have been afforded a chance to recover and GBPUSD is up about 0.5% to above 1.3500, while NZDUSD is up about 0.4% to back above 0.6900. FX analysts noted that both currencies were likely weighed by position adjustment this week, contributing to their underperformance, as positioning data showed investors long both heading into the week. AUD is also up about 0.4%, despite domestic stock markets having been weighed by a slowdown in manufacturing PMI in September, rising Covid-19 infections and a trade-talk set back with the EU (retaliation for Australia’s snubbing of France over their submarines when it instead opted to join AUKUS). Meanwhile, the euro is up about 0.2%, having not paid too much attention to a raft of important Eurozone data points this morning which included the latest flash CPI numbers (Eurozone inflation rose to 3.4% in September, a little above expectations) and weaker than expected German retail sales numbers.

Forex strategy for EURGBP which found resistance at 0.8600 again