385
SHARES
12.3k
VIEWS
Share on FacebookShare on TwitterShare on WhatsApp

A 50bp rate rise was announced by the Reserve Bank of New Zealand during the Asia-Pacific session in response to rising inflationary risks. Markets expected a 25bp rate hike, but the hike was larger and signals that central banks currently in the rate hike cycle will act more aggressively now. In the face of persistently high inflation, this is the fourth straight rate hike. Annual CPI is expected to peak around 7% in H1 2022, and the ‘path of least regret’ is to increase the OCR by more now, rather than later, to head off rising inflation expectations. It remains to be seen whether the lore that high prices are the best cure is true. This policy decision may just keep raising the cost of credit and making it harder for consumers, but not hard enough that they stop consuming.

The Bank of Canada is expected to raise interest rates by 50 basis points to 1% later today, reflecting higher inflation and positive economic fundamentals, including higher energy prices. A reduction of the BoC’s balance sheet is expected to begin. 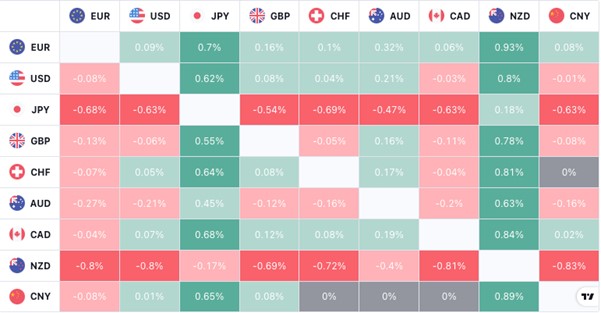 Following the RBNZ rate decision the forex markets are showing a decline in the relative strength in the Kiwi and Aussie, with flows into the euro and CAD. 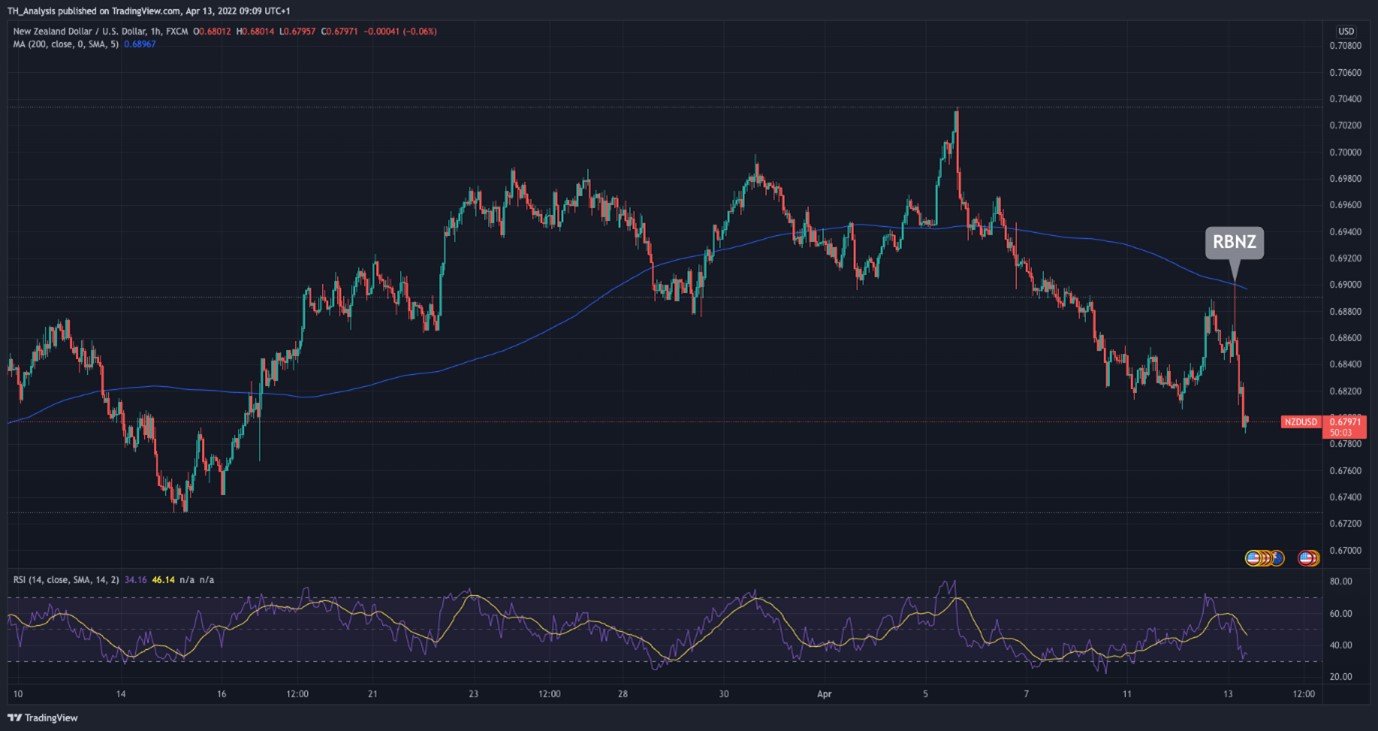 The NZDUSD touched the 200-period moving average on the H1 chart following the decision by the RBNZ and then rejected that dynamic resistance and the 0.6900 level. The 0.67200 is in play as there should be some liquidity below that significant swing low and I’ll be looking to sell any rips today. 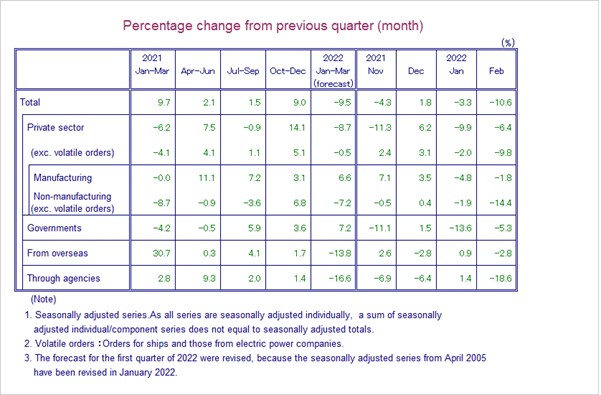 Japan’s core machinery orders posted their most significant monthly drop in almost two years in February. This is due to a steep decline in demand from IT and other service firms. With rising energy and raw materials costs as well as a squeeze on profits, the data reinforced concerns that Japanese firms are holding off on investments, fuelling concerns about the pace of economic growth as Japan strives to return to pre-pandemic levels. 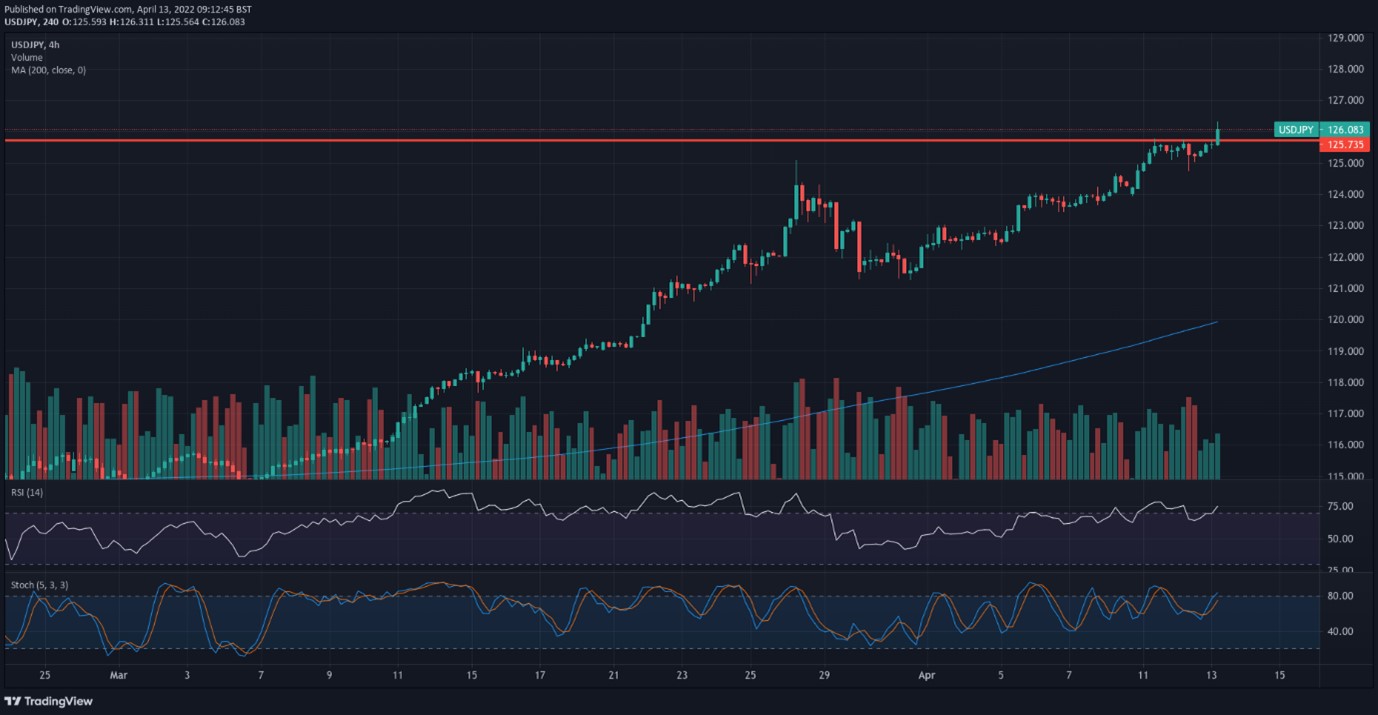 The H4 chart shows that the USDJPY continues to push through significant levels of past resistance and that the RSI can stay overbought longer than you can stay solvent. 91% of traders on the ActivTrader platform are attempting to short this currency pair, so we are very likely to go higher.

The Consumer Price Index (CPI) in the United Kingdom increased to 7% in March from 7% a year ago, according to the Office for National Statistics. 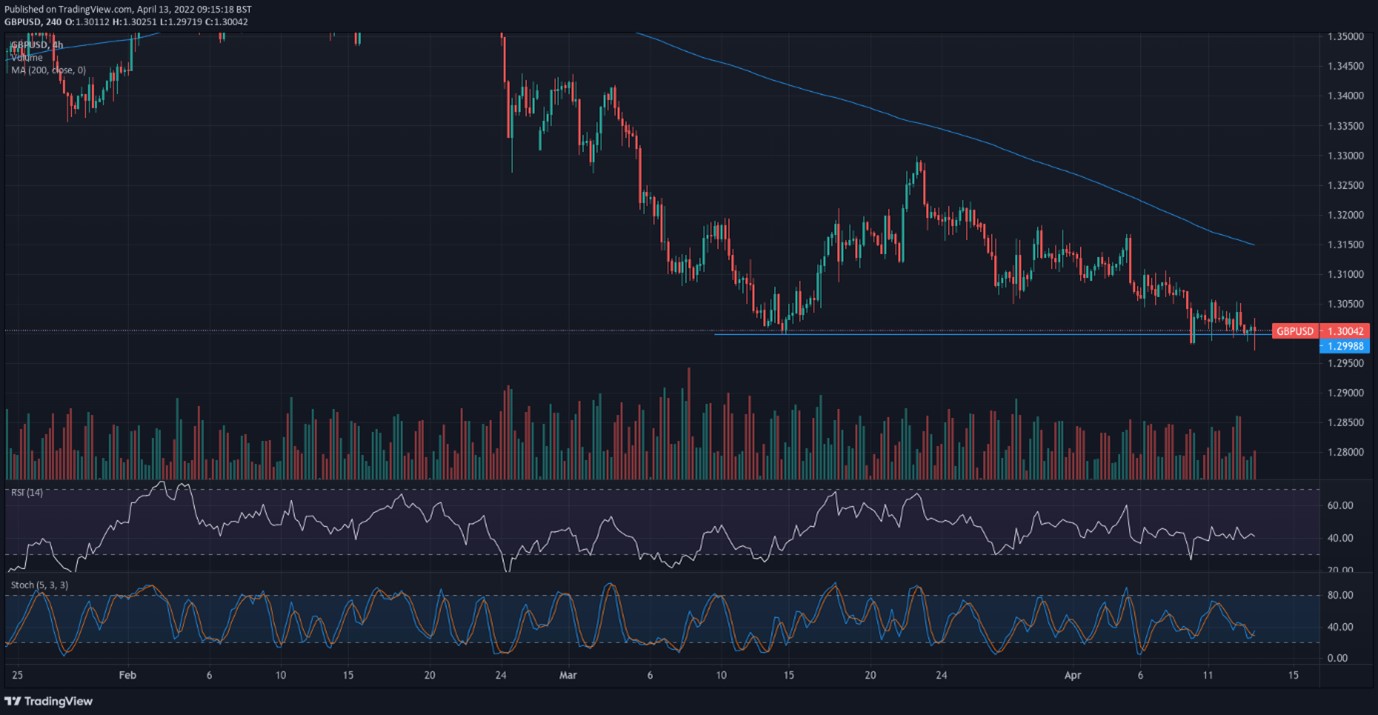 Cable has had a look below some recent lows but is finding the 1.3000 a very strong magnet. There is positive divergence occurring on the oscillators compared with the price action, so some 70% of traders on the ActivTrader platform, maybe thinking this goes higher soon. Personally, I am looking for levels to short again whilst we trade under the 1.3050 level. 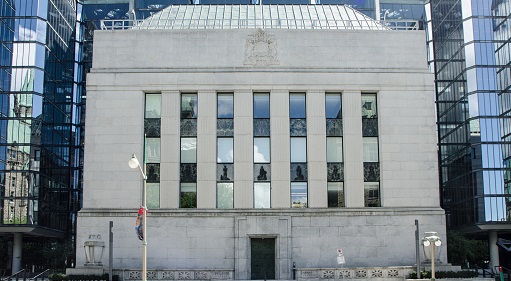