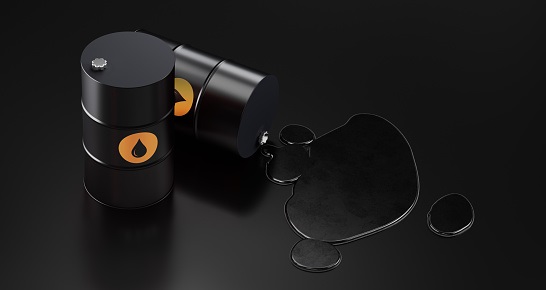 306
SHARES
8.7k
VIEWS
Share on FacebookShare on TwitterShare on WhatsApp

The June WTI contract is rising on improving demand sentiment and steady output increases from OPEC, with the price approaching $70 a barrel for the first time in nearly 3 years. The EIA STEO cut the 2021 world oil demand growth forecast by 10k barrels per day (BPD), with US 2021 crude output forecasts expected to be 11.08 million bpd. The EIA also raised their US petroleum demand figures to 19.61 million bpd for 2021.

The USDCAD held on to today’s gains as the US dollar failed to hold below $90. An improving outlook for the price of oil should see the Canadian dollar appreciate further against the US dollar in the coming weeks.

One of the reasons the US dollar held up today is in part due to the narrowing of the US trade gap, which narrowed to $68.9 billion in April of 2021. The deficit with China decreased $7.1 billion to $32.4 billion as imports declined.

The FTSE100 and DAX were both little unchanged, with the UK’s top 100 companies benefiting from higher energy prices, whereas the German data out today had the reverse effect on the German benchmark exchange. Investors are weighing up the perceived optimism over the region’s economic recovery versus the fears around covid-19 variants and related measures. Germany’s industrial production declined 1% in April compared to the month prior, failing to meet analysts’ expectations, while base effects led industrial output in Germany to rise exponentially 26.4% year on year.

Soon after we had received news out of the German factories data, the ZEW Indicator of Economic Sentiment for Germany fell to 79.8 in June of 2021. The fall from an over 21-year high of 84.4 in May to below market forecasts this month cannot be used to predict the future, but traders will want to see an improved figure next month.

“The economic recovery is progressing. Although the ZEW Indicator of Economic Sentiment has experienced a drop in June, it remains at a very high level. The decline in expectations is probably largely due to the considerably better assessment of the economic situation, which is now back at pre-crisis levels. The financial market experts therefore continue to expect a strong economic recovery for the next six months,” ZEW President Professor Achim Wambach commented.

Job openings in the US rose by almost 1.0 million from the previous month to a high of 9.286 million in April 2021. The Job Openings and Labour Turnover Survey (JOLTS) unfortunately showed no improvement in the uptake of these jobs, but the separation rate rose by 0.2 percentage points from March to 4% in April. The quits rate grew 0.2 percentage points month-on-month, while the layoffs and discharges rate declined by 0.1 percentage point to land at 1%.

Currently the EURUSD is ranging under the 1.2200 price level as we wait for some market moving news from the likes of the US CPI. The EURUSD is down -0.08% today but is up 7.84% year on year. This week’s price action is within last week’s price range so a break of the previous week’s high or low, may be the first indication of the next directional move.

Gold rises in step with US 10-year Breakeven Inflation Rate

This Weeks Economic Calendar Review With Joel And Nev