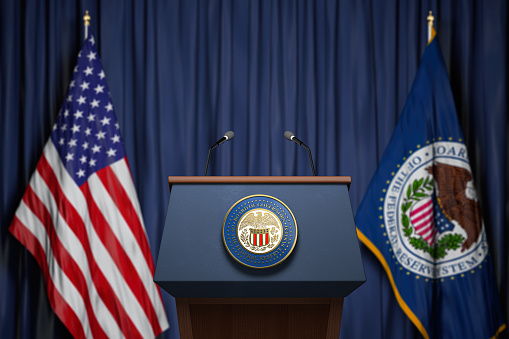 436
SHARES
14.6k
VIEWS
Share on FacebookShare on TwitterShare on WhatsApp

Investors are tense ahead of the Federal Reserve’s annual symposium in Jackson Hole, Wyoming on Friday, where Fed Chair Powell is widely tipped to reiterate his commitment to fighting inflation and curb hopes for rate cuts next year.

Federal Reserve members have been turning up the hawkish rhetoric in recent weeks, the market is on edge after the recent downturn in Service sector data across the United States.

It is possible that unless CPI in the United States comes down significantly on a year-on-year comparison basis then the Federal Reserve are likely to continue aggressive rate hike action.

Jerome Powell is expected to offer some clues on whether the next policy announcement September 21 will result in another 75-basis point rate hike or an eased increase of 0.50%.

More than likely Powell will give subtle hints about the next course of action rather than spook financial markets. Powell is likely to indirectly hint at the same course action.

Energy prices continue to dominate the market narrative ahead of the Jackson Hole energy. Natural Gas prices are surging at a record pace while Oil is rising after a government report showed the US is exporting a record number of crude and refined products.

Petroleum news is another big theme for the markets in general aside from Jackson Hole as the market is basically waiting to learn whether nuclear negotiations will clear a path for Iran to sell more oil.

Stocks markets are in recovery mode after last week’s drubbing. The leading three indices in the United States, the S&P 500, DJIA, and Nasdaq are braced for further gains.

The US dollar index has failed to break out to a new yearly high thus far, despite last week recovery, which was in fact the strongly weekly performance in two-year.

Currency traders are focused on both the euro and the sterling. The EURUSD pair has very limited support below the 98.60 level while sterling is on the cusp of breaking down below 2016 levels.

EURUSD Technical Analysis – Where Is The Support?

EURUSD Technical Analysis - Where Is The Support?