Midday Brief – US GDP in focus ahead of Jackson Hole Symposium 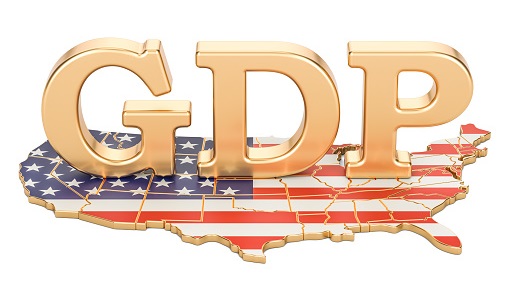 456
SHARES
15.2k
VIEWS
Share on FacebookShare on TwitterShare on WhatsApp

AUDJPY rallied by +0.57% post-BoJ Nakamura’s dovish outlook. The Japanese Yen was relatively weaker than AUD as BoJ Nakamura made an emphasis on an ultra-loose monetary policy despite soaring inflation. Chinese attempt to revive its sluggish economy by injecting a $46 billion stimulus boosted the Australian dollar. The pair rose to a 4-week high at 95.50 and a break above that level could trigger buying pressure towards the 97.00 level, a 7-year high. Traders will be watching the Tokyo CPI data early Friday morning.

USDCHF plunged by -0.50% on Thursday ahead of US GDP data. Investors continue to weigh risks around interest rate hike cycles as markets countdown to Powell’s due on Friday. The Initial Jobless Claims are expected to rise from 250K to 253K adding weakness to the dollar in the near term. The bulls receded from a 0.9670 high towards near-term support at the 0.9600 level. Critical levels to watch out for are the 0.9500 support and 0.9720 resistance.

EURNZD slumped by -0.64% as New Zealand Dollar gets a boost from the commodity rally. The Euro gave in gains amid the energy crisis and a fall in German business confidence as the economy continued to contract. Traders continue to digest the ECB minutes account of July. The pair tanked to the 1.6000 level after bulls got rejected from the 1.6120 level and the next critical level to watch is the 1.5880 level. Traders should pay attention to RBNZ governor Orr’s speech early Friday morning.

European stocks rallied as German data lifted the mood. FTSE100 rallied by +0.50% and upside gains are capped by the 7570 resistance, a failure to break above that high could trigger selling pressure towards the 7450 level. The DAX soared by +0.50% breaking above the near-term resistance at the 13300 level and bulls could rally further towards the 13500 level. CAC40 trimmed most of its gains despite holding on to +0.15% and critical levels to watch are the 6500 resistance and 6300 support.

US stock futures surged higher as markets ponder Powell’s Jackson Hole stance. S&P500 futures rose by +0.50% maintaining a 2-day rally from 4100 near-term support. The 4200 psychological level caps upside gains and a break above that area could open the way for a 4300-level run. Nasdaq100 futures soared by +0.58% claiming the 13000 psychological level and 13200 level could be in sight. However, a trade below the 13000 could trigger selling pressure toward the 12500 level. DJIA index futures added +0.40% although bulls are capped by the 33200 and the next critical level is at the 33500 level.

Gold advanced by +0.75% as bulls reclaimed the 1750 level and a further rally could see the 1800 level in the near term. However, a failure to hold gains above the 1730 level could cause downside pressure toward the 1720 and 1700 levels. The Jackson Hole meeting will be key for gold direction in the near term.

EURUSD Technical Analysis – Where Is The Support?