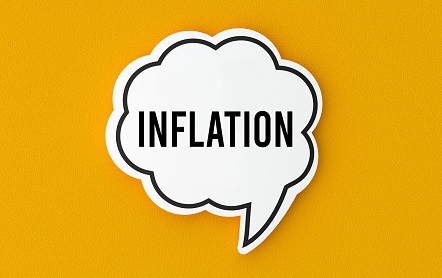 449
SHARES
12.4k
VIEWS
Share on FacebookShare on TwitterShare on WhatsApp

Markets were calmer on Tuesday after the European flash crash on Monday caused by Citigroup Trader’s mistake. The RBA has set a strong hawkish outlook for the Australian dollar after hiking rates to a 12-year high. Inflation remains in the spotlight this week as investors shift their focus to the Fed policy meeting which begins today.

USDCAD remained flat as investors pay attention to the Fed policy meeting that begins today. The Fed is expected to raise interest rates by 50bps weighing a hawkish sentiment on the Dollar. The bullish moment halted at 1.29000 near-term resistance and a break above that area may open room for further upside gains towards the 1.3100 psychological barrier. CAD remains underpinned by falling commodity demand. Traders should pay attention to US Job data and Crude stock inventories.

GBPNZD rose +0.20% ahead of Thursday’s BoE policy meeting. The BoE is poised to raise interest rates by 25bps to a 13-year high. Upside gains are faced with a 1.9600 near-term psychological barrier and a break above that area may reinforce a bullish outlook towards 1.9800. A hold above the 1.9350 is critical to maintaining the bullish outlook in the near term. Traders focus on the RBNZ gov Orr speech later in the European session.

AUDCAD rallied by +0.63% as RBA delivered a supersized rate hike boosting the Australian dollar strength. The RBA raised their raises by 25bps which is better than expected. Bulls managed to defend the 0.9075 support early Asian session, and upside gains remained challenged by the 0.9170 barrier, support turned resistance and a break above that could reinforce bullish appetite towards 0.9200 near-term high. Traders focus on BoC deputy gov Rogers’ speech later in the New York session.

European stocks opened higher in the early European session after a flash crash on Monday. CAC40 was up +0.79% to a 6500.00 resistance, coinciding with a 50-day on the 4-hour chart. A break above that area may see bulls attempting a revisit on the 6600.00 near-term barrier. A failure to break above that high may cause selling pressure towards a 6200.00 support.

US equities futures opened higher as yields trim gains ahead of the FOMC meeting on Wednesday. S&P 500 futures were up by +0.18% early European session after sweeping below the 4100.00 support.

Bulls remain capped by the 4300 resistance and failure to challenge that area may cause selling pressure towards 3800.00 in the near term. Nasdaq futures rose by +0.28% as bulls defended the 12800.00 near-term support. A break above the 13600 will be necessary to change the market outlook.

The Dow Jones gained by +0.12%, although the outlook remains bearish in the near term. Bears may target 32000 psychological figures, however, a break above 34000.00 will be critical to change to a bullish outlook in the near term.

US 10-year yield shaded off gains by +0.13% after touching the 3% ahead of the Fed’s biggest rate hike since 2000. Investors continue to price at 50bps and a critical area to watch is 3.25% which coincides with an 11-year high.