Photo by Raja Sen on Unsplash.

401
SHARES
12.2k
VIEWS
Share on FacebookShare on TwitterShare on WhatsApp

Markets remain cautious ahead of the ECB policy meeting that could pay way to an interest rate hike. The Central bank is expected to announce the imminent end to the large-scale asset purchase later today. In the US, there will be Jobless data today as US inflation data draws closer. Shanghai also sends shockwaves to the markets as they brace for a lockdown to part of its city over the weekend for Covid testing.

EURUSD struggled to hold gains above the 1.0700 level ahead of the ECB policy meeting. The markets are eagerly waiting for the press conference to clear ECB’s plans in ending asset purchases and a signal for rate hikes in the coming weeks. The pair has near term support at 1.0643 and a critical resistance at 1.0800. A break above the 1.0800 may renew bullish appetite towards the 1.1100 high. Investors shift their focus to the ECB press statement later in the day.

GBPJPY plunged by -0.75% from a fresh multi-year peak early Thursday. The pair experienced a sharp retracement from the 6-year high as Pound strength was underpinned by negative RICS House Price Balance.

UK housing data dropped from 80% to 74% indicating a slowing Capital housing market. GBPJPY dropped from 169.97 after sweeping above the 168.40 to near term support at 167.00. The pair has the potential to trade higher ahead of the BoE rate decision next week.

USDCAD trimmed gains to -0.05% as the market remains range-bound ahead of US Jobless Claims. The Initial Jobless Claims are expected to rise from 200K to 210K projecting a negative outlook on the dollar. The pair is capped by a 1.2580 resistance and near-term support at 1.2525. If bulls manage to break above the near-term resistance the 1.2620 high. Traders should watch out for a lineup of BoC members’ speeches later in the New York Session.

US stock equities opened higher as the dollar eases ahead of US Jobless claims. Nasdaq futures rallied by +0.50% and upside gains are capped by the 12800 high and bears with the 12400 support. DJIA index pushed higher by +0.34% although the index remains range-bound between the 33300 resistance and the 32500 support. S&P500 futures rose by +0.27% and critical areas to watch out for are the 4200 resistance and 4075 support.

Oil fluctuates lower as Shanghai plans a lockdown into the weekend underpinning a strong energy market. Brent dropped -0.36% as bulls lost steam below the 124.11 near term resistance. USWTI plunged by -0.53% and critical resistance at 129.36.

EWT analysis suggests a push higher for the US dollar 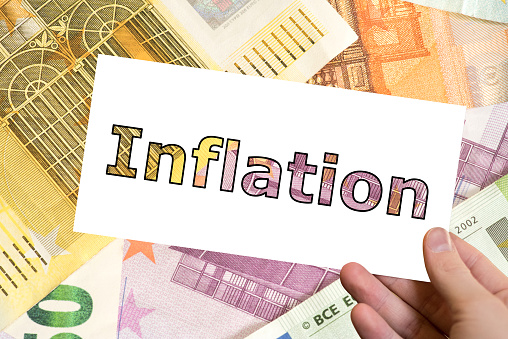