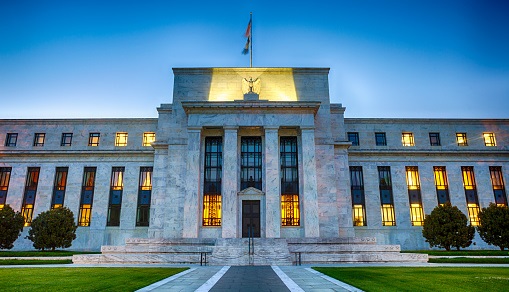 465
SHARES
15.3k
VIEWS
Share on FacebookShare on TwitterShare on WhatsApp

The markets experienced a risk-off mood as the US dollar rebounded following Fed speakers’ dash of rate pivot hopes. Markets remain cautious ahead of the Fed speakers lineup including FOMC member Bullard, FOMC’s Bowman and Mester. Moreso, UK’s MPC member Pill and Tenreyro will be speaking, while investors are closely watching the UK Autumn Budget statement today. The drop in Euro inflation triggered market pricing down on ECB tightening from 75bps to 50bps.

GBPCAD pared early morning gains by -0.23% as traders await the UK government budget update. The British Chancellor Jeremy Hunt is set to deliver an Autumn budget to the parliament later in the day. In Canada, the Core Consumer Price Index {MoM} remained at 0.4% in October while CPI {YoY} remained at 6.9%. The oil-linked CAD is stronger against the pound despite the European session’s decline in oil prices. Bulls got rejected at the 1.5920 level while bears may retest at 1.5800 and 1.5720. to the upside, bulls may set targets at 1.600 a high last seen in June.

EURAUD rallied by +0.41% following the EU’s CPI data and Australian employment data. In October headline inflation in Europe surged to 10.6% missing estimates of 10.7%. The core figures dropped to 0.6% from 1.0% in the previous month. Employment change in Australia surged to 32.2K from -3.8K causing the unemployment rate to decline to 3.4% from the 3.6% expected. This however failed to lift the AUD against the EUR. Bulls continued from yesterday’s rally although they may face resistance at 1.5600 and 1.5700 psychological resistances.

USDJPY soared by +0.22% ahead of the release of US economic data. There will be a release of US Housing data, the Philly Fed manufacturing index and Initial Jobless Claims. The Japanese Yen suffered losses as economic data miss expectations. The trade balance dropped to -2, 163.3B from an expected -1.610.0 B while Exports YoY data for October plunged to 25.3% against the 28.1% forecasted. The pair bounced off a 139.00 support level and upside gains are capped by the 141.00 resistance, a 5-day high.

European stocks were mixed during the European session as investors focus on today’s UK Autumn Budget statement. The FTSE100 edged lower by -0.11% from the 7350 resistance and the key support level is at the 7250 level. CAC40 lost by -0.40% as prices continue to trade between the 6700 high and 6450 low. DAX rallied by +0.30% underpinned by the rising energy demand. Critical levels to watch out for are the 14400 resistance and 13950 support if bears break below the 14150 level.

US stock futures slipped as investors assess mixed economic data. The S&P500 futures dropped -0.21% to the 3950-support level as bulls stalled below the 4000-resistance level. A break below that support could trigger selling pressure towards the 3800 psychological level. Nasdaq100 futures plunged by -0.25% as upside gains face resistance at the 11800 level and downside targets could be at 11200 if 11600 near-term support fails to hold. DJIA index futures slumped by -0.29% as bulls retreated from the 33750 level to 33500 near-term support. However, bears may target a 33000 level in the near term.

Crude oil markets extended dropped following the US dollar rebound ahead of FOMC members’ lineup. The USWTI crude oil inventories plunged by -1.16% to 84.00 level and critical levels to watch out for are the 88.00 resistance and 82.50 support level. Brent crude oil slumped by -0.92% and is currently trading above the 92.00 near-term support.