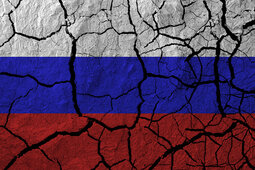 408
SHARES
14.2k
VIEWS
Share on FacebookShare on TwitterShare on WhatsApp

European stocks finished heavily in the red as it was another rough day in Europe die the German PPI data, which effectively hammered the bond market and added fears of an ugly stagflation environment.

Aside from the PPI number news that Russia was preparing for martial law certainly spooked Russia’s stock market, as it traded down more than 10% earlier today.

The drop plunge came after announcements about referendums on Donbas regions joining Russia and plenty of people pointed to that. A report in Meduza that said that if the Ukrainian counteroffensive continues, Russian authorities intend to carry out a partial mobilization in Russia and introduce martial law.

So this is very bad news if true, and we could expect to see the euro currency dropping and also further losses in German stocks and other European indices.

Breaking down the terrible PPI data from earlier today, the annual producer inflation in Germany rose to a new record high of 45.8% in August of 2022 from 37.2% a month earlier and above market forecasts of 37.1%. This was the most on record.

Other significant price increases were seen for intermediate goods, particularly metals, fertilizers and nitrogen compounds, and cereal flour; non-durable consumer goods, such as food, and capital goods, mainly led by machinery and vehicles.

Certainly, if these type of PPI rises continue it will be unsustainable and place huge pressure on the European economy. The next set of CPI numbers from Germany will be worth watching.

Keeping an eye on the euro this quarter could be a worthy endeavour as the ECB may have to hike rates very aggressively in order to keep up with these huge price changes.