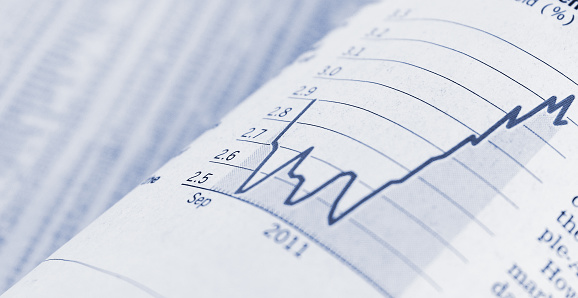 404
SHARES
9.1k
VIEWS
Share on FacebookShare on TwitterShare on WhatsApp

During the upcoming trading week, the Federal Open Market Committee policy meeting is set to headline the economic docket as traders await the FED’s latest thoughts on the United States economy, QE, and rates.

Other key macroeconomic and policy decisions this week include the release of eurozone PMI data for the month of September and important rate-setting decisions from the Bank of England, Bank of Japan and People’s Bank of China.

This week will also see the release of the RBA meeting minutes German IFO data, and a raft of Consumer Confidence data, and services PMI and Manufacturing data from the UK.

Traders will also be keeping a close watch on the Chinese Evergrande situation and the ongoing talks and discussions from the US debt ceiling. Both could have huge implications for global stocks and the US dollar.

The eurozone Manufacturing PMI has been gradually trending lower over recent months, although the data has not fallen off a cliff just yet, which gives economists some hope that the decline will only be gradual.

Last month the EU PMI reading stood at 61.4 in August 2021, which was basically little changed from a preliminary estimate of 61.5 and below July’s final 62.8. The September reading is supposed to show a minor uptick to 62.0.

Some concern is still warranted given COVID-19 related issues and slowing Chinese growth. Manufacturing production growth eased to a six-month low last month, although total new orders increased for a fourteenth straight month and new export business also grew at a marked rate. This preliminary PMI release could be a big market mover for euro currency later this week.

The Federal Reserve interest rate decision will be fascinating on many levels this week as inflation remains high, but not as high as fear, and the central bank has to battle with mixed data, especially on the jobs front.

Last month the central bank said the benchmark standard of “substantial further progress” toward full employment and price stability was still a way off, although progress was happening.

Fed Chair Powell signalled the central bank will likely begin tapering before the end of the year although a reduction in asset purchases will not carry a direct increase in interest rates, remarks from his speech at the Jackson Hole symposium showed.

It remains to be seen if the soggy August jobs report dented the FED’s tapering hopes. Overall, expect huge amounts of price volatility around the FOMC event this week.

The People’s Bank of China has a major task on its hand this week to quell market concerns amidst fears about a Lehman Brothers type of event form the Evergrande property fallout.

Last month the PBOC injected a net CNY 120 billion into the banking system at the end of August, the largest weekly injection since the start of February, saying the decision aimed at maintaining “stable liquidity conditions at the end of the month”.

The central bank announced last week it would offer CNY 50 billion through seven-day reverse repos into the banking system for the third straight session, providing more signs of stress in the market.

The BOJ meeting is expected to be less of a market mover. Traders and investors should expect plenty of discussion about COVID-19, QE, and the effects that slowing growth, especially in Asia, is having on the Japanese economy.

US dollar rallies ahead of next week’s FOMC meeting