329
SHARES
6.9k
VIEWS
Share on FacebookShare on TwitterShare on WhatsApp

The good news for Elon Musk did not stop with an increase in the company’s market capitalisation. Yesterday’s move higher means that Elon Musk has overtaken Jeff Bezos to become the world’s richest man.

Musk is now estimated to have a net worth $188 billion, which is $1.5 billion more than Amazon owner Jeff Bezos. Elon Musk directly benefits anytime Tesla’s stock rise as he owns around 20 percent of the company and have considerable stock options.

Tesla’s stock price has been on a major tear higher since its inclusion in the S&P 500 index. The index is seen as being more liquid and attractive to pension fund managers and index funds. The S&P 500 is also seen as good representation of American’s top companies

Additionally, the company has massive future sales projection for the next 10 and 20 years. If the trend for electric vehicles starts to accelerate then Tesla’s value, and stock price, could rocket higher. 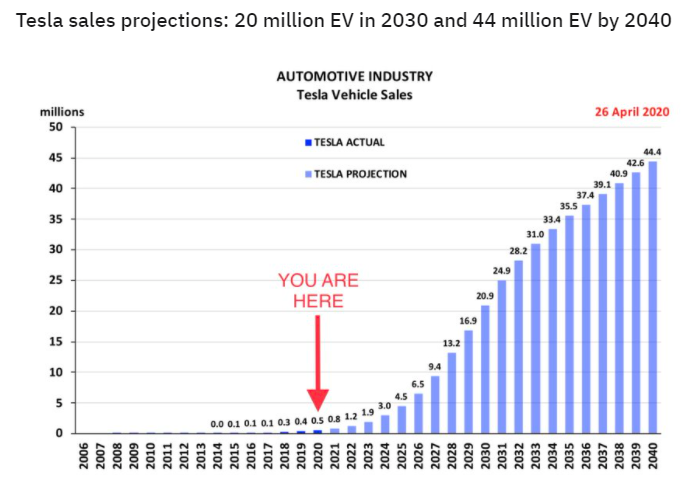 Bumper December sales and a new range of sales outlets in the UK have been welcome news for Tesla. Also, Tesla was one of just two automobile companies in the United Kingdom to actually increase car sales in 2020.

Tesla has also seen strong demand in the United States and Asia. News surrounding a number of countries moving towards green economies, particularly the United Kingdom, have been bullish for the stock.

The recent Democrat victory, and control of US senate is seen as been bullish for Tesla, due to the stance a number of Democrat senators have towards the industry, and the proposed “green new deal”.

As the fundamentals surrounding the stock appear increasingly attractive traders will naturally look to move into the stock, which begs the questions, aside from companies’ financials, what are the technical surrounding the world’s leading electric automobile maker saying at the moment.

The four-hour time frame shows that a major bullish breakout has taken place from a rising price channel. The breakout recently took place after Tesla’s stock price broke above $790.

According to the overall size of the technical breakout the stock could be headed towards the $880.00 resistance level over the short-term horizon.

Should we see price reverse back inside the price channel then traders may have another chance to buy the stock at lower levels. A notable price gap is also seen around the $735.00 level.

Failure to close the gap, and indeed if just a minor pullback occurs, then traders may look to enter around the $760.00 support zone.

Looking at the daily time chart, traders will need to move to Fibonacci analysis to get a possible gauge as to where Tesla’s stock price is headed as it reaches for new price discovery.

The 100 percent Fibonacci extension of the Match 2020 low to the August 202 high is currently found around the $925.00 level, and this certainly a valid target.

It certainly looks like a far-off target, but please remember that Tesla’s stock price is extremely volatile, and this stock could be about to go parabolic.