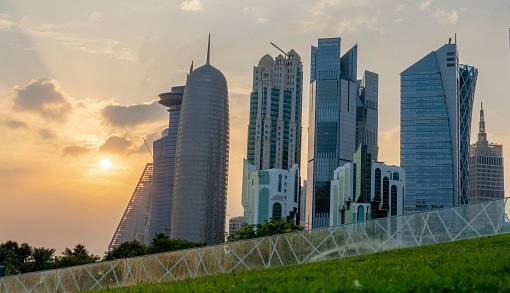 378
SHARES
12.3k
VIEWS
Share on FacebookShare on TwitterShare on WhatsApp

The Dollar lost against its rivals as investors observe the US Juneteenth Holiday today. Central bank members are set to address inflation concerns at the Qatar Economic Forum. President Macron lost majorly in parliament elections on Sunday pinning down French stocks.

EURNZD plunged by -0.37% ahead of central banks members’ speeches including ECB’s Christine Lagarde at the Qatar Economic Forum. The NZD got boosted by the Business NZ PMI DATA which came out positive at 55.2 vs the previous 52.2.

The German PPI y\y beat expectations of 1.5% and settled for 1.6% but the data failed to lift the EUR against the NZD. The pair retreated from 1.66618 intraday resistance and is sliding towards 1.6552, a 4-day low. A break below may cause a further slide to 1.64752. Traders to shift their focus to NZD’s Westpac Consumer Sentiment data early Tuesday morning.

USDCAD trimmed gains by -0.28% as the greenback recedes from a YTD high at 1.3075. The Canadian dollar strengthened from the 19-month low as the US market closes for a holiday. The Canadian Raw Material Price Index indicated a modest rise in June from 2.1% to 2.5% boosting the commodity-backed currency.

Bulls are capped by a 1.3075 resistance and near-term support at the 1.2920 level. A break above the 1.3075 level could renew Bullish appetite toward the 1.34000 psychological level. FOMC member Bullard will be speaking later in the New York session.

GBPAUD dipped by -0.90% on the stronger commodity currency, AUD. The AUD found strength on Dollar weakness today along with the Chinese loan prime rate which came out unchanged at 3.70%. The pair left resistance at 1.76806 a newly established 15-day high. An immediate stop to the downside is at 1.74718 and 1.73867. Traders to focus on the RBA monetary policy meeting report and RBA Governor Lowe’s speech scheduled for Tuesday’s Asian session.

European equities are mixed in the EU session with French stocks dipping following France’s President Macron losing big in parliamentary elections on Sunday. CAC 40 is down -0.08% with support residing at 5834 and a break below may give bears 5755 and 5700 in the near term.

Trading the USDJPY momentum for now, with one eye on US GDP

Is the dollar weakening or is risk contagion still prevalent?

Is the dollar weakening or is risk contagion still prevalent?