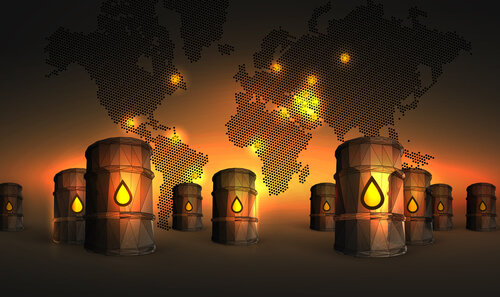 491
SHARES
15.1k
VIEWS
Share on FacebookShare on TwitterShare on WhatsApp

Light crude oil has started to trade towards multi-week lows again due to rumours that an output increase is set to be implemented during the upcoming OPEC members meeting today.

A source with knowledge of the meeting between President Biden & Saudi King told FOX news that the Kingdom of Saudi Arabia will push OPEC+ to increase oil production at their meeting today.

The move had been widely talked down as not being possible. So possibly, what we are seeing is a scramble to reprice oil ahead of the actual verdict in case the report and of course rumours prove correct.

Oil prices have also taken a hit due to geo-politics. The visit by Nancy Pelosi to Taiwan has caused a moved lower in commodity prices. In general risk-on asset classes have been hit by the news.

Technically, Crude oil looks vulnerable to more downside. Any output increase could get oil prices closer to $90.00. This may in turn cause a cascade of longs to close if they feel OPEC is starting a trend in production increase.

According to the ActivTrader market sentiment tool some 66 percent of traders are bullish towards crude oil, which suggests downside trading in Light Crude oil prices.

Retail traders are typically on the wrong side of the trade and late to the price trend, so we should remain cautious while there is a large majority of retail traders are expecting more upside.

The lower time frames currently show that Crude oil has formed a large, inverted head and shoulders price pattern on the four-hour time frame, and Crude oil price is starting to look weak though.

The recent falling under the key moving averages on the four-hour time frame is a bearish development. It should still be noted that the measured target of the pattern located around the $110.00 level. 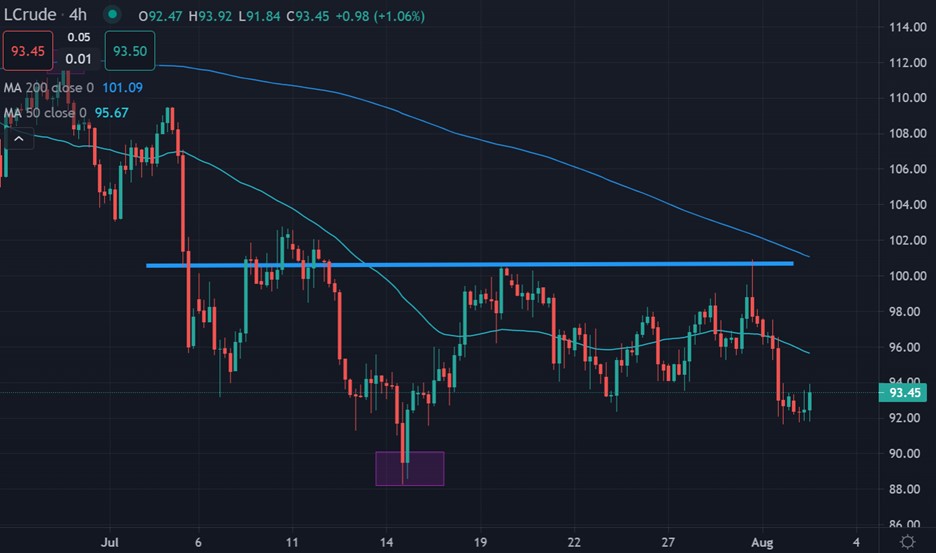 The daily time frame shows that crude oil has formed a triple-top pattern, and this was really the death nail for crude before a huge head and shoulders pattern was activated. 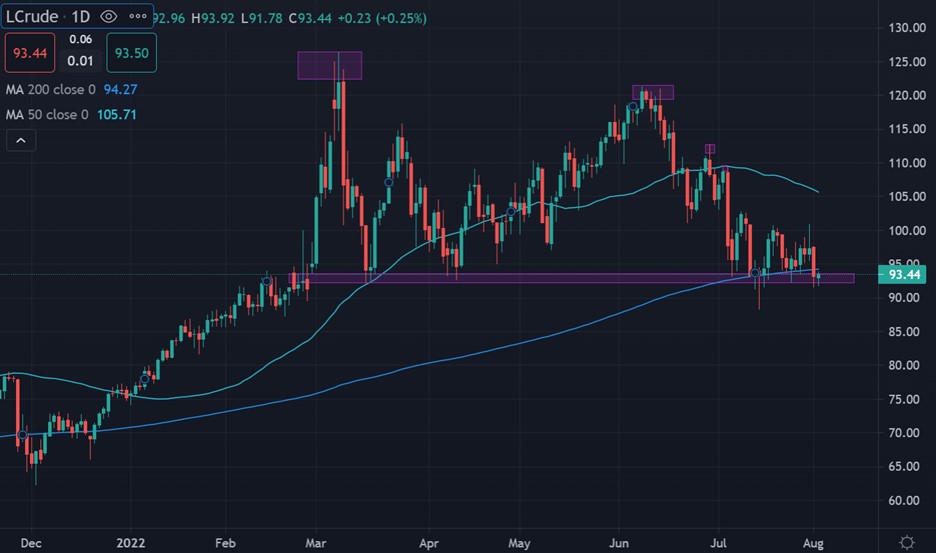 MIDDAY BRIEF – Markets remain on the edge of Risk 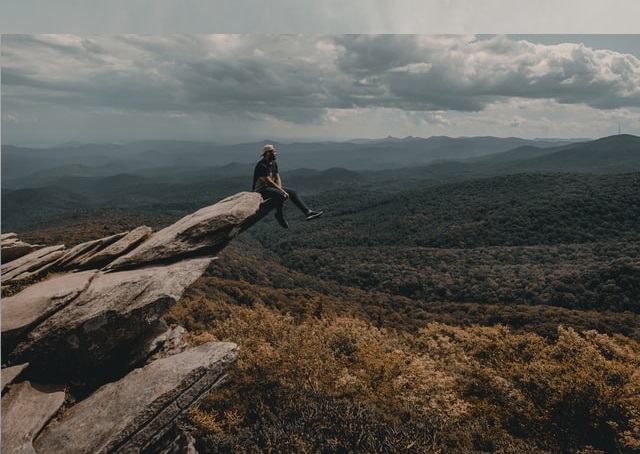 MIDDAY BRIEF - Markets remain on the edge of Risk