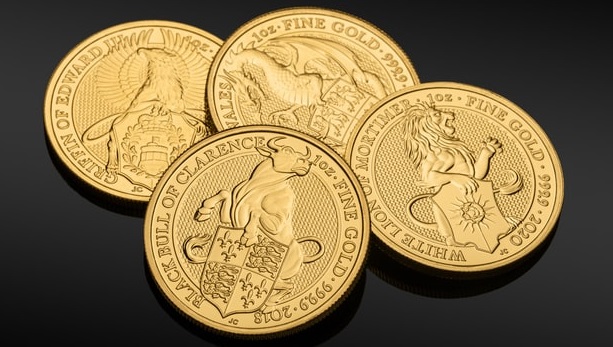 380
SHARES
9.2k
VIEWS
Share on FacebookShare on TwitterShare on WhatsApp

Spot gold prices were hit in wake of Wednesday’s FOMC policy announcement, with prices dropping from close to the $1780 level to lows around the $1760 mark this morning. However, spot prices have since recovered back to above $1770, in fitting with broader markets which seemed to take the FOMC event in their stride. In terms of what went down at the Fed’s latest policy meeting; the bank unanimously agreed to hold the federal fund target (the bank’s benchmark policy rate) at 0.0-0.25% and to continue with monthly QE purchases at a pace of $120B, both as expected. Also as expected, the bank made a nod to the fact that if the recovery in the labour market continues as expected, it may be appropriate to announce and then commence a tapering of the QE programme “soon” – markets took this as an endorsement of current consensus expectations for the bank to make a formal QE taper announcement in November for actual tapering to start in December. Somewhat hawkishly, Powell unexpectedly suggested in the post-meeting press conference that it could be appropriate time the QE taper, so it concludes by mid-2022. Elsewhere, and in line with market expectations, the Fed’s estimate for GDP growth in 2021 was lowered to 5.9% from 7.0%, though this was partially offset by an upgrade to the growth view in 2022, and the bank significantly raised its inflation projection for 2021 to 4.2% from 3.4%, whilst also lifting the inflation view in 2022 to 2.2% from 2.1%. Powell reiterated the Fed’s view that inflationary pressures are “transitory”.

Alongside the fresh economic forecasts, the Fed also released its updated dot-plot, which showed a more hawkish profile of interest rate hike expectations from FOMC members that markets had been expecting; the median dot (i.e. where FOMC policy makers think interest rates will end the year) rose to 0.3% in 2022, up from 0.1% the last time the dot plot was released, reflecting the fact that half of the FOMC see at least one rate hike by the end of 2022. Meanwhile, the dot-plot showed the median view of the FOMC is for rates to rise to 1.0% by the end of 2023 (previously 0.65%), with all but one of the 18 members now seeing at least one rate hike that year and rising to 1.8% in 2024 (this is the first time 2024 was included in the dot-plot). The long-term median expectation for rates was left unchanged at 2.5%. The profile of rate hikes implied by the dot-plot is much more aggressive that 1) markets had been expecting the Fed to signal and 2) than money markets are currently pricing.

The combination of Powell hinting at a mid-2022 end to the QE taper (towards the hawkish end of expectations) and the more hawkish than expected dot-plot were likely the reason for initial downside in spot gold markets; spot gold likes it when central banks are more dovish as it 1) is seen as spurring inflation, which increases the rate of currency debasement and thus increases the dollar value of gold and 2) pushes down interest rates, which reduces the opportunity cost of holding non-yielding gold. But if the Fed is indicating that its QE taper and subsequent rates hikes will happen more quickly than previously expected (both of which are negatives for gold), why has gold been able to recover some poise this morning, rather than extending losses to below this week’s earlier $1740ish lows?

It seems that investors do not believe that the Fed is actually be going to follow through with the rate hike profile that it is currently signalling; whilst short-end US bond yields rose in wake of yesterday’s FOMC meeting, given their comparatively higher sensitivity to short-term FOMC rate expectations, long-term yields actually fell. 10-year US yields continue to trade in the low 1.30s%, while 30-year yields are trading below the 1.85% level versus highs earlier in the week of above 1.90%. That leaves both well below the Fed’s long-term projection of interest rates as per the dot-plot, suggesting bond market participants doubt the Fed will be able to get rates back as high as 2.5% in the long-run. This could reflect the fact that market participants are less confident than the Fed about the prospect for continued US economic growth and above/at target inflation in the coming years.

The drop in nominal yields post-FOMC yesterday was driven primarily by a modest drop in the compensation demanded by US bond investors for inflation (called inflation expectations); real 10- and 30-year US government bond yields were largely unchanged in the wake of the FOMC meeting, and inflation expectations are calculated by subtracting the real yield from the nominal yield. A drop in long-term inflation expectations in wake of the Fed meeting suggests that market participants have become more concerned that the new hawkish policy guidance from the Fed (ending the QE taper by mid-2022 and starting hikes the same year before taking rates to 1.8% by the end of 2024) increases the risk that the bank might be “too hawkish” over the coming years, raising the risk its policy tightening could weigh on economic growth and inflation. Fears of an “overly hawkish” Fed might be a factor contributing to why long-term nominal US yields are still well below the FOMC’s long-term interest rate dot-plot projection – if the Fed does make a mistake by essentially tightening policy too quicky, this could prevent them from ultimately being able to raise interest rates as much as they want to (i.e. failing to get rates back to 2.5% as they currently project), hence the lower long-term US yields.

Markets now seem primed for a November QE taper announcement, an actual start to the taper process in December and a conclusion to the taper sometime in the middle of next year. Thus market focus will remain on observing incoming data on inflation and the labour market, as well as on Fed rhetoric, to finetune expectations for the timing of the Fed’s coming interest rate hiking cycle. As the start of QE tapering and first-rate hike approaches, this seems likely to keep precious metal markets on the back foot. It seems likely that spot prices might continue to ease back towards the $1700 in the coming weeks. But the longer-term fate for gold markets might ultimately rest on who is correct out of the Fed and markets with regards to how aggressive the hiking cycle is set to be – if it turns out the Fed is “correct”, longer-term bond yields are going to have to rise and this would be bearish for gold.