248
SHARES
7.7k
VIEWS
Share on FacebookShare on TwitterShare on WhatsApp

The price of gold is in recovery mode in the short-term, however, it still remains largely uncertain as to whether this is a minor corrective move within a new bear market, or the start of something more meaningful for the yellow metal.

Weakness in the US dollar this week has helped to lift the price of gold, additionally, new quarterly positioning and renewed interest on the future markets has created near-term tailwinds for the price of gold.

A bullish double-bottom pattern formed last week, which certainly hinted that a meaningful short-term recovery may be about to take hold. Still, bulls do need to clear the $1,755 resistance level to ignite fresh buying momentum now.

On the fundamental side, an ongoing strengthening of the US economy is not particularly bullish for the price of gold. Typically, gold performs its best during times of US fiscal expansion, and especially during QE from the FED.

It could be argued that the massive amount of United States government spending, in the way of relief bills, and also the proposed $2.3 trillion infrastructure package will eventually dilute the value of the US dollar. 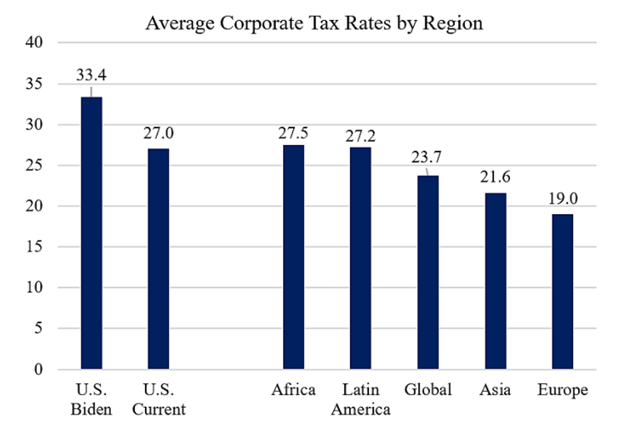 The Biden administration plans to significantly increase the US corporate tax rate to pay for the infrastructure spending bill. If the bill is cleared, it could pave the way for the next major move in the yellow metal.

In terms of sentiment towards gold the ActivTrader Market Sentiment tool shows that traders are still bullish towards gold with sentiment at 66 percent positive. I have concerns about this high level of positive sentiment, which means that the recent recovery could be about to falter.

The short-term technicals for gold show that a large head and shoulders pattern is present, with bulls needing to crack the $1,755 level in order to invalidate the bearish price pattern. 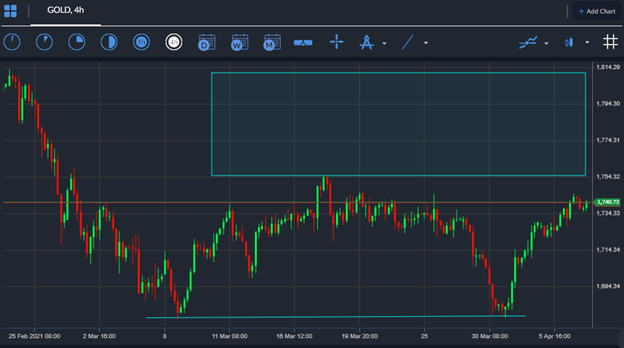 According to the daily time frame an ascending broadening wedge pattern can still be seen, although bears failed to hold the price under the pattern, around the $1,690 level, last week.

Ascending broadening wedge patterns are typically considered to be bearish reversal patterns. According to the overall size of the pattern the price of gold could fall towards the $1,450 level over the medium-term if gold does start to weaken below the $1,690 level. 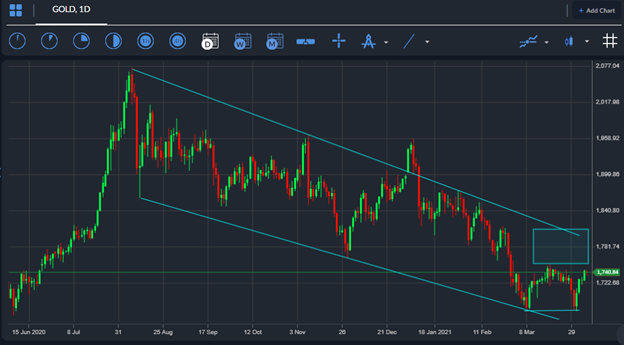