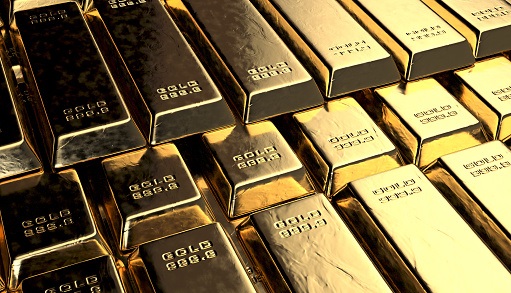 345
SHARES
8k
VIEWS
Share on FacebookShare on TwitterShare on WhatsApp

The most interesting move over the past 24 hours has been a sharp drop in US government bond yields. 10-year US yields currently trade just above 1.50%, having dropped from closer to 1.60% this time yesterday. As to the bid in bond prices (remember that bond prices go up as yields fall), there does not seem to have been any specific catalyst. Some analysts are citing ongoing signs of US/China tensions and a recent breakdown in bipartisan US infrastructure talks as driving a modest safe haven bid in the bond complex. With regards to the former, the US Senate yesterday passed by a significant margin a new $250B spending package aimed at bolstering US competitiveness versus China. Chinese authorities are unsurprisingly not happy about the bill, which they said could hurt ties and cooperation with the US. With regards to progress on US infrastructure, bipartisan talks between the Biden administration and Republican Senator Capito have broken down having reportedly hit a “brick wall”. That raises the prospect of the Democrats now attempting to push through the infrastructure spending bill via budget reconciliation, which only requires a simple majority in the senate, though this is an approach that not all Democratic Senator’s (namely centrist Democrat Manchin) will be happy about.

Arguing the above is the reason for the drop in yields might be a bit of a stretch, however. More likely, market participants are paring back on their short bond positions in wake of last week’s softer than expected US labour market report which is likely to encourage the Fed that their patient approach to the removal of extra-ordinary monetary support (i.e. no tapering of QE purchases yet or for some time) is the right one. The above noted developments on US/China relations and US infrastructure is being argued by some as weighing on US stock market sentiment; indeed, in recent weeks, a near 10bps drop in 10-year yields over the course of two days would provide a decent boost to stock prices, particularly tech/growth stocks, which does not seem to be the case this morning. E-mini S&P 500 futures are virtually flat in the 4220s, while Nasdaq 100 futures are up a modest 0.3%. Both sit close to record high levels and trade remains highly uninspired. Analysts have been discussing how there is a risk that trade remains highly subdued as is currently the case for the foreseeable future given an expected lack of fresh catalysts, particularly on the central bank front (no major policy changes are expected from the likes of the Fed over Summer, for example).

Turning to commodities; crude oil prices continue to maintain recent upwards traction, with WTI managing a clean upside break of the $70 level yesterday for the first time since 2018 and Brent vaulting above the $72.00 level. The former is currently trading around $70.50 and the latter around $72.50, as both consolidate recent gains in subdued premarket trading conditions. In terms of fundamental catalysts, there hasn’t been that much to get market participants excited in recent days; yesterday’s weekly Private API Inventory report was mixed (headline crude stocks dropped more than expected which is bullish, but gasoline and distillate stocks rose more than expected, which is bearish), while there was also some modestly bearish commentary from the US Energy Information Agency, who in their latest monthly report revised lower expectations for global oil demand growth. Oil traders will now be on notice for OPEC and the International Energy Agency, both of whom will release their own monthly reports later in the week. Broadly speaking, however, the complex continues to derive support from the ongoing story of a recovering global oil demand growth as the Northern hemisphere enters the peak summer driving season, hence why we continue to see crude prices crawl higher. Turning to precious metals; spot gold is currently subdued around the $1890 mark and has of yet been unable to recover to last week’s highs above the $1900 level. The recent drop in US bond yields has mostly been driven by a fall in inflation expectations (10-year break-evens have fallen to the low 2.30s% since starting the month closer to 2.45%) rather than a drop in real yields. Indeed, 10-year TIPS yields continues to trade within recent ranges around the mid -0.8s%. Real yields will need to drop further, and likely inflation expectations rise back towards recent highs if gold is to be able to retest recent highs.

Turning to FX markets; for the most part in G10 markets, things are still very much a snoozefest. The US dollar is a tad weaker today, with the DXY down about 0.1% and now back below the 90.00 level, though the index remains subdued and well within this week’s ranges. The drop in US yields is not helping the buck, but as noted above when talking about gold, the move is not being driven by a drop in real yields – that would have really hurt the dollar. NOK and CAD are the best performing G10 currencies, both up more than 0.2% on the day versus the dollar, aided by the recent push back to cycle highs in crude oil markets, though the former is likely to remain somewhat tentative ahead of today’s BoC rate decision, though in fairness the meeting is not expected to be an excited one. USDCAD currently trades back to the south of the 1.2100 level, though is around the mid-point of its recent 1.2000ish-1.2150ish range that has persisted over the past three and a half weeks.

EUR, JPY, GBP, AUD and NZD are each up between 0.1-0.2% on the day versus the buck, reflective of the subdued market tone. EURUSD is just under 1.2200, GBPUSD is just under 1.4200, USDJPY is flatlining just below 109.50, AUDUSD is going sideways around the 0.7750 mark and NZDUSD is consolidating either side of the psychological 0.7200 level. The antipodes failed to derive much traction from the release of sentiment surveys on both sides of the Tasman sea (ANZ’s business confidence index fell in NZ in June, while Westpac’s Consumer Confidence index fell in Australia in June). Elsewhere, hawkish remarks from outgoing BoE Chief Economist Andy Haldane were shrugged off by sterling and the euro remains subdued ahead of tomorrow’s ECB meeting. Perhaps the most interesting fundamental development for global FX markets so far on the week was last night’s Chinese inflation data. CPI was softer than anticipated, but PPI rose to its highest levels since 2008. The data has not provoked much of a global FX market reaction, however. US inflation numbers are out on Thursday and could spice things up, though maybe not enough to break FX markets out of their recent rangebound slumber.

The main event of the day is the Bank of Canada rate decision, though it is not likely to be an excited event, with the banks set to keep its current policy settings on hold and with no new economic forecasts and not even a press conference with Governor Macklem. The bank is likely to reiterate current monetary policy guidance that it will hold rates at current levels until economic slack is absorbed and the 2% inflation target is achieved, which the bank sees happening by the end of next year. Thus, it seems unlikely the meeting will break USDCAD out of recent ranges. The decision and accompanying statement will be released at 1500BST. The only other notable market events are official US EIA crude oil inventory data out at 1530BST and a US 10-year bond auction at 1800BST (which is an interesting test of investor demand for the bond in light of the recent drop in yields).

Gold Technical Analysis – Sentiment could be a problem