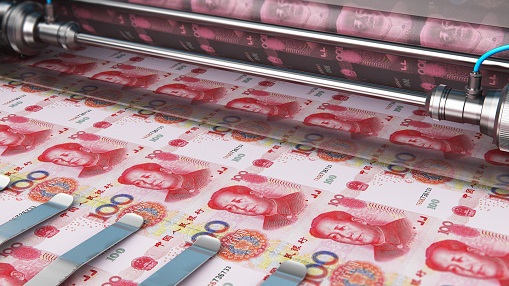 345
SHARES
8.6k
VIEWS
Share on FacebookShare on TwitterShare on WhatsApp

Markets were quiet in the overnight session with the major forex pairs all trading within their previous day’s ranges. There has been data released from Australia, China and Germany but none of this moved the needle in any meaningful manner.

Australian Westpac Consumer Confidence declined in the June data as concerns rise over coronavirus and the 4th lockdown for the state of Victoria. The Australian Bureau of Statistics reported weekly payrolls rising into the positive along with wages, but the AUDUSD was not able to break either way out of the tight consolidation range between 0.7730 and 0.7770 and is currently -1.18% down for the last month of trading. This last year has been good for the Antipodeans as the Aussie is up 11.35% and the Kiwi is up 10.62% year-on-year, so a lack lustre month is not too much of a concern currently. The AUDUSD monthly chart shows how little the last two months price action has moved compared to the previous year.

Chinese inflation data shows rising inflation over the last 4 months with May’s data getting back above 1% for the first time since last September. Today’s reading of 1.3% for May came in under market expectations and is due to price increases in non-food goods, for the year-on-year time. Chinese PPI year-on-year rose to 9% which is the highest level since 2008. The trade frictions between the US and China are not easing as the US Senate voted 68-32 to pass competition legislation, to target trade abuses. The USDCNH is pinned near the years low prices, with the daily 200 exponential moving average a lot higher at 6.5800 and the years swing high. The weeks price action has broken higher above the most recent sloping trend line, which could be an early signal that the US dollar is going to attempt a push above the previous swing highs of 6.440.

The trade surplus for Germany jumped sharply to EUR 15.5 billion in April of 2021, mainly due to base effects from last year’s very low level of foreign trade. After calendar and seasonal adjustment, exports were 0.5% lower and imports 5.5% higher than in February 2020, the month before restrictions were imposed due to the coronavirus pandemic in Germany. The EURUSD is continuing to hold levels just below 1.2200 but has started the week off more positively. The US dollar is unlikely to move much today as traders are waiting for the US CPI data due out tomorrow.  But for the Euro to be positive at the London open even after disappointing data out of Germany recently I feel shows the EURUSD is looking to rise at the next opportunity.

Later today we receive the Bank of Canada’s Interest Rate decision, which is most likely to remain 0.25%. Last month the Bank gave some hawkish forward guidance as the BoC reduced net weekly purchases of bonds as economic growth was stronger than expected for Q1. The USDCAD is trading around the 1.20960 and is little changed from the opening price of June. Dynamic resistance is currently around 1.23380 which is confluent with the March swing lows. As Oil prices continue to push higher this will have a positive effect on the Canadian dollar but if inflation rises to quickly the Fed may have to step in early and that would be bullish for the US dollar in the short term at least.

This Weeks Economic Calendar Review With Joel And Nev