326
SHARES
8.2k
VIEWS
Share on FacebookShare on TwitterShare on WhatsApp

US stocks saw a modest pullback from record highs during yesterday’s session, with the S&P 500 and Nasdaq 100 both dropping 0.6%, with the former ending the session just under 4470. The tone of remarks from FOMC members speaking publicly at the first day of the Jackson Hole symposium was a little more hawkish than maybe markets were expected. Kaplan, a hawkish FOMC member who recently flagged some worries about the spread of the delta Covid-19 variant in the US, sounded more optimistic that the current wave of infections would not dent economic activity. Meanwhile, he and his fellow FOMC members James Bullard and Ester George called for a prompt announcement and beginning of QE tapering. Meanwhile, a spate of deadly suicide attacks around the airport in Kabul, Afghanistan, perpetrated by Islamic State terrorists against US (and international) troops and Afghans still trying to escape the country since the Taliban take-over, triggered some caution yesterday and may have weighed on equities. Analysts are concerned that the chaotic US withdrawal/evacuation from Afghanistan is denting US President Biden’s popularity amongst the US electorate and could damage the Democrat’s chances at the upcoming 2022 mid-term elections. But US equities are supported in pre-market trade, with S&P 500 futures up about 0.3% and trading close to 4480, as market attention turns to remarks from Fed Chair Powell at 1500BST this afternoon on the second day of the Fed’s Jackson Hole event.

Turning to European markets; the Stoxx 600 is a tad lower at just under 470 this morning. August survey data out of France (Consumer Confidence) and Italy (Business Confidence) showed that sentiment in both country’s deteriorated in August, in fitting with the declines observed in the recently released Eurozone PMIs, German IFO and German GfK August survey. Though lead sentiment indicators in Europe appear to be rolling over, which, as many analysts have pointed out, often increases the risk of a stock market correction, the optimistic tone of ECB officials this week on the prospect for a continued Eurozone recovery into the end of the year appears to be keeping European stock market sentiment underpinned. Indeed, analysts have attributed bullish economic commentary from ECB officials this week as the key reason why European bond yields have been able to rally so sharply this week; on the week, German 10-year yields are up 9 bps to -0.41%. Markets now expect the ECB to upgrade their economic growth forecasts in the September meeting. US yields have also undergone a sharp rally higher this week, with US 10-year yields currently trading around 1.35%, also up 9bps on the week. Given the sharp rally already observed across US and European yields this week, some fixed income analysts suggested that this might dampen any hawkish market reaction to Fed Chair Powell’s all important Jackson Hole address at 1500BST.

Speaking of which, despite renewed calls yesterday from hawkish FOMC policy makers Kaplan and Bullard for the bank to promptly announce and crack on with QE tapering, many market analysts are playing down expectations for new information on the potential taper timeline from Powell today. “Our sense is that expectations for (Jackson Hole) are low, and for good reason… There’s little to suggest that Powell may deviate from the comments he’s been giving recently, and we aren’t anticipating much beyond what was included in the latest set of Fed minutes” said analysts at Mizuho. The latest set of Fed minutes pretty much said that FOMC members agreed that it would be appropriate to announce tapering some time before the end of the year. If Powell echoes this, then that might disappoint some of the hawks, but in fairness to Powell, the Fed is a central bank that usually operates on consensus, and it seems that FOMC officials have not yet agreed upon a tapering timeline. Thus, it makes sense for Powell to wait until the FOMC has come to agreement before hinting to markets what the taper might look like. It may take until the September FOMC meeting, when the Fed has August jobs data in hand before an agreement on tapering has been reached.

Turning to commodity markets; oil prices have been on the front foot this Friday, with front-month WTI futures currently trading at weekly highs above $68.50. Gulf of Mexico supply worries are back to the forefront of the markets mind this morning, with a storm expected to pass through the region over the weekend. Ahead of the storm’s arrival, oil companies have been shutting down production in their Gulf of Mexico based oil rigs and airlifting employees out. Oil is set to post impressive gains this week of north of 10%, as long as events stateside don’t dampen sentiment to severely this afternoon. Gold, meanwhile, managed to weather hawkish remarks from FOMC members yesterday quite well, with markets still in wait-and-see mode ahead of Powell’s speech today. For now, expect spot prices to continue to undulate close to the $1800 level and within this week’s $1780-$1810ish range. Finishing with a quick look at currency markets; positive price action in commodity markets (oil up and Copper +0.5%) is helping the Aussie and NOK, with AUDUSD up about 0.3% on the day and USDNOK lower by about 0.4%, making them the two outperforming G10 currencies this morning. Things are otherwise quite subdued as markets await key events later in the session. EURUSD is holding just above 1.1750, GBPUSD is holding just above 1.3700 and USDJPY is holding just above 110.00. That means the DXY trading flat around the 93.00 level, as has been the case now for most of the last four sessions. NZD is also flat, with NZDUSD close to 0.6950, despite the news overnight that NZ PM Ardern would be extending the lockdown in Auckland by a further two weeks.

July Core PCE data, the Fed’s favoured gauge of inflation, is out at 1330BST and will probably get less attention than normal given the proximity of Powell’s Jackson Hole address which is at 1500BST. Despite this, the data will be worth watching, as will July Personal Income and Spending data which is released at the same time. Ultimately though, the tone of Powell’s Jackson Hole remarks will be the main market driver today. It is also worth keeping an eye on the preliminary release of the August Michigan Consumer Sentiment survey at 1500BST, though like the earlier US data, this will be overshadowed by Powell.

The delta variant concerns will delay tapering by the Fed 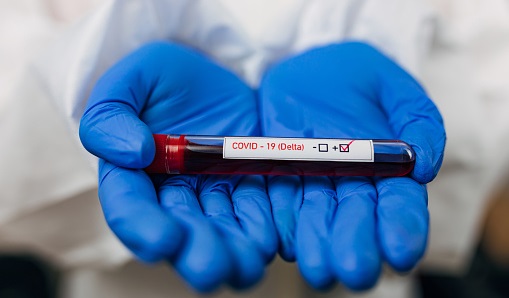 The delta variant concerns will delay tapering by the Fed