447
SHARES
13.2k
VIEWS
Share on FacebookShare on TwitterShare on WhatsApp

The EURUSD pair crashed to its lowest trading level against the US dollar since 2017 last week, with traders now looking at the likely outcome that the euro currency is going to parity against the buck.

This week traders will look to news about the European Union, whom are yet to officially approve the oil embargo on Russia’s energy imports and the decision, which will affect the euro currency.

Market fears and rumours are also well-placed and justified over the potential for Finland to announce that is joining of NATO, which will almost certainly raise tensions with Russia.

Just to add to the worsening backdrop the euro we have worse than expected inflation figure last week, meaning CPI. However, it should be noted that PPI from the U.S. came in as expected.

The only saving grace is that the ECB has recently turned hawkish by highlighting the July rate hike, which may be needing if inflation in the eurozone continues to come in hot.

Even though the ECB is turning hawkish it should be noted that July is a long time away, and the EURUSD pair could still drop below parity before the important July meeting.

Something that is still worrying me equally or even more right now right now is that traders are not bearish towards the EURUSD at all. Sentiment is rising while the EURUSD pair looks like it’s going to drop.

The ActivTrader Market Sentiment tool shows that some 70 percent of traders are bullish towards the EURUSD. This is a marginal 5 percent decrease since last week. Sentiment is still too high.

The four-hour time frame shows that the EURUSD pair has been trending sharply lower and has fully activated a reasonable sized bearish head and shoulders pattern.

Interestingly, the target of the latest head and shoulders pattern appears to be the 1.0200 level. If we see the 1.3000 support level broken this week, watch out for a further crash. 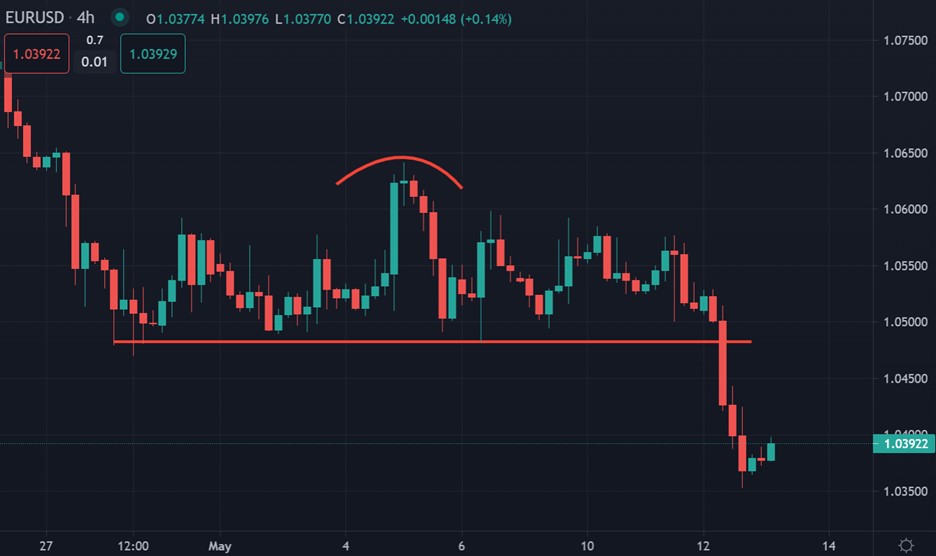 Looking at the daily time frame things looks very bad for the EURUSD pair has now broken convincingly under the 2020 swing low, just or slightly above the 1.0500 level.

If the EURUSD pair continues to drop, and moves under the 1.0400 area this week, then watch for an attack towards the 1.0200 region or even below parity and the 0.9800 level. 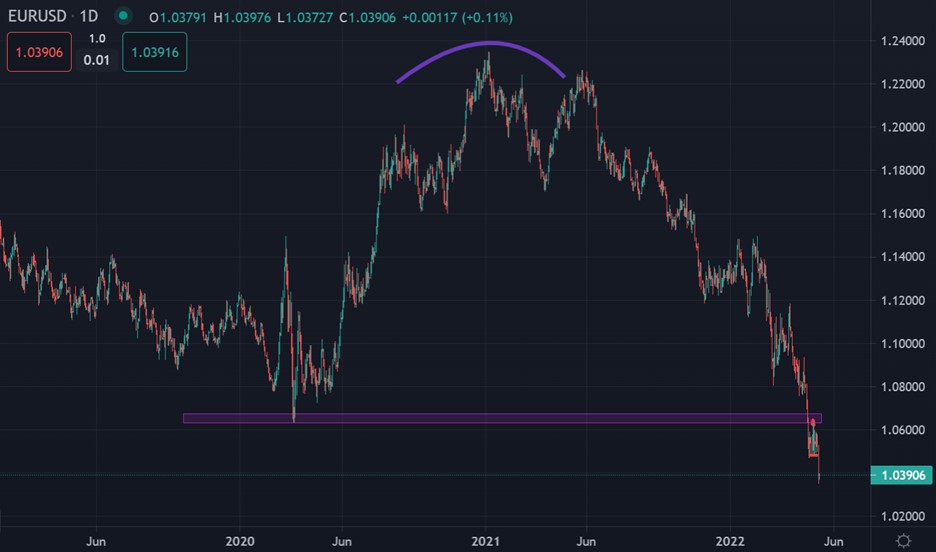 UK100 Technical Analysis - The Floor May Be In