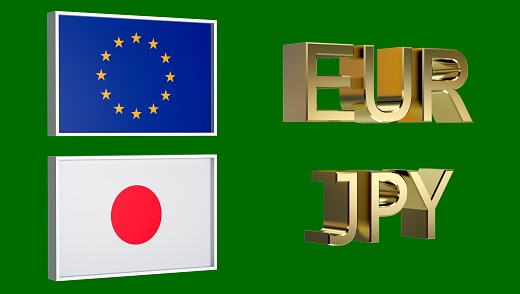 459
SHARES
13k
VIEWS
Share on FacebookShare on TwitterShare on WhatsApp

The EURJPY trimmed Tuesday’s gains by -0.58% as Japanese GDP data beat estimates ahead of Japan’s National Core CPI. The positive data may push the BoJ to move its rates out of the negative territory as inflation continues to soar. Traders pay attention to the Trade balance and export data early Thursday morning.

The EUR CPI data missed survey estimates weighing down the hawkish sentiments of the ECB members early Wednesday morning. ECB member Muller reiterated that it wouldn’t be surprising if rates were to be raised above past Zero in 2022. The ECB is expected to hike rates by 25bps at its June meeting and could see EURJPY bulls target the 141.151, a 7-year high.

The geopolitical uncertainty over EU plans on sanctioning Russian oil exports remains a major headwind to Euro strength in the near term.

The Stochastic Oscillator reading is slightly below 80.00 indicating the pair is currently overbought and sharp price retracements may be experienced in the near term.

However, a break below the 124.33 area may change the outlook of the pair to bearish as selling pressure renews.

ActivTrader sentiment tool indicates that 70% of the retail traders are bearish on the EURJPY as they seek a market top. The fundamentals surrounding the Euro indicate that there remains a possibility for another rally above the 141.151 area as the Bank of Japan remains neutral on its monetary policy stance. ECB’s REHN indicated that rates should move from the negative territory quickly if the ECB would achieve price stability.

The EURJPY trimmed some of its Tuesday gains as bulls lost steam at the 136.50 immediate barrier. The resistance coincides with a Bollinger band (20) baseline and a failure to break above that area may renew selling pressure on the pair towards the 132.00 which coincides with the 200-day moving average.

The MACD indicator reading is currently neutral and a break below the 0.0000 benchmarks may cause selling pressure on the EURJPY. The bulls may need to defend the 132.00 area to maintain the outlook in the near term.