Earnings season and US economy heavily in focus

298
SHARES
7.8k
VIEWS
Share on FacebookShare on TwitterShare on WhatsApp

During the upcoming trading week financial market participants will be closely focused on the start of fourth quarter earnings season in the United States, with banking heavyweights JP Morgan, Citigroup, Wells Fargo kicking off the proceedings.

Risks are to the downside for many companies during fourth-quarter earnings season due to the advent of COVID-19, however, markets may look past any downbeat numbers as they start to look ahead to a possible recovery, driven by a new stimulus bill and COVID-19 vaccinations.

Other key events going on in the United States this week include a scheduled speech from Federal Reserve Chair Jerome Powell, and the release of the Beige Book. Additionally, incoming US President Joe Biden is set to elaborate on the details of a proposed new US stimulus package, which is expected to be in the “trillions”. 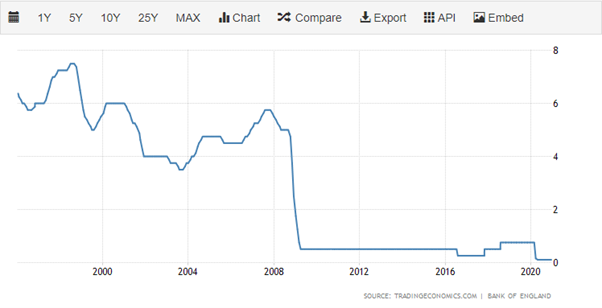 Looking across the pond, the United Kingdom economy is set to release monthly Gross Domestic Product, Manufacturing and Trade Balance data. Bank of England Governor Andrew Bailed is also set to deliver a scheduled speech, at a time when markets are pricing in the possibility of the BoE moving UK rates into territory.

UK stocks will also see a raft of interest this week due to the ongoing breakout in the FTSE 100 and the release of post-Christmas statements from ASOS and Tesco. House builders Taylor Wimpey and Persimmon will also release updates.

The Trump administration removed any restrictions between Taiwan and the United States over the weekend, in a move which is sure to anger Beijing. The Shanghai Composite has fallen by around one percent this morning in response.

The Chinese economy is also set to get market watchers attention as they release important inflation, import, and export data this week. The economy in China remains a hot topic, as the world’s second-largest economy continues to expand, despite the COVID-19 pandemic ravaging other global economies.

A recent report suggests that the Chinese economy is set to overtake the United States quicker than the United States. With the incoming Biden administration, Sino-US relations may improve, and lead to greater economic ties, which could be bullish for Chinese and global stocks.

Other key focuses this week for traders will be focused on the recent breakout in the US treasury yields and oil prices, the ongoing recovery in the USDJPY pair, and the parabolic move in Bitcoin.

The first cryptocurrency has suffered a heavy rejection from the $40,000 level over the weekend. Traders are also eyeing other top cryptos as the rally in Bitcoin is looking heavy, and this could be infectious for other digital assets.

Traders should also be aware that the Democrat party is moving forward with a motion to try to enact the 25th amendment on President Donald Trump. Mild risk-aversion is already coming to into play on this news.