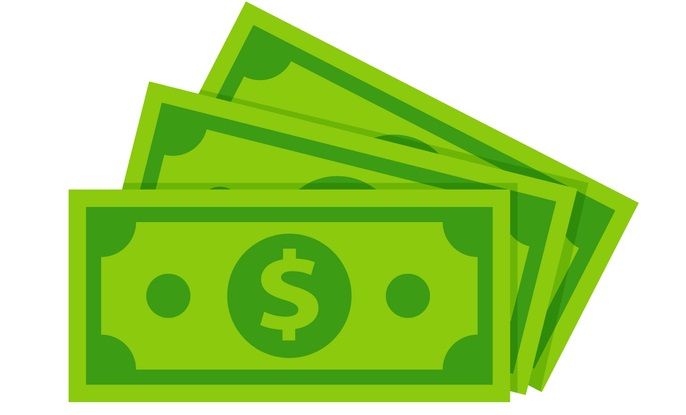 475
SHARES
15.6k
VIEWS
Share on FacebookShare on TwitterShare on WhatsApp

The US dollar index has started to correct lower ahead of today’s CPI Inflation Index number which is without a doubt going to be the next big mover for the greenback this week.

A number above 0.5% or even 0.6% would likely accelerate the recent uptrend in the US dollar index as traders’ price in more aggressive rate hikes. A number less than 0.3% could turbo charge a correction.

Interestingly, the short-term technical strongly suggest that the US dollar index could be due for a major downside correction due to the presence of an extremely large bearish reversal pattern.

Additionally, sentiment is offering a major warning of a coming correction in the buck. Traders have been wholesale bearish during the recent run higher this year, now sentiment has flipped.

Often, when we see huge one-way sentiment biases emerge it usually suggest that the consensus trade is probably wrong, and we could see a huge move in the other direction as traders are caught wrong footed.

According to the ActivTrader Market Sentiment tool a whopping 84% of traders are bullish towards the US dollar index, which strongly hints those further gains are coming as bullish sentiment is growing.

This is bullish signal is pointing to more losses in the US dollar, it should be noted that bullish sentiment has continued to move higher over recent days, even as the greenback has lost ground against other currencies.

Technical analysis on the four-hour time frame shows that the US dollar index pair has formed a massive bearish reverse patter. A move under the 105.00 level would trigger this pattern.

According to the overall size of the bullish reversal pattern, it shows that the US dollar index could be preparing to stage a move towards the 102.00 support area. 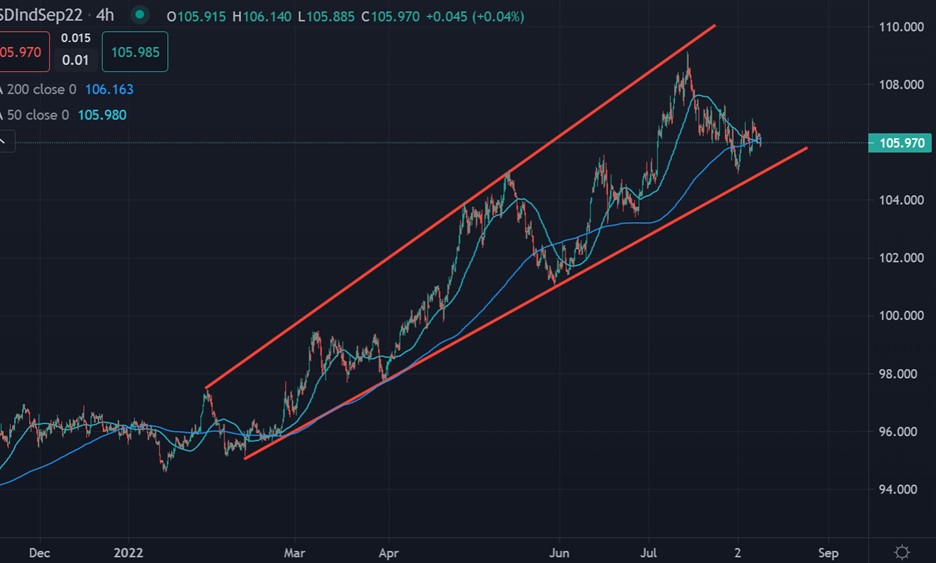 The daily time frame is showing that US dollar index has started to find its way back towards its 50-period moving average and has been trapped inside a period of trading range.

A sustained move under the 50-day moving average could turbocharge a down move in the US dollar index, however, we need to see the price around the 50-day first due to the strength that this moving average has provided on dips for much of the year. 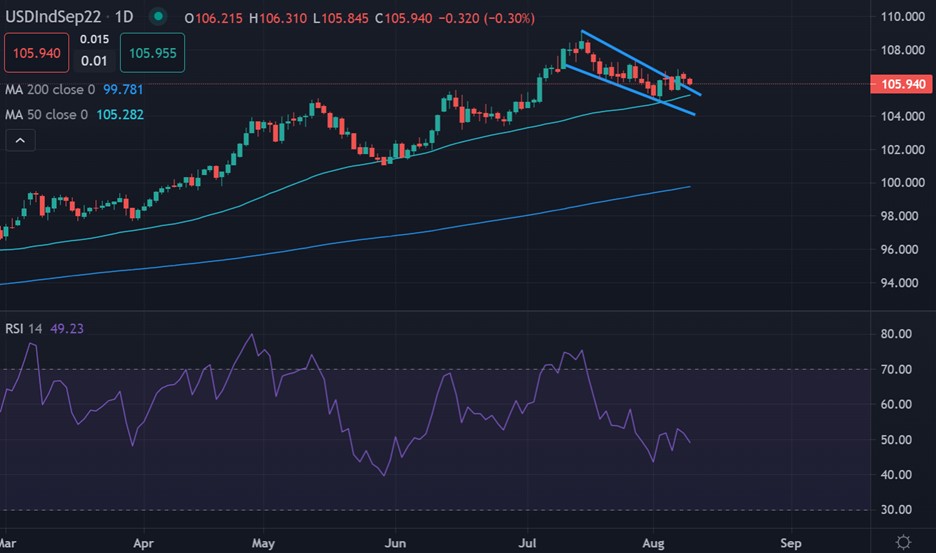 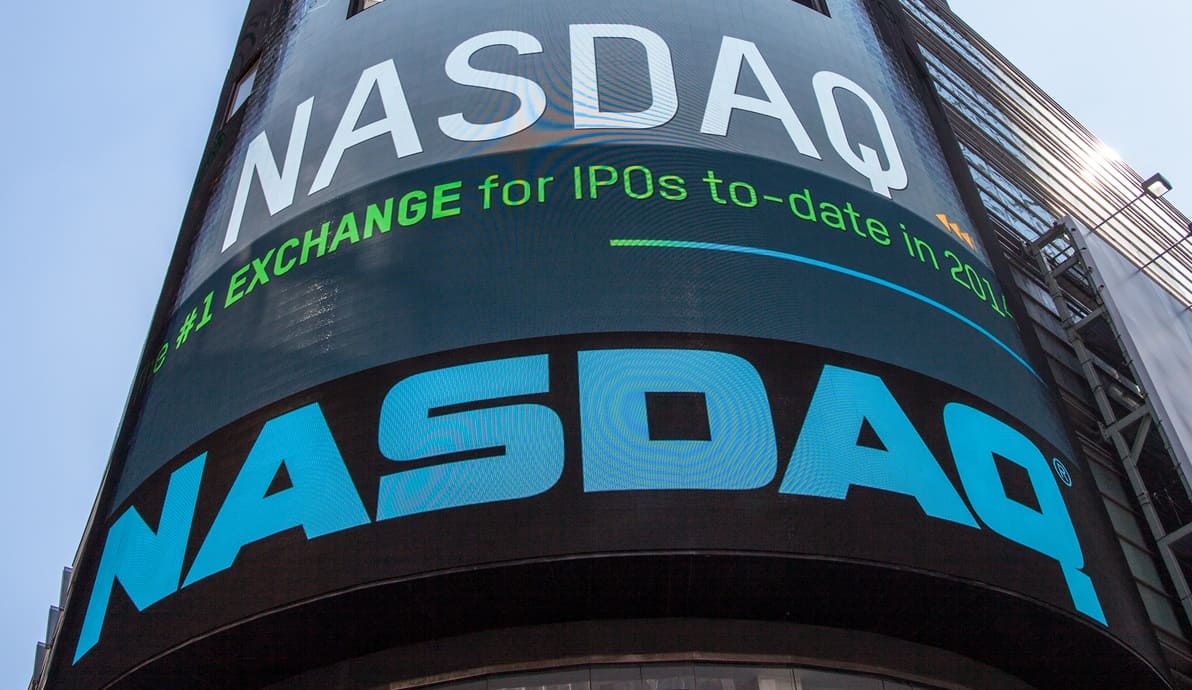