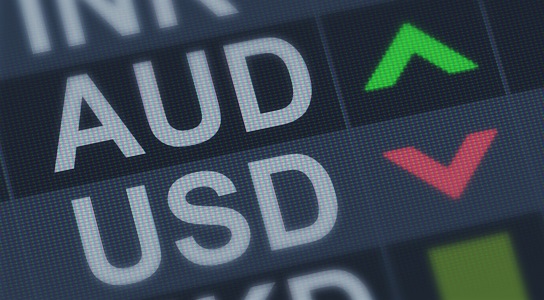 442
SHARES
12.3k
VIEWS
Share on FacebookShare on TwitterShare on WhatsApp

The Australian dollar is rising rapidly after the RBA governor Lowe gave a speech last night in which he reiterated that the central bank would do what is necessary to maintain low and stable inflation. That there is a real possibility the Cash Rate will be raised this year as they are closer to a point where inflation is sustainable in the target range. They are holding off due to the war in Ukraine and will watch to see how the conflict adds to supply-side inflation pressures. Gov. Lowe was upbeat about the string growth in hours worked and rising numbers of jobs over the months ahead. The markets took the cue that after a couple more CPI’s the RBA will begin their rate hike cycle and have started positioning themselves already. 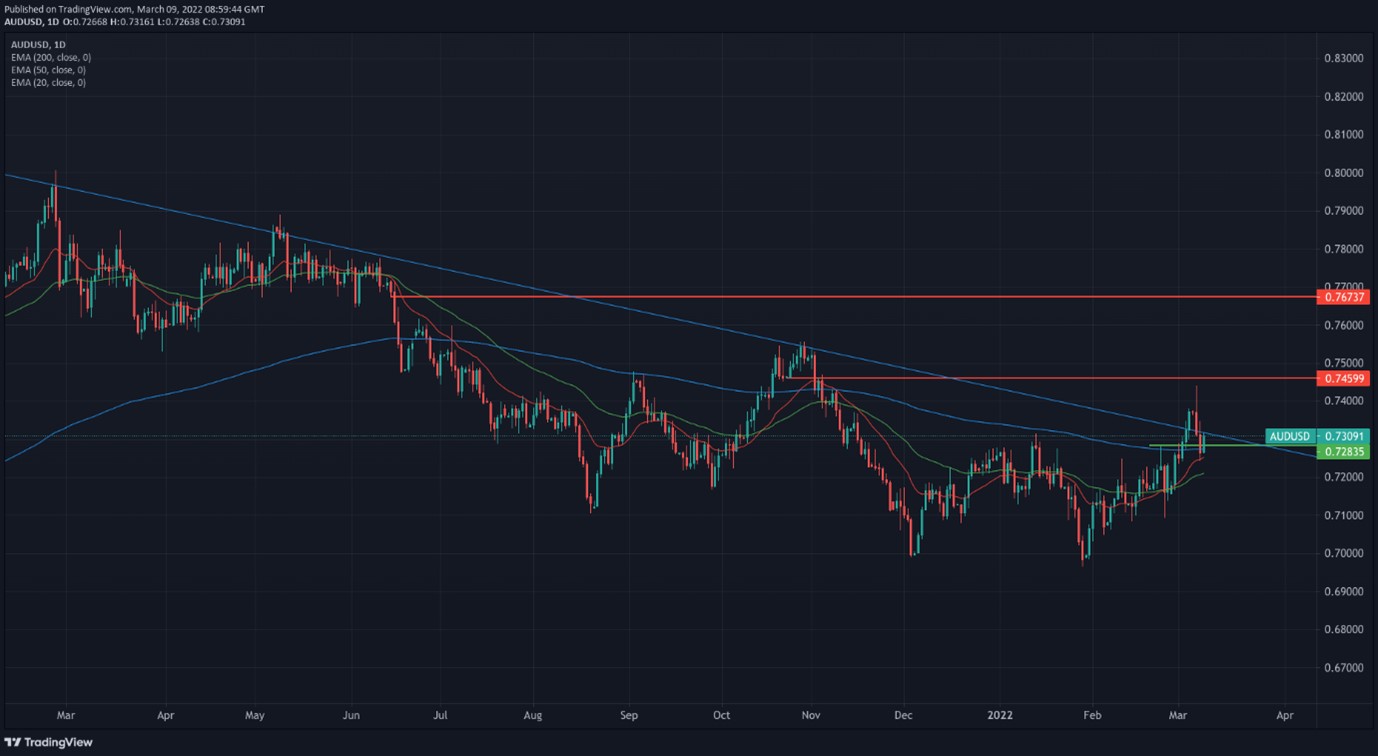 The AUDUSD on a daily chart has seen price compress under the 200-period EMA. A bullish close today above Monday’s low would go a long way to giving the bulls enough momentum to break higher. This would also have the price back above the descending trend line and the 0.7300 level which has been significant in the past. 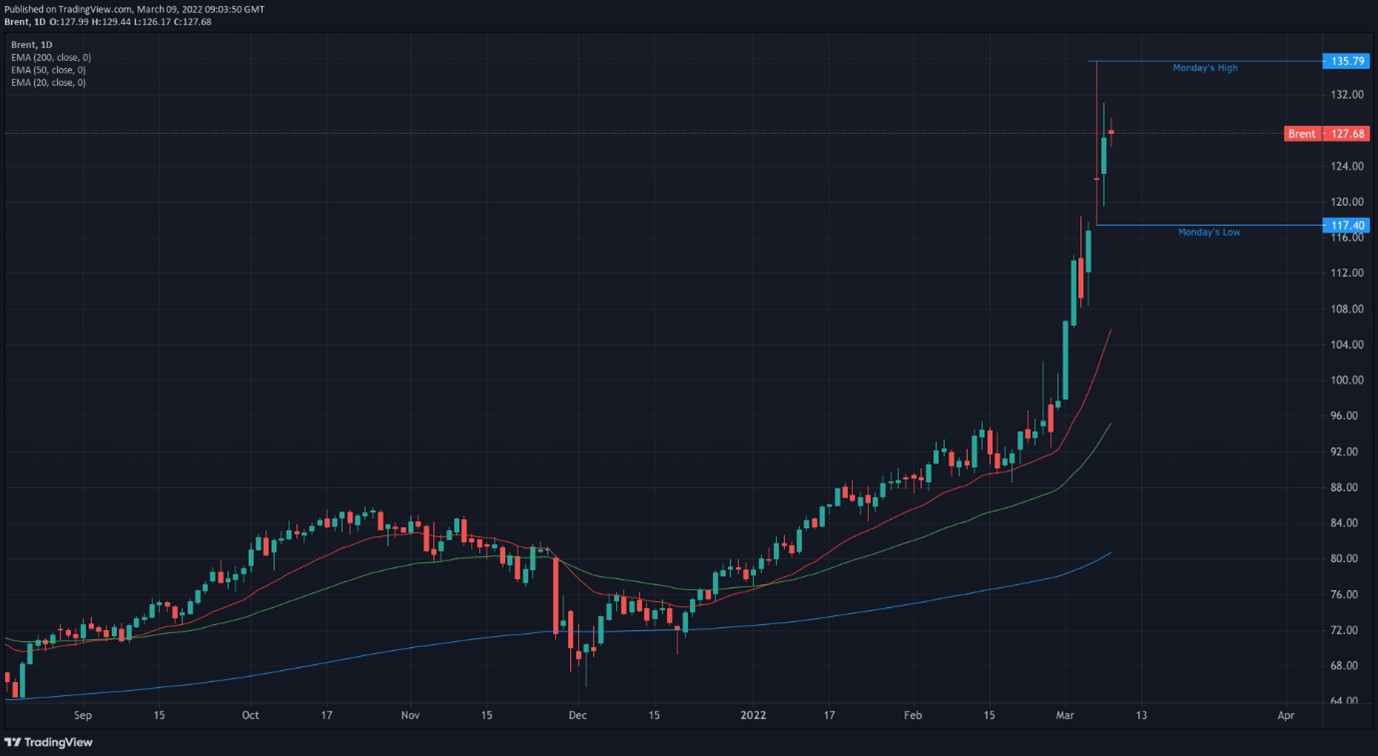 Brent oil is trading within Monday’s range still, which means it is at elevated levels still. This price shock is going to permeate its way all the way to the pumps and voters’ pockets. Currently, there is positive political will backing Biden’s efforts to ban Russian oil exports. But that is unlikely to last very long when the daily reality kicks in. This year is the mid-term elections, and all the world’s woes will be put at the door of President Vladimir Putin. It is handy to have a bad guy to point at when all else has gone wrong. The increase in oil prices has also made the US administration think outside of the box and they have started the process of dealing with Venezuela. And things move fast when there are $’s on the table. Last night American prisoners were released following discussions with the US, so the supply of oil is likely the next step. I find it amazing to think that Iran and Venezuela may come to the rescue of the Americans after so many years of being persecuted and sanctioned.

The EU Commission President Ursula von der Leyen said that the EU has purchased so much LNG that it will be independent of Russian gas until the end of winter. I am unsure of which winter she is talking about specifically. I am assuming it is this current cold spell. She told Germany’s ARD television the EU wouldn’t need to import any gas from Russia and that the EU is planning to free itself of Russian gas dependence by the end of the decade.

Von der Leyen said sanctions against Russia were designed to cause a maximum impact on Moscow while causing the least damage possible to Western economies. Personally, I am not sure it works like that in the real world. We have already seen the problems caused by a supply shock due to covid-19. No reason to believe this set of sanctions will be any different.

Zhao Lijian, a spokesman for the Chinese Foreign Ministry, said that the United States has no international legal basis for its ban on energy sector imports from Russia. In a press briefing, he said China opposes “unilateral sanctions” as they do not bring peace and security. “It will only lead to serious problems for the economy and quality of life in the countries concerned. In such a scenario, everyone will lose… China and Russia continue stable cooperation in the energy sector,” Zhao stressed.

Saudi Arabia and the United Arab Emirates, which are critical of the United States’ policy in the Persian Gulf and the Middle East, have refused to speak to Biden about support for Ukraine and containing high oil prices, according to US officials. Among other things, Saudi Arabia has called for US support for the military intervention in the Yemen civil war, assistance with its nuclear program, and legal immunity for Crown Prince Mohammed bin Salman, who faces multiple lawsuits in the country, including the murder of the journalist Jamal Khashoggi in 2018. Despite the White House’s call for more oil imports, the Gulf states have pledged to stick to the OPEC production plan, a sign that they are being increasingly influenced by Moscow. 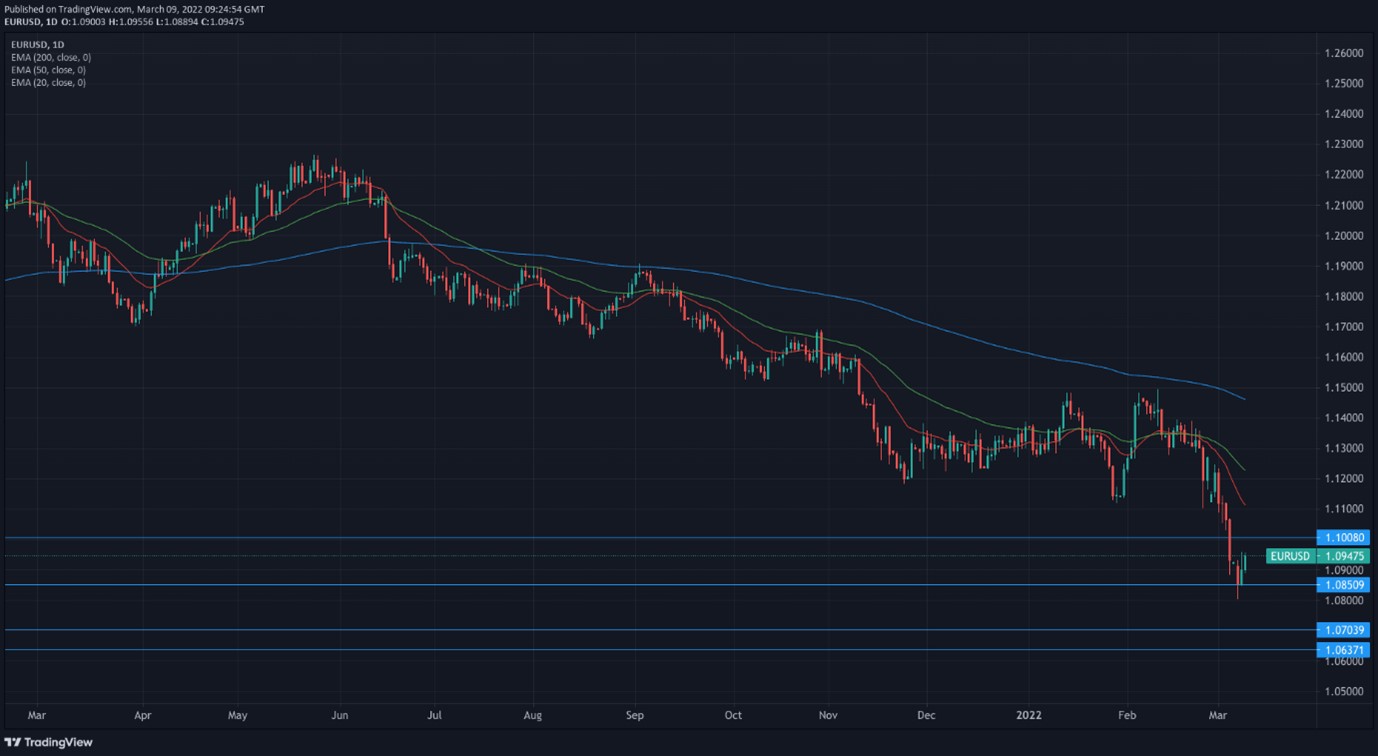 The EURUSD is continuing to find support at these levels, with the 1.0800 acting as the most significant level of demand. Momentum and price action are to the downside, so apart from a counter-trend intraday position, I would not recommend going long just yet. We are also waiting on the ECB tomorrow so things could get volatile in the euro crosses.

This 68% of traders on the ActivTrader platform who have bullish sentiment towards the major pair are likely to feel the heat again in the coming days. 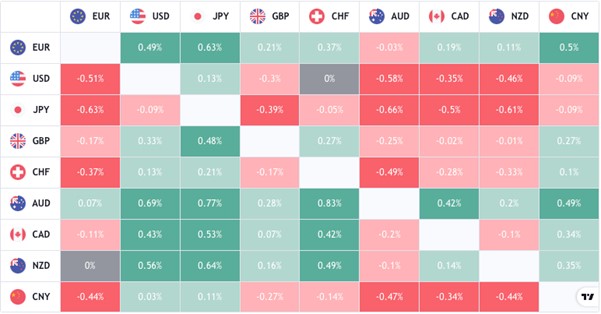 Though for the third consecutive London session the euro is relatively strong against the other majors, except for the Australian dollar.