Will CPI data be the straw that breaks Silvers back? 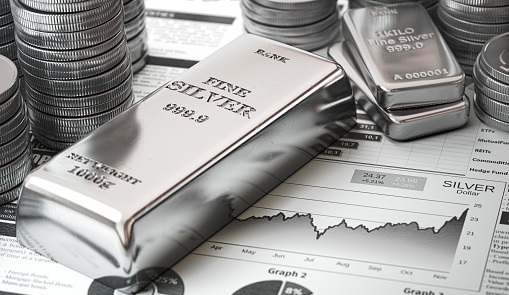 423
SHARES
9.4k
VIEWS
Share on FacebookShare on TwitterShare on WhatsApp

The price of silver has dropped and at the start of electronic trading this week the price of silver dropped harder and faster in what market observers are calling a flash crash. The opening price was around $24.30, and the low print an hour later was around $22.25. The last minute of that first hour was a climactic end to the move with price subsequently drifting higher. The second hour of trading was key, as price had regained 50% of the large drop, indicating that buyers had stepped in or at least sellers had sold all they were going to sell that day.

$23.20 is now a good line in the sand for the silver bulls as they have defended that price level several times over the course of these last two days of regular trading.

Traders on the ActivTrader platform are extremely bullish the silver contract with 87% of them long. This is usually a great sign to look for reasons to fade them and go short and I personally feel we could see some more selling tomorrow, following the US CPI numbers. 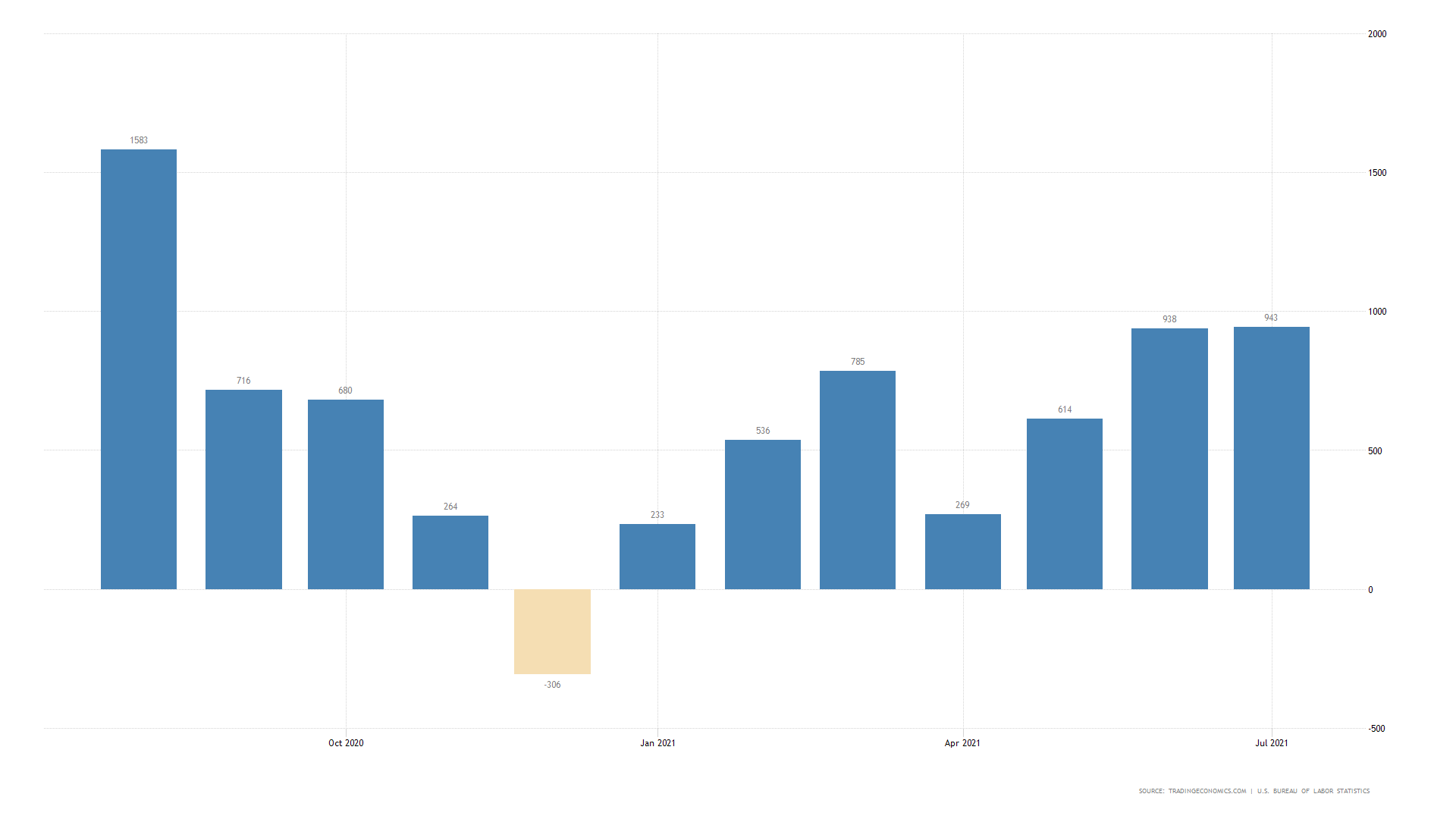 The flash crash was a follow up from the Friday before which had seen precious metals tumbling, Bond yields and US dollars going up following the US Non-Farm payrolls number.

The S&P500 hit a new record high Friday after the U.S. Labour Department said that 943,000 jobs were created in July, beating consensus expectations of 870,000 jobs. They also revised higher the previous months numbers making it 3 consecutive months of rising jobs numbers. Jobs ideally need to reach +1 million on a sustained basis if the Federal Reserve is to meet its full employment mandate.

Unfortunately, the acceleration in jobs numbers started to tail off from April so we may never get to the 1 million jobs per month mark. With the good NFP number we also learned that at the same time, the unemployment rate fell to 5.4%, down from 5.9% in June. Wages also rose more than expected in July.

Precious metals are sensitive to many factors and the most obvious is the US dollar as they are priced in US dollars per ounce. The immediate reaction in the US dollar index (DXY) after the jobs number dropped was to rise. The DXY had been caught between the daily 20 and 50 exponential moving averages but had found the daily 200 ema to be very supportive. 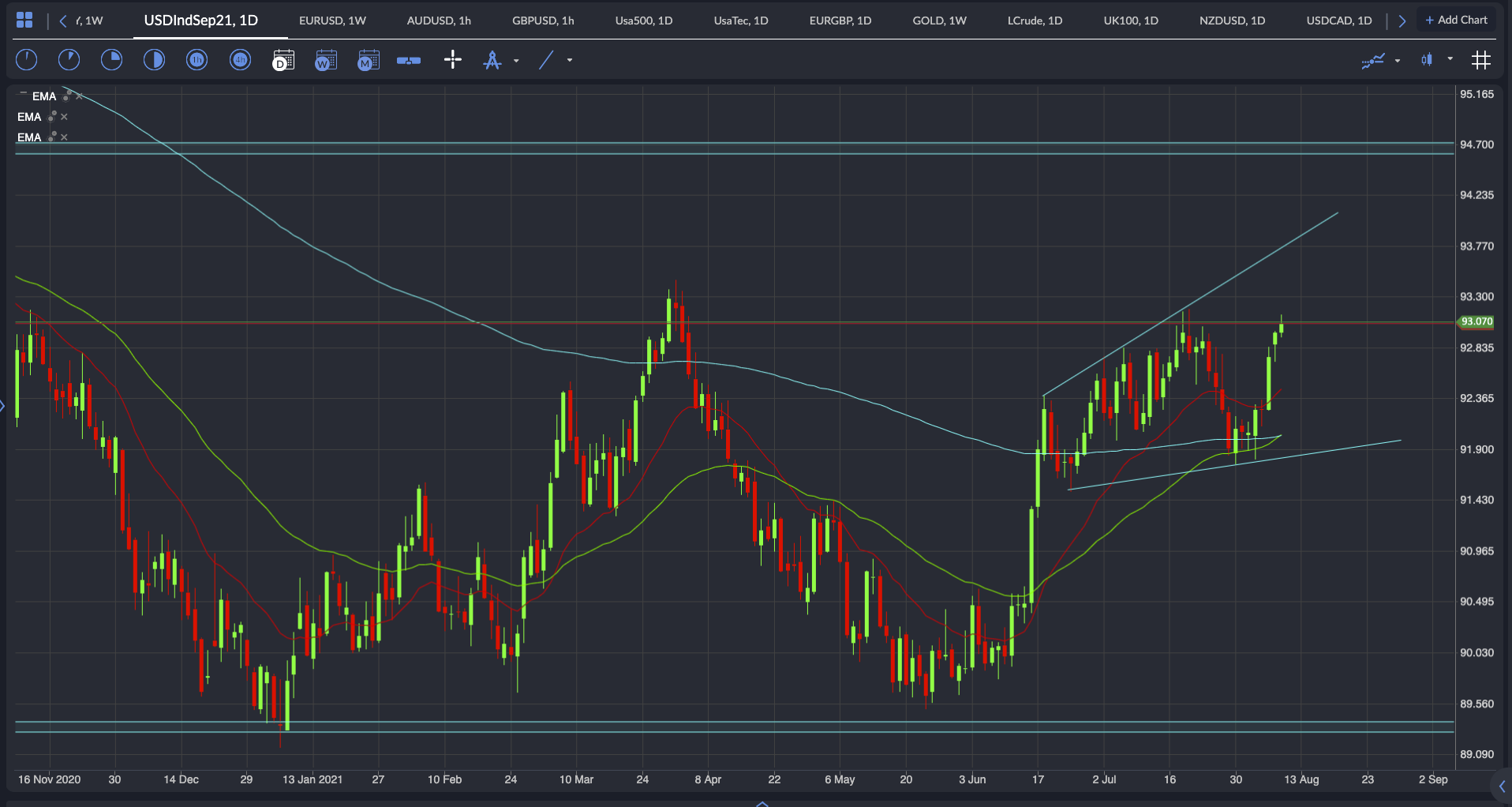 The DXY chart pattern is now forming into an expanding triangle which I am expecting to at some point lead to an impulsive move most probably higher. If that comes to fruition, then $94.70-$95.00 would be my initial target. 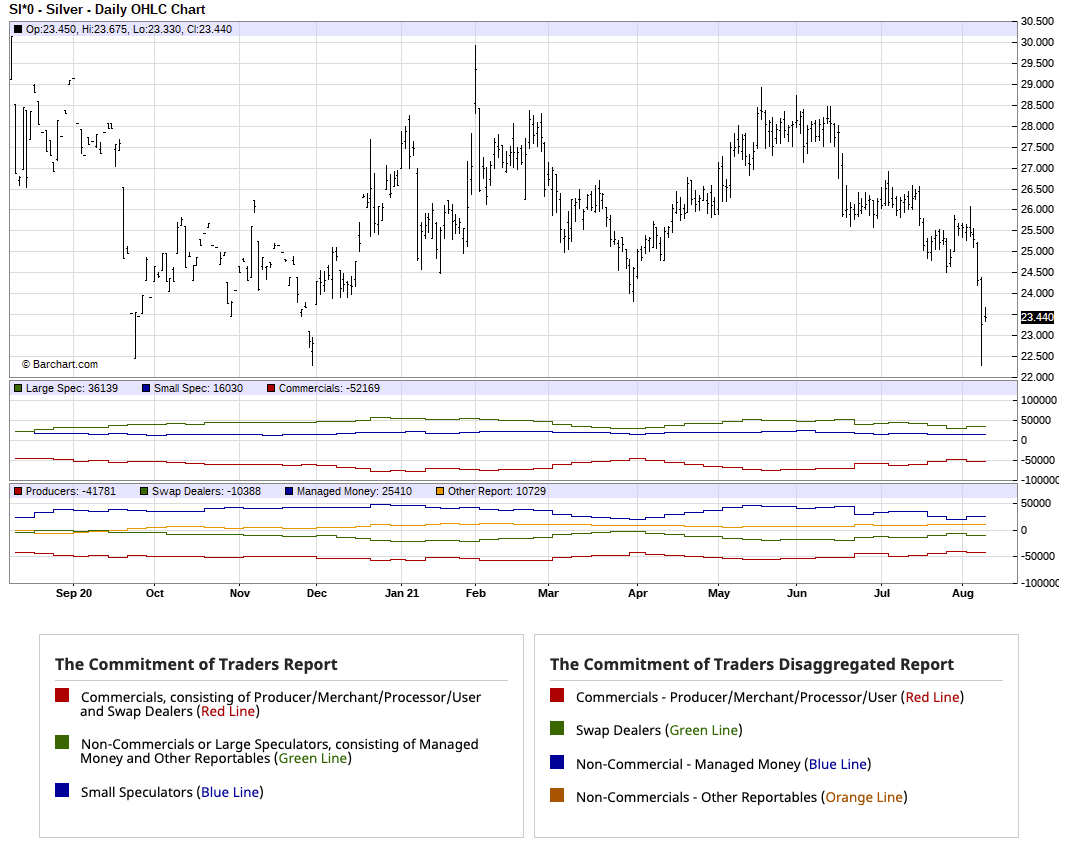 The positioning in July to August was looking like the action in March to April, which resulted in a 2 month rise in silver. After what happened on Sunday night/ Monday morning, I doubt there are any Large Spec longs left and they will have got short or stopped out. This Friday we will learn how they are positioned and whether the open interest has risen from its 2-year low or whether it has diminished further

Towards the end of last week Fed Vice Chair Clarida mentioned the Fed could be very near to adjusting monetary policy. He suggested that conditions for interest rates hikes could be met by the end of 2022. He also said the Fed could begin asset tapering later in the year, which is a lot earlier than expected. FOMC members Bostic and Barkin have maintained this Hawkish narrative since and after they would have seen the market reaction to these expectations.

The silver closing prices and 5-year Treasury (TIPS) have quite a strong inverse relationship and based on the above graphic it could be assumed that if these 5-year TIPS were to raise the price of silver would break down. 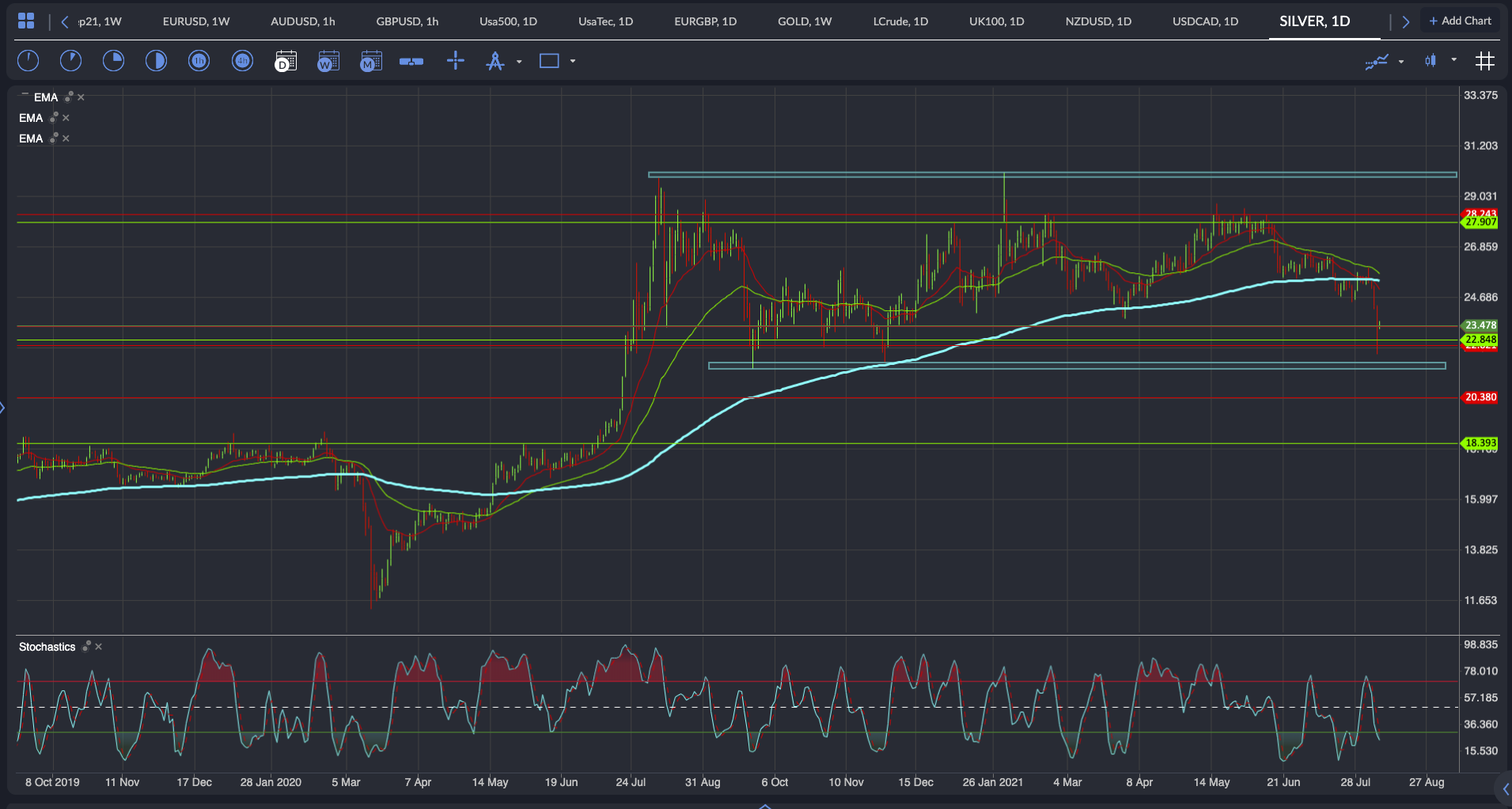 On a daily chart I have marked up the range that I think is most important for traders to keep an eye on as it could have been interpreted as being a bull flag, but in this new environment we could be looking at a distribution range. $21.60-$21.50 for me is significant support and if that were to break, as the US dollar rose and inflation ticked higher, the next stop below would be $20per/oz and then $18 per/oz. 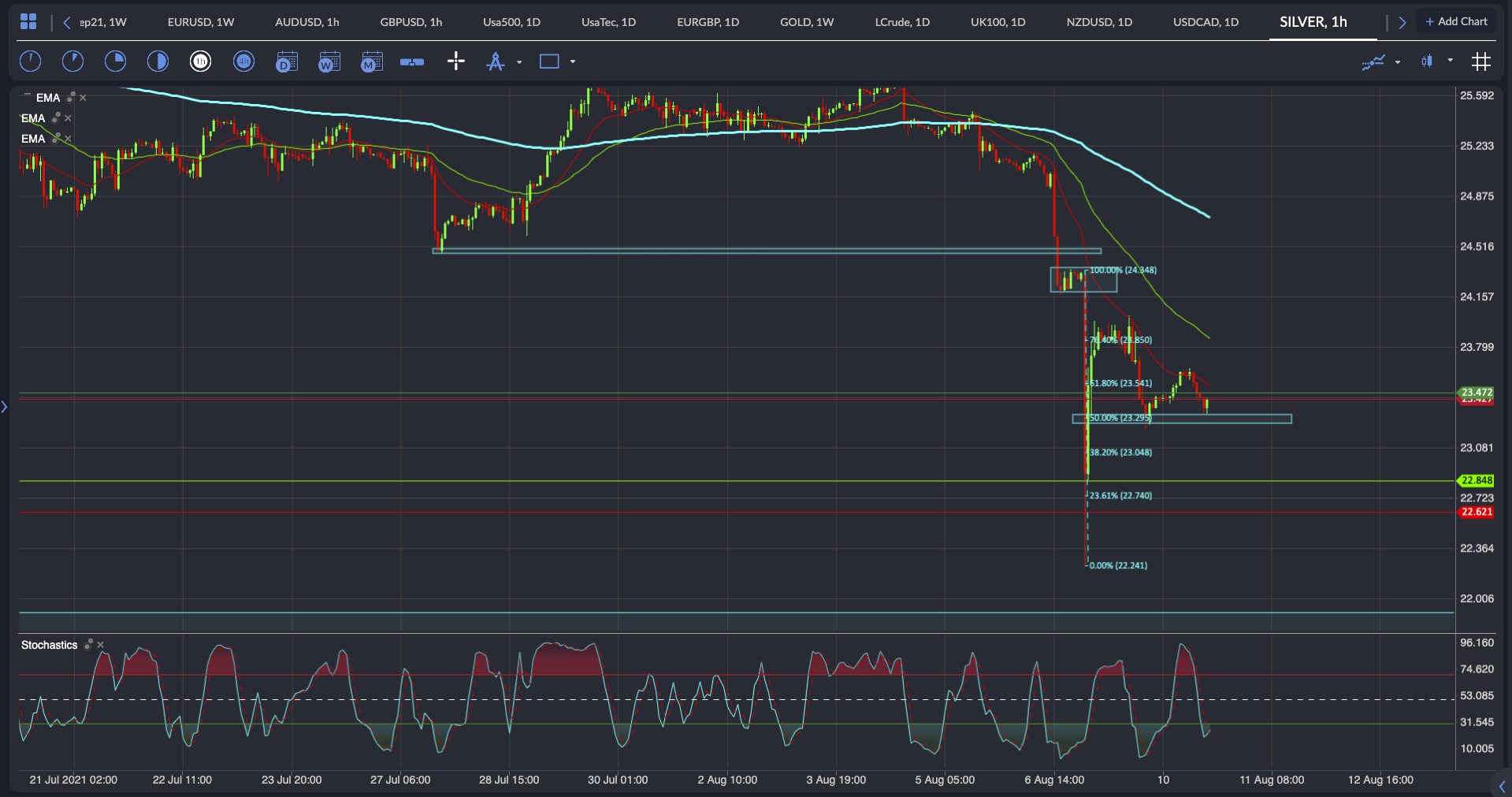 As I mentioned earlier the current level of intraday support that I am looking at is the $23.20 which is around 50% of the weeks opening move. If that does hold the next roadblock above is the $24.40-$24.50 level which was a breakdown of previous market structure. There would also be the hourly 200 ema coming into play acting as dynamic resistance so possibly a good place to join in with a short trade. With the daily 200 ema flattening off that could also be a good target to initiate a short from but that would be dependent on whether the lower bounds of the range had been tested first or not.

Tomorrows CPI month over month (m/m) and Core CPI m/m is key, with expectations of them coming in at 0.5% and 0.4% respectively.

Last month’s reading was a massive monthly increase so at expectations or above is all that the market needs to feel that the Fed have been putting out forward guidance that they see inflation as having been making substantial progress for as long as they need to see it. This could then make the 10-year benchmark yields rise faster and with that the US dollar, which in turn will weigh on the precious metals and especially the more volatile silver.

For silver the upside remains in the long term as inflation is most probably transitory and there is still the need for silver in ever increasing quantities due to the metal being a key component in a lot of green technologies. President Biden’s infrastructure bill will see spending increasing over the coming 8 years which will be supportive to manufacturing. Silver is mainly used as an industrial metal, in solar panels and somewhat as a store of wealth. 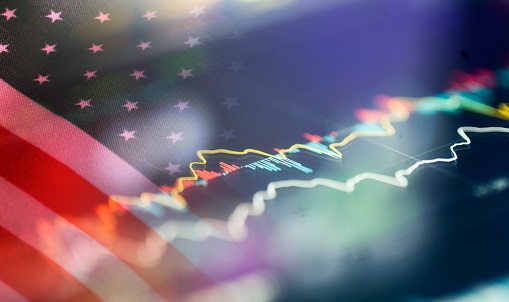