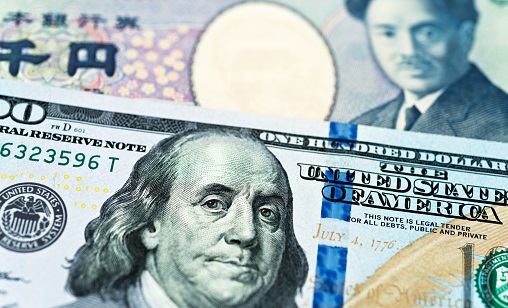 367
SHARES
11.5k
VIEWS
Share on FacebookShare on TwitterShare on WhatsApp 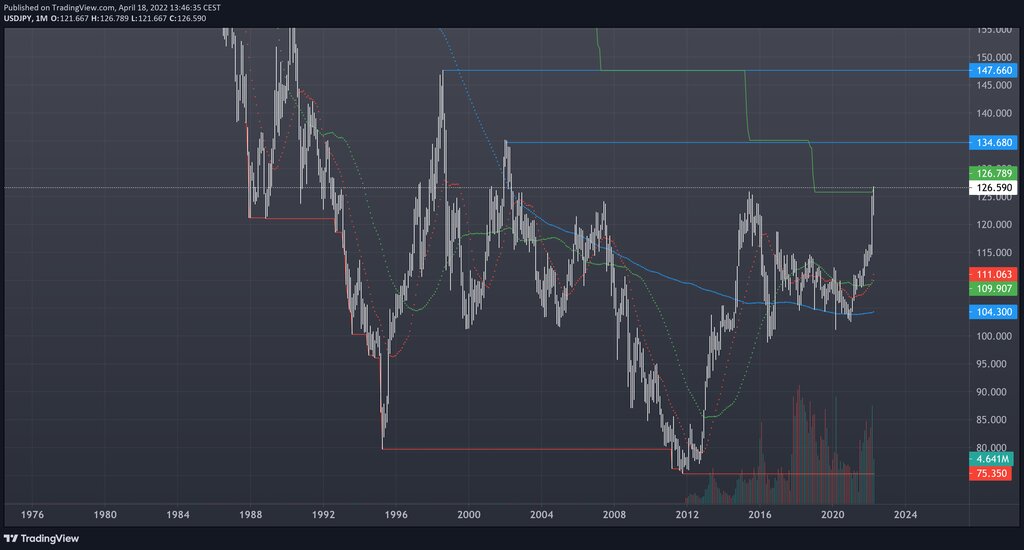 USDJPY is predicted to remain well supported around its multi-year highs and possibly extend its upward movement in the near term, as yield differentials between the US and Japan widen with monetary policy divergence. The yen will also suffer from negative terms of trade, shocks from higher commodity prices, especially energy prices, and direct and portfolio capital outflows according to several analysts.

It is tempting to keep looking higher in the USDJPY, but we should consider what would occur with the potential shift in Japan’s policy stance towards normalization and an anticipated unwinding of broad USD strength. Under this scenario, global macro trends in the yen could shift. Therefore, the larger outside risk in H2 22 is tilted towards USDJPY becoming less of a bullish asymmetric trade and with some increasing headwinds set to reverse USDJPY gains following this latest exponential move in March.

The normalization in BoJ monetary policy could be spurred by fading Omicron concerns, as its forward guidance is highly dependent on COVID and the response to emergency measures. Though China is currently keeping the world on alert as we’re seeing COVID rip through manufacturing and central business districts.

Meanwhile, continued upward revisions in inflation and a corresponding acceleration in Fed hike prospects could wipe out all the other concerns and send the USDJPY to its highest level since 2002.

Nevertheless, continued upward revisions in inflation and a corresponding acceleration in Fed hike prospects could wipe out all the other concerns and send the USDJPY to its highest level since 2002.

The ActivTrader sentiment indicator is showing that the short trade is very crowded with 94% of traders on the platform trading the USDJPY are trying to pick the top. This cohort will need to be stopped out before we see a meaningful move lower in the pair. If they don’t flip to being more neutral, the acceleration through their stops will just keep occurring. 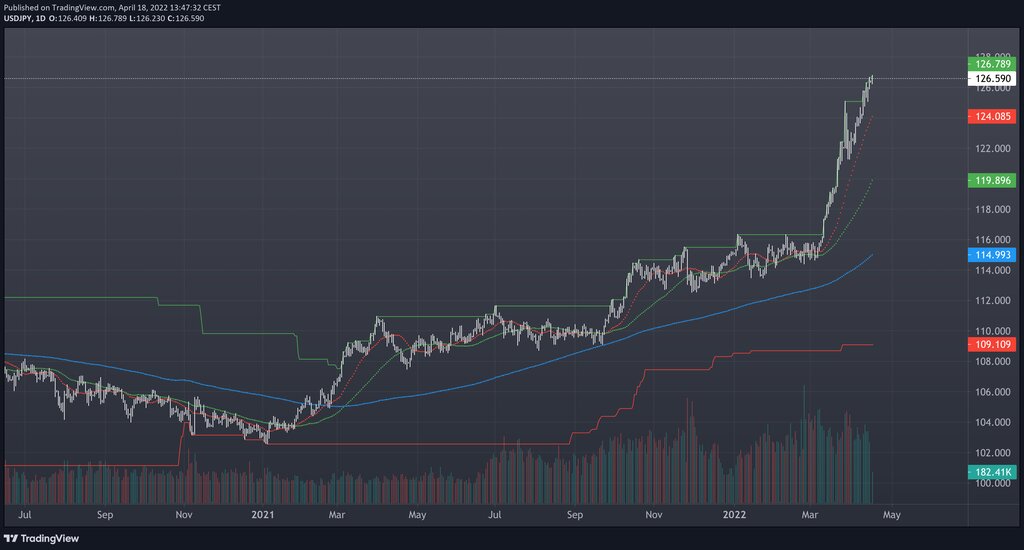 We see on the daily chart that any pullback is bought into, and it is these daily red candles that sucker in the traders looking to go against this technical and fundamental trend. For me, until the price action is below the 200-period moving average, I wouldn’t think of taking a short whilst the monetary policies remain as they are now. 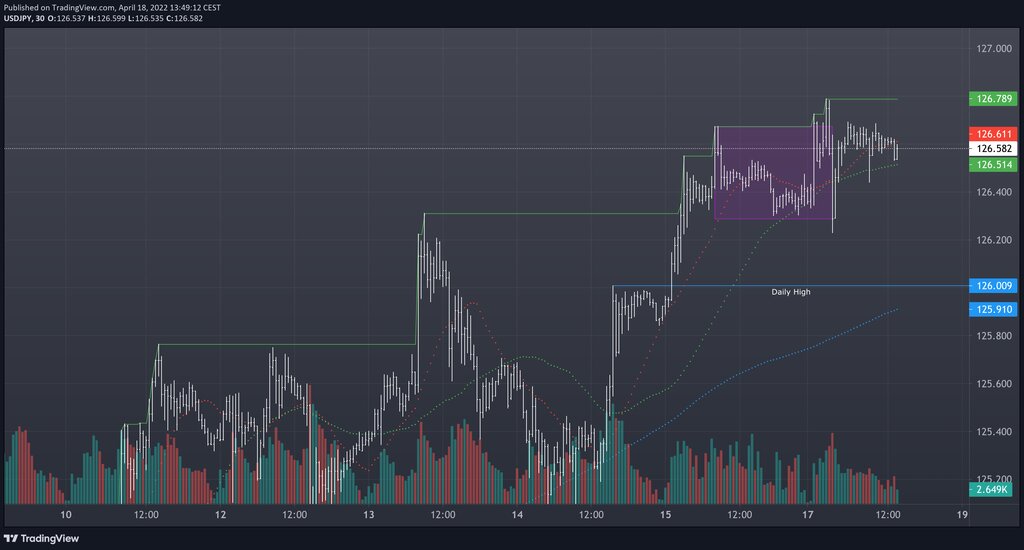 I would rather wait for an old daily high to get tested and for that level to show it has buyers stepping back in to defend the level. In the intraday chart currently, it does look like a small range has had the highs and lows swept. So, a break in either direction would be a continuation pattern. The problem with shorting is that you go straight into a known level of previous resistance which is likely to act as support. Whereas if you buy a break to the upside its basically clear skies until the highs of 2002.

Trading Levels For The Week Ahead

Trading Levels For The Week Ahead