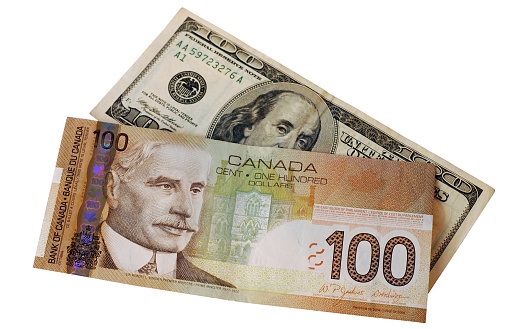 416
SHARES
9.3k
VIEWS
Share on FacebookShare on TwitterShare on WhatsApp

The US dollar has reversed sharply from a new monthly high against the Canadian dollar, close to the 1.2750 level, as traders regroup ahead of a raft of top-tier economic data ahead of the Thanksgiving Holiday.

With the US basically away on Thursday for the Thanksgiving holiday, traders await a tsunami of economic announcements from the world’s largest economy, with the day, culminating in the release of the latest Fed minutes.

We have seen a slight shift today’s the sentiment of oil traders this week, which could weigh on the USDCAD pair. Both Japan and the United States have announced that they are going to release their oil reserves.

With this in mind, USDCAD bulls have reason to be nervous as crude oil could rise significantly in value, as is already evidenced by oil prices, which have already recovered back towards the $80.00 level.

The US dollar index is also showing some signs of upside exhaustion, and after breaking to new 2021 highs, we could see some profit taking, which could also weigh on the USDCAD pair.

If we see a move back under the 1.2640 level this week we could be seeing a much wider correction coming for the USDCAD pair. I would suggest keeping a close eye on the 1.2700 to 1.2740 levels this week.

The four-hour time frame shows that a large head and shoulders pattern continues to form, with the latest rejection from the 1.2750 area helping to form the bearish price pattern.

Significant amounts of bearish MACD price divergence have formed during this recent price rise and extends towards the 1.2500 support area. Watch out for further losses if the head and shoulders pattern play out below the 1.2640 level. 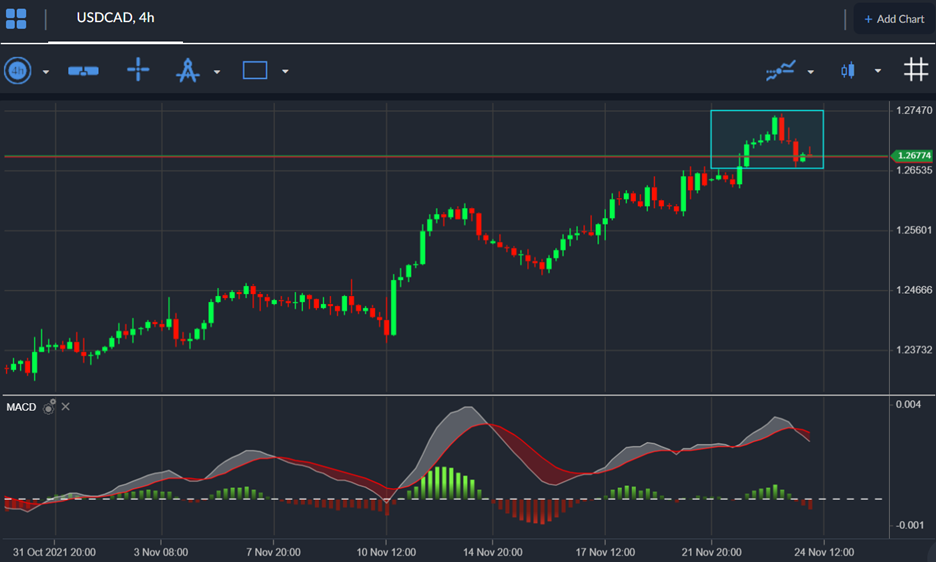 A bearish triple-top continues to loom over the USDCAD pair, with the recent series of upside failure above the 1.2900 resistance levels helping to shape the bearish double tops.

A fourth technical rejection has also happened, meaning a fourth major lower high could have just formed. A slump back down towards the 1.2500 level seems likely if this week’s high holds. 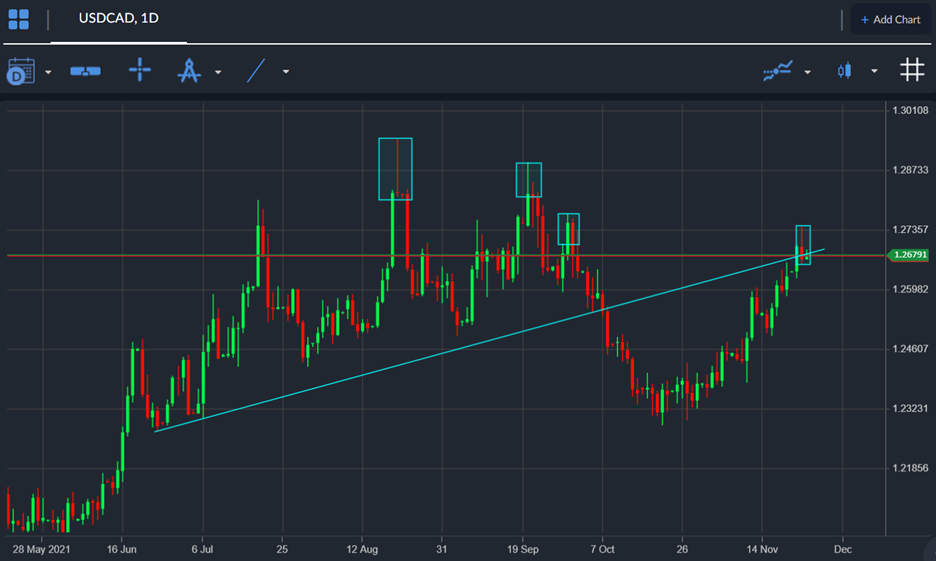