by Neville Hornsey
in Commodities, World
0 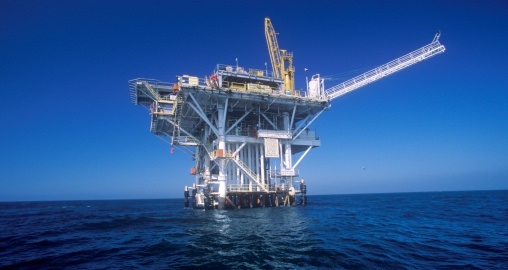 452
SHARES
9.1k
VIEWS
Share on FacebookShare on TwitterShare on WhatsApp 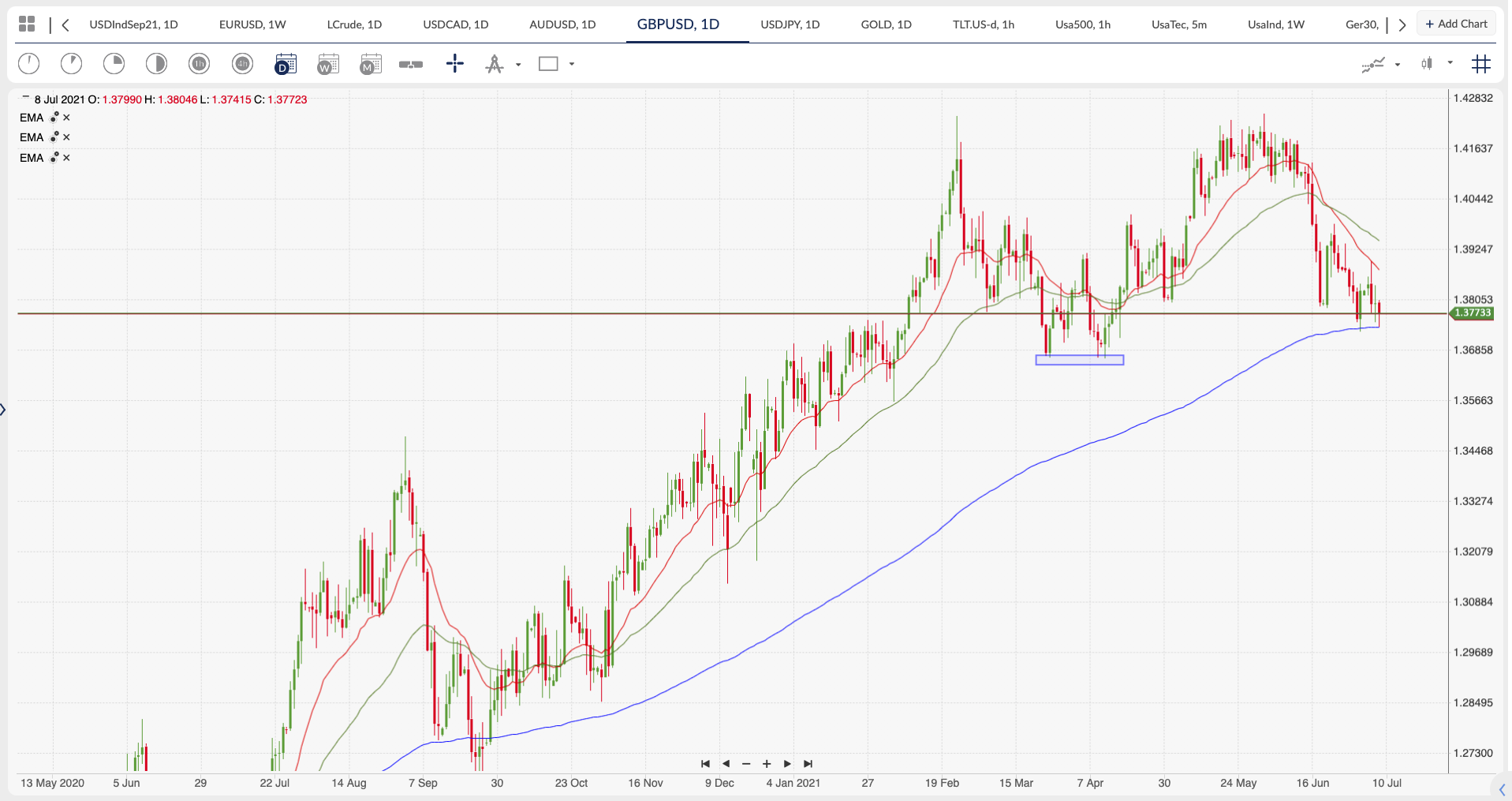 The GBPUSD has found the daily 200 exponential moving average to be key support today but ends up in the red at the London close. This is the second time the 200 ema has provide a floor on the daily chart in the last 6 trading days, as the markets become very worried about the UK governments plans to ease restrictions while COVID-19 variant cases are on the rise.

The latest COVID-19 figures are showing the highly infectious Delta variant has caused the positive tests to rise 35% in the last 7 days, with deaths also rising. Luckily, the number of deaths is still very low, but the risk is that if the R rate continues to increase a small percentage of deaths per infections will soon exponentially rise too. The UK government made announcements today around those travellers with double jabs being able to go about their business without quarantining if they have come back from a country on the UK’s amber list, from July 19th when they plan on scrapping a lot of the imposed rules in favour of common sense.

The ActivTrader sentiment indicator for the GBPUSD currency pair is showing that 68% of traders on the platform are bullish the pound which makes me question how long the daily 200 ema can hold. There is a neat double bottom that formed between March 2021 and April 2021 which would be a common place for retail traders to have placed their stops when going long.

Earlier today the European Central Bank lifted their inflation target to 2%, from being just under 2%. The ECB is not keen on high inflation and will not be happy at any prolonged rise in inflation above their 2% target. There were no specifics on where the bounds of tolerance lay, just that they are “undesirable”. 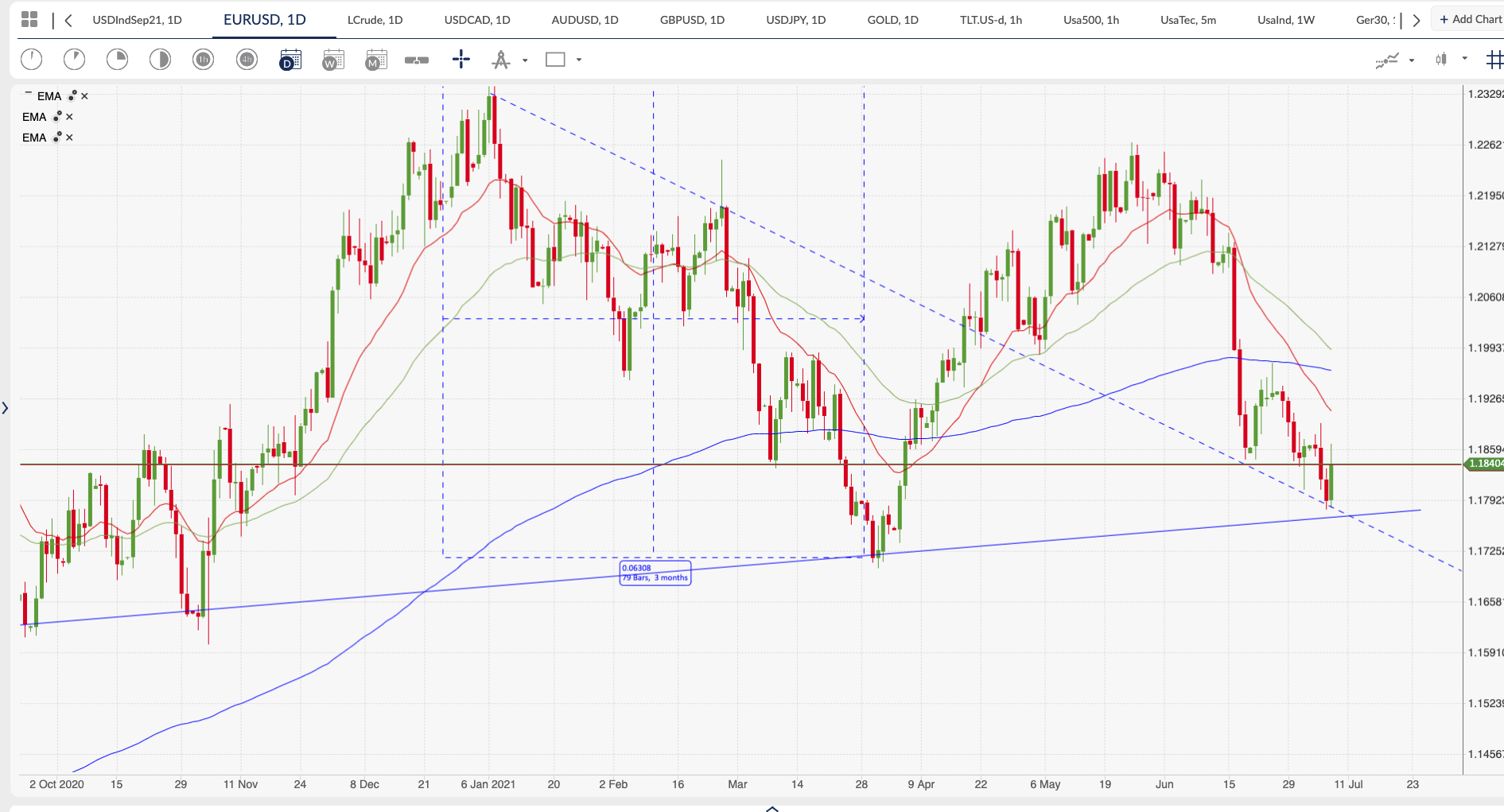 Traders once again leaned on the 1.1800 level and found support there. This bullish rise from the key level translated in the US dollar being unable to recover from the London open and the DXY went lower into the London close, until it found the 20 0period moving average on the hourly chart. 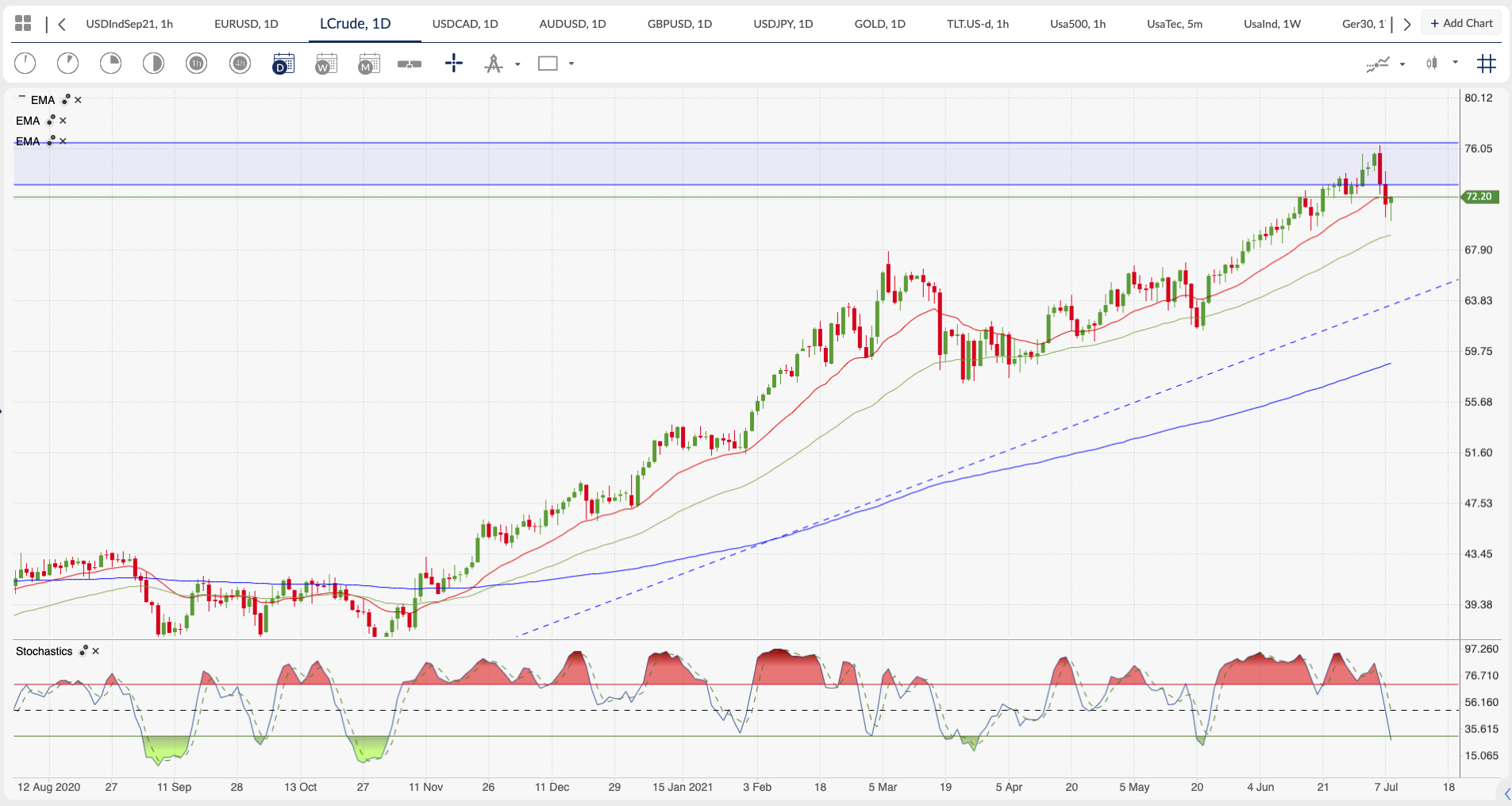 Also, at the London close the Oil markets were able to find some bidders, when the US EIA weekly crude stocks showed a larger than expected draw. U.S. crude oil refinery inputs averaged 16.1 million barrels per day during the week ending July 2, 2021, which was 184,000 barrels per day less than the previous week’s average. Refineries operated at 92.2% of their operable capacity last week. A decline in inventories hints at either economic growth or a supply shock. As we are seeing more people go to work in the USA month on month, the notion is that economic activity is rising, and new supply will have to come on stream. Unfortunately, the Delta variant of the coronavirus is now the dominant strain in the United States, accounting for over 50% of new infections according to a statement from the Director of the Centres for Disease Control (CDC).

In other bad news which could hint at a slowdown in the economic growth was the that the Initial Jobless Claims unexpectedly increased. 373K people claimed for unemployment benefits in the latest week which was above market expectations. 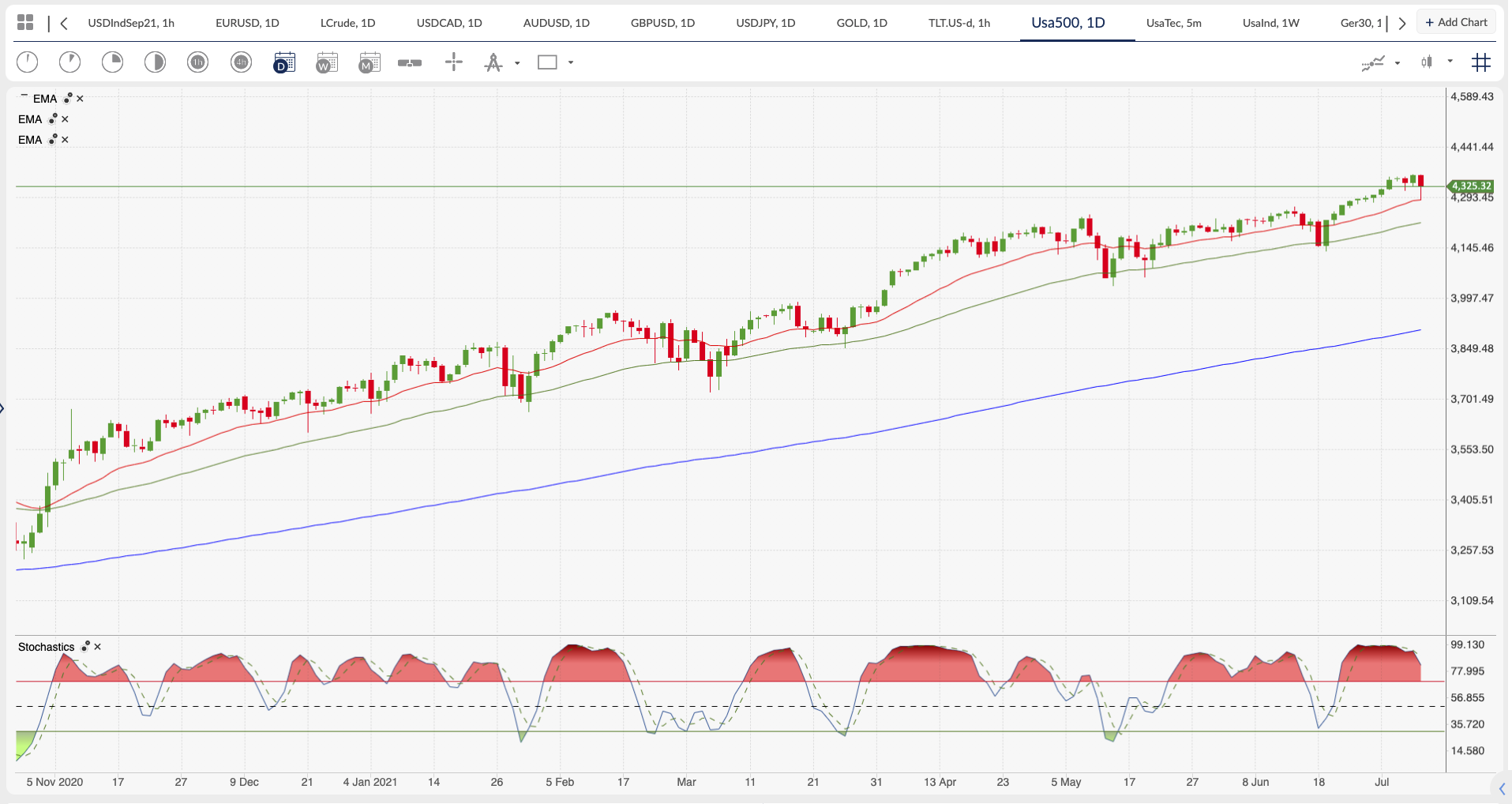 The US indices had followed the major European bourses lower through the London session, US open but at the London close the likes of the S&P500, DJIA and Nasdaq reversed their course and are firmly off their lows. The European traders may not have welcomed the news today, but the US traders seem to have undone a good 50% of the price action.