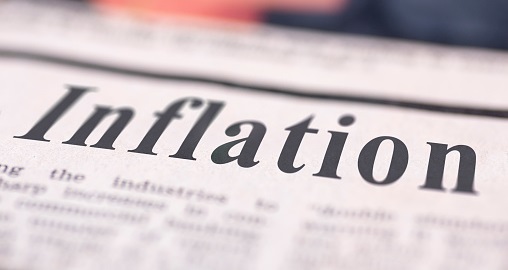 327
SHARES
8.7k
VIEWS
Share on FacebookShare on TwitterShare on WhatsApp

The S&P 500 fell every day last week, its worst losing streak since February, though by the end of the week when the index closed just above 4450, this still leaves it within 2.0% of the record highs set earlier in the month. Friday was the worst session of the week, with traders citing higher than expected US August PPI as triggering US QE taper fears, as well as further calls from FOMC officials for the taper to begin by the year’s end. The main event for US and likely global markets this week will be the release of the US August CPI report on Tuesday, as well as US August Industrial Production and Retail Sales figures on Wednesday and Thursday respectively. Ahead of these events US equity index futures are attempting to stage a mild rebound; E-mini S&P 500 futures are up about 0.4% to the 4470s and Nasdaq 100 and Dow futures are up a similar amount.

Gains this morning come despite further endorsement for the QE taper to begin soon over the weekend, this time from FOMC member Harker, who said he wanted to see the taper last between 8 and 12 months. Moreover, a widely circulated WSJ article speculated with a surprising degree of confidence that at next week’s Fed meeting, FOMC members will seek to forge an agreement where the tapering of QE purchases will commence in November and end by mid-2022 – a slightly more hawkish timeline than most market participants are expecting. Arguably, this could be supporting the US dollar this morning, which has been gaining predominantly against its lower-yielding peers (EUR, JPY and CHF), but does not seem to be weighing on equities. The Fed is in blackout now until the 22nd of September policy announcement, meaning no post-CPI data reaction from FOMC members; most analysts think that, as has been the case throughout the year, Fed members will continue to view the spike in CPI as transitory, so even a slightly stronger than expected number should not really matter much to markets. What matters much more to markets will be the duration that the YoY rate of CPI remains at elevated levels (i.e. will CPI remain above say 4.0% into next year?). Comments from FOMC members since August suggest there is growing concern that this may end up being the case. But this is not the main fear at the moment regarding FOMC policy – all eyes are on the winding down of the bank’s QE programme.

US equity markets are also this morning shrugging off US tax hike talk; US House Democrats are expected to unveil proposals soon that would increase taxes on the wealthy and on corporations, including a hike in corporation tax to 26.5% from the current 21%, a 3% surtax on individual income above $5M and potentially a hike to capital gains tax from 23.8% to 28.8%. The tax hikes would likely come alongside the next major spending package; House Democrats recently approved a $3.5T budget bill but given the opposition to the size of the bill from Republicans and moderate Democrats in the Senate, negotiations there are ongoing. Moderate Democrat Senator Manchin said talks will likely go beyond the 27th of September deadline. Such chatter regarding tax hikes is nothing new, hence why it has not had much impact on markets, though as talk becomes reality, there is always the risk of a negative equity market reaction.

Moving away from US news and market themes and looking at global markets; the tech-heavy Hang Seng index fell 1.5% on Monday as reports emerged that Chinese regulators are looking to break up Alipay, a highly popular Chinese payments application, signalling the intent of authorities there to continue their “crackdown” on business. But the contagion to other regional markets was limited, with most of the rest of the major Asian bourses tracking US futures higher. Even the Kopsi 50 finished Monday with gains of 0.1% despite news that North Korea had successfully tested a new long-range missile. Turning to European markets; the Stoxx 600 is up about 0.4%. The main talking point in Europe is the latest polls ahead of the German election later this month which show the more left-leaning SPD party extending their lead over the incumbent CDU/CSU party (the former now on 26%, the latter on 20%). Uncertainty over what an SPD-led coalition might look like might be preventing the euro from reaping any gains yet, but ultimately the SPD is likely to pursue moderately looser fiscal policy and might push for further EU fiscal integration, both of which are euro positives. But as noted above, the euro is lower today versus the buck, with EURUSD down about 0.2% to back under 1.1800, with the only Eurozone economic events of note this week some ECB speak; influential ECB member Schnabel already gave remarks this morning, reiterating the bank’s dovish message that above-target inflation is set to fall back in 2022 and ECB President Lagarde is up next.

The main talking points in the UK continue to be politics, or more specifically the fallout from the recently approved, manifesto pledge breaking, NI tax hike (polls show it has hit the Conservative government’s popularity hard) and on the announcement’s set to be made later in the week on the government’s plans to deal with the pandemic during the winter (widescale adoption of vaccine passports is expected to be scrapped, as might be PCR tests for inbound travellers). There are speculation further tax hikes may be unveiled ahead of the Chancellor’s autumn budget in October. GBP is flat against the US dollar this morning and attention is set to turn to a barrage of UK data releases this week, the highlights of which include the latest jobs report on Tuesday and August CPI on Wednesday. CPI is expected to rise sharply in October to reflect a lift in energy price caps. Analysts suspect that if CPI continues to surprise to the upside into the year’s end, then markets may continue to price in a mid-2022 start to the BoE hiking cycle, which could help keep sterling afloat versus most of its G10 peers.

Sticking with G10 FX markets; NOK, AUD, CAD and NZD are each modest outperformers this morning, with the former up about 0.5% on the session and the latter three each up about 0.1% on the session versus the buck. Decent gains in some areas of the commodity complex (crude oil prices are up about 1.0%) are likely helping, with the Nikkei not showing any nerves regarding the commencement of voting in the Norwegian general election today (a slight leftwards drift in politics there is likely but is not seen as heralding much change in short-term economic policy). On the other end of the spectrum and propping up the G10 table in CHF, which is down about 0.5% on the day versus the dollar, with USDCHF rallying above 0.9200. Dovish remarks from one of the deputies SNB governors, who reiterated the bank’s commitment to FX intervention and deeply negative interest rates, are being cited as one of the reasons for the weakness.

There really isn’t much of note on the economic calendar today. ECB President Lagarde is scheduled to give remarks at 1430BST. Aside from that, expect things to be quiet as traders gear themselves up ahead of risk events later in the week. 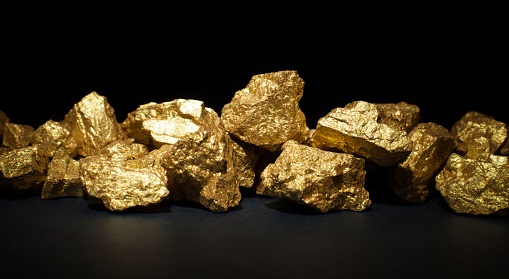