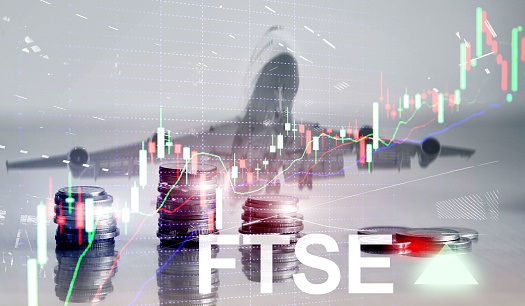 461
SHARES
13.3k
VIEWS
Share on FacebookShare on TwitterShare on WhatsApp

The FTSE100 crashed towards the 7,000-level last week, wiping out all the recent price gains in the leading UK index after the Bank of England implemented a fifth consecutive hike to interest rates as it looks to rein in soaring inflation.

Other factors were also at work behind the crash in UK stocks. Fears of a looming financial crisis and significant downturn in the global economy caused other stock indices to crash globally.

Inflation is surging worldwide due to spiking costs of food and energy, which have been exacerbated by the war in Ukraine and supply fears in agricultural commodities. Supply chain disruptions and demand shifts as a result of the pandemic have also driven up tradable goods prices.

The UK faces further economic hardship which is likely to pressure the FTSE100. The UK central bank need to bring consumer prices back under control against a backdrop of slowing growth and a rapidly depreciating currency, while the UK faces a major cost of living crisis.

With this in mind the UK economy could be in for a very bumpy patch, and as such this is likely to cause more weakness. The technical picture looks bleak at present in the short-term.

Typically, the retail crowd is on the wrong side of the trade more often than not, so the UK100 could continue to drop, as the charts in the technical analysis section below certainly suggest.

The four-hour time frame shows that the UK100 index is under its 200-period MA on the mentioned time frame. Additionally, a large, inverted head and shoulders pattern has briefly been invalidated.

According to the size of the typically bullish price pattern, a directional move of around 500 points towards the 6,600 area is possible now that the 7,150-support zone has been breached. 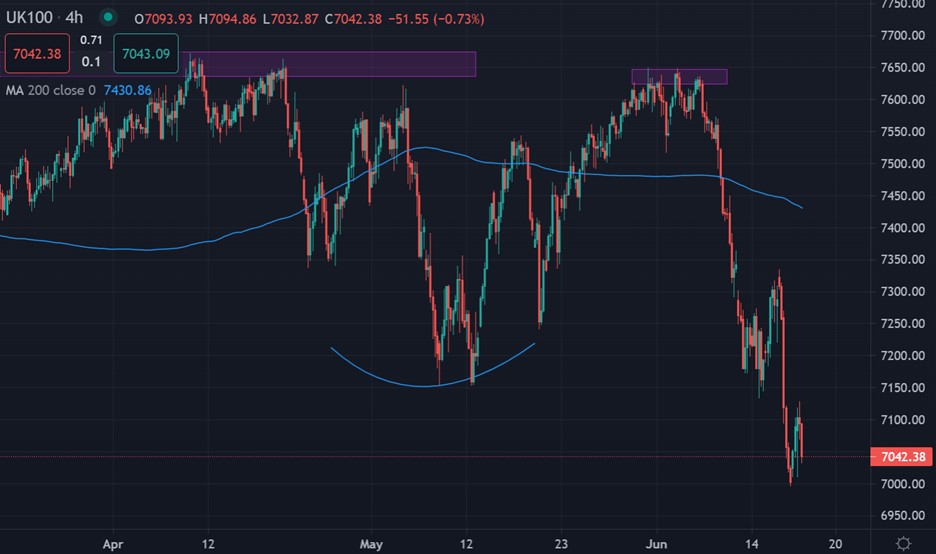 If the pattern is invalidated, I expect that the FTSE100 could crash. In order for this to happen we really need to see a move under the 6,600-support area. Be aware, it is a possible scenario. 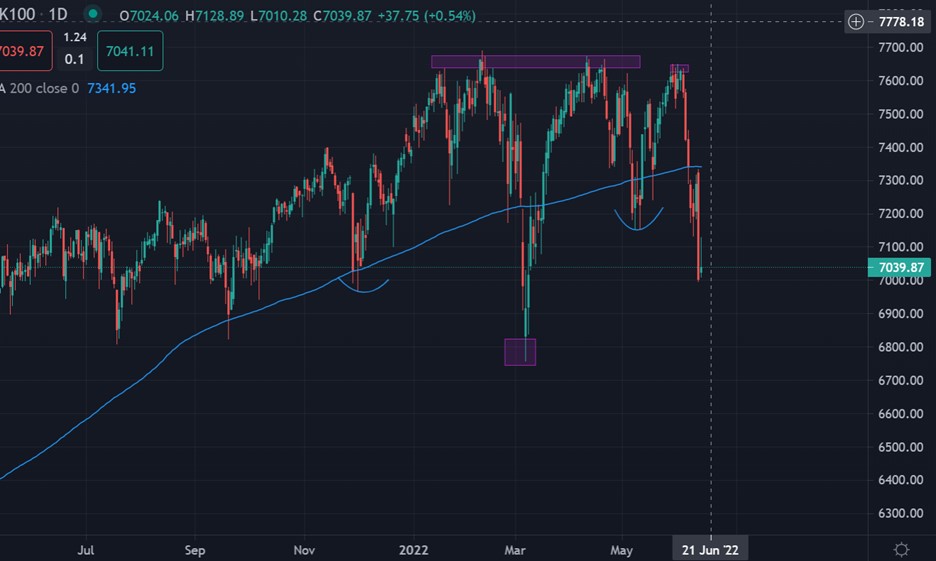 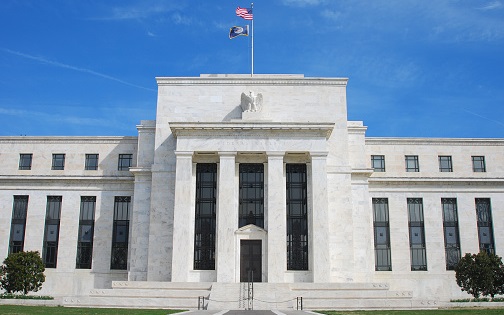