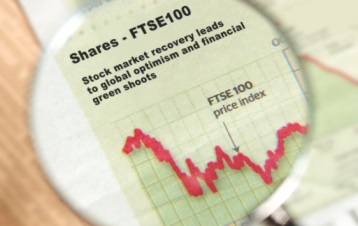 442
SHARES
13.7k
VIEWS
Share on FacebookShare on TwitterShare on WhatsApp

The FTSE 100 has been rallying away from the 7,000 level over recent days, which has gone counter to what stock traders had expected given that the UK faces the prospect of losing its Prime Minister.

Furthermore, dire economic warnings from the Bank of England about the state of the United Kingdom economy failed to dampen the buying interest towards UK stocks in general.

Yesterday, the expectations are that the Fed will confirm their hawkish stance during the Meeting Minutes were put to rest, as officials from the United States central bank talked up the risks of continued extreme rate hikes.

Going forward, investors are keeping a close eye on the latest developments at Number 10 as Boris Johnson’s premiership is still hanging on by a thread after both Rishi Sunak and Sajid Javid resigned.

On Wednesday, following another attempt to remove him, Boris Johnson made it clear he does not intend to leave Number 10, and has appointed Nadhim Zahawi as his new chancellor and Steve Barclay as health secretary.

Going forward, technical traders need to see a break of the 7,000 to 7,360 price range before they are really sure about the direction of the FTSE100. The index is currently in no-man’s lands.

Sentiment towards the UK100 is also slightly bullish right now. According to the ActivTrader platform only 58 percent of traders are bullish towards the UK100. This is not a great sign for bulls.

Typically, the retail crowd is on the wrong side of the trade more often than not, so the UK100 could continue to drop, as the charts in the technical analysis section below certainly suggest.

The four-hour time frame shows that the UK100 index is under its 200-period MA on the mentioned time frame. Additionally, a large head and shoulders pattern has been forming.

According to the size of the typically bearish price pattern, a directional move of around 500 points towards the 6,600 area is possible. A move above the 7,360 resistance would invalidate the pattern. 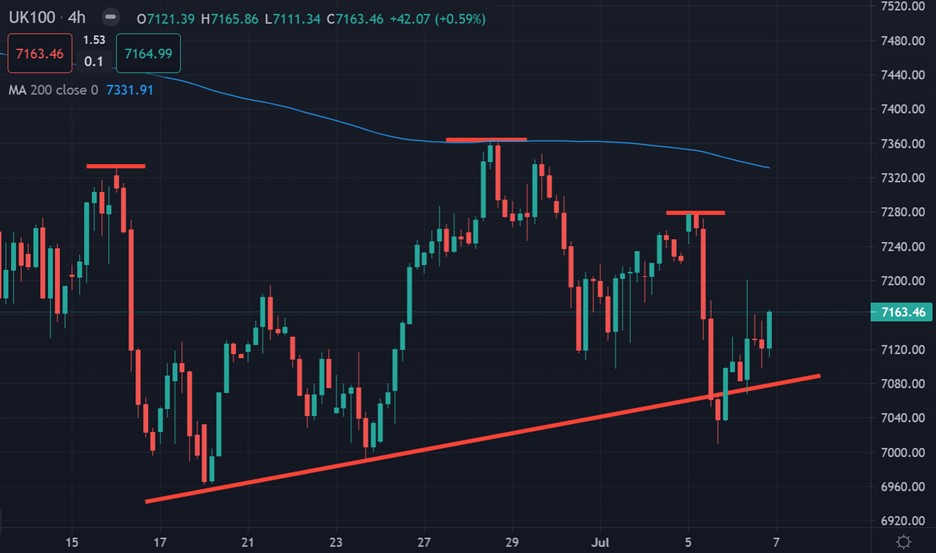 The daily time frame shows that a large, inverted head and shoulders pattern has clearly been formed. The pattern will only be made invalid if the price starts to trade beneath the 6,760 level.

If the pattern is invalidated, I expect that the FTSE100 could crash hard. In order for this to happen we really need to see a move under the 7,00-support area to get bears interested. 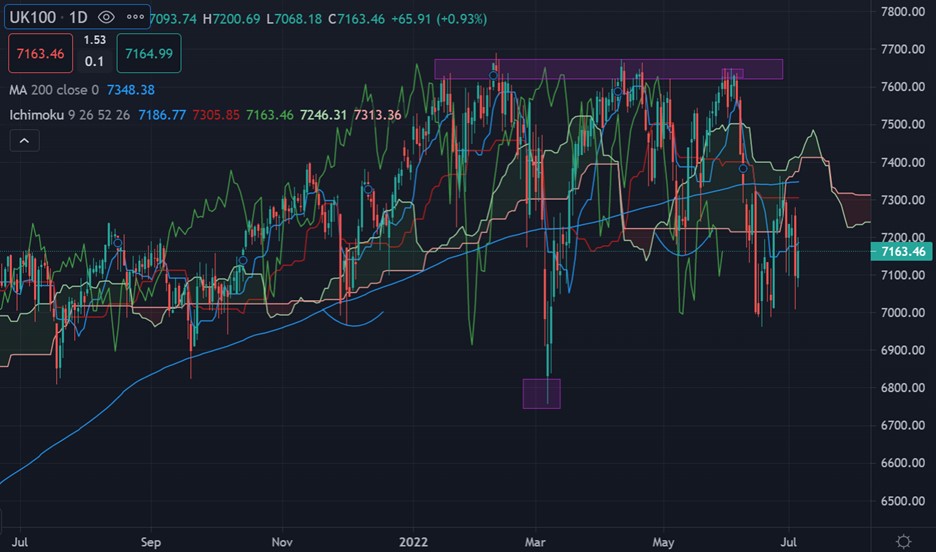