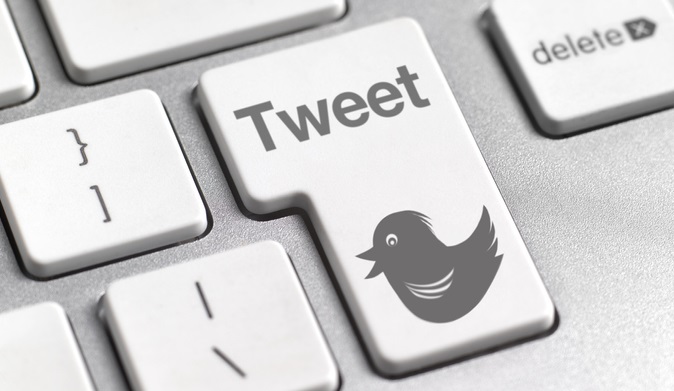 416
SHARES
12.2k
VIEWS
Share on FacebookShare on TwitterShare on WhatsApp 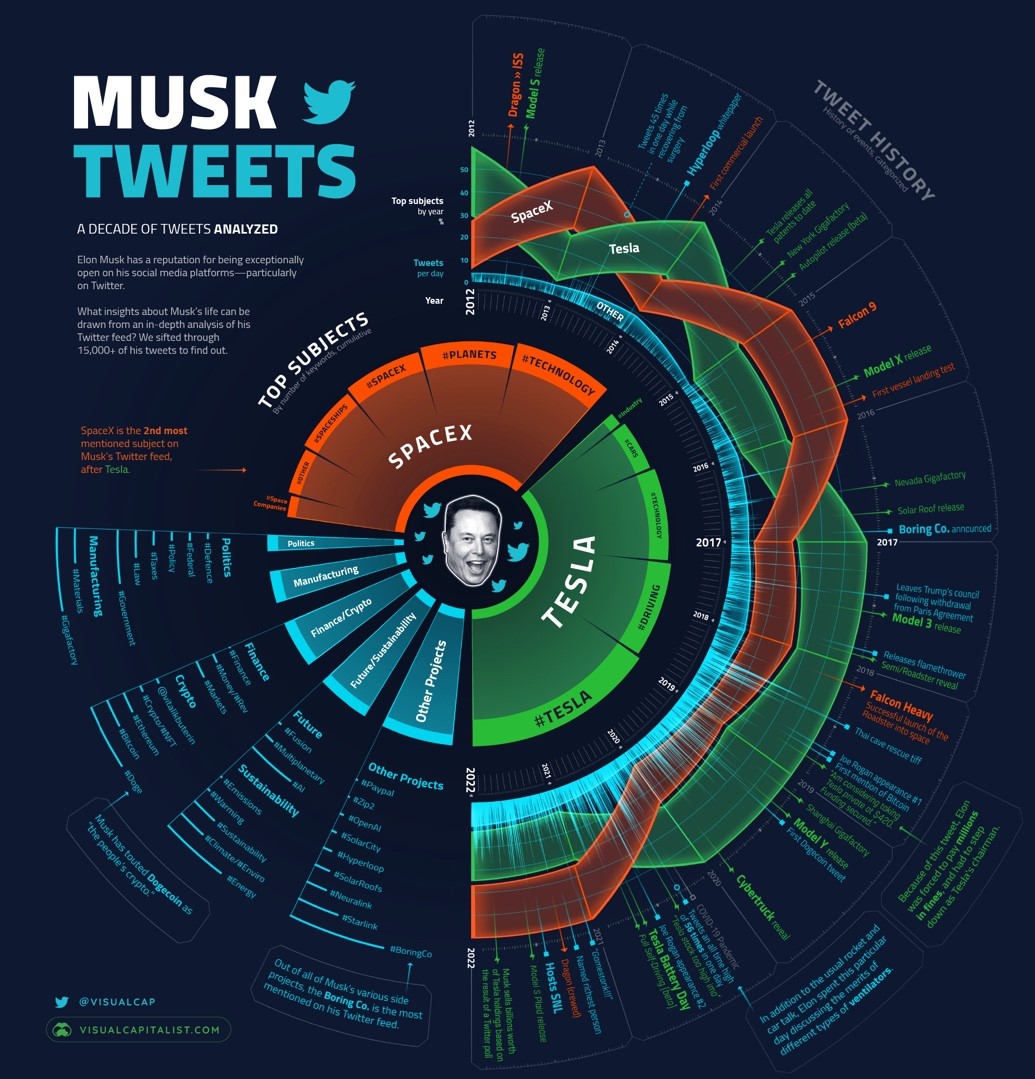 There was a time when Elon musk would tweet very little, and if he did it would be about his two life passions. Tesla and SpaceX. For people who follow Elon Musk, his passion for Tesla, Electric Vehicles and Battery storage appeared to be all building a way to work with Ai and large amounts of data with the intention of solving real world problems with safer and more efficient technologies, but ultimately, to help the rocketeer fund his goal of blasting off into space and colonising mars.

Somehow in between advancing the public towards mass adoption of EV’s, Musk has been able to set up companies that include Hyperloop, Boring Company and Neuralink but has also weighed in on subjects like crypto, renewable energy, and public discourse.

Elon Musk has built his personal brand up and elevated all the companies and subjects he is interested in, and through his increased usage of Twitter has also got himself into some regulatory trouble. In one tweet in mid-2020 he wrote that he thought the price of Tesla stock was too high, which was enough for the stock price to come off by 10%. The SEC said the tweet was subject to review since it addressed the company’s financial condition. Tesla said it wasn’t since it was a “personal opinion.” In another where he proclaimed Tesla would accept Bitcoin and that the company had invested in the crypto currency, that sent the benchmark BTC several % higher, only to say in May 2021 that he was concerned about the” rapidly increasing use of fossil fuels” and that Tesla would be “looking at other cryptocurrencies that use <1% of Bitcoins energy/transactions.”

It took Twitter 5 years to become profitable, and it took Tesla 18 years to have its first profitable year. Some would say that Twitter rose through the public conscious ranks when the President of the United States would start tweeting not only his thoughts, but also policy announcements. With President Trump the financial world had to adapt as he could move the market just as much as Elon, he just tweeted a lot more.

By the end of President Trumps time as POTUS he was banned from the Twitter platform, along with all the other main social media platforms. And now he is starting his own. 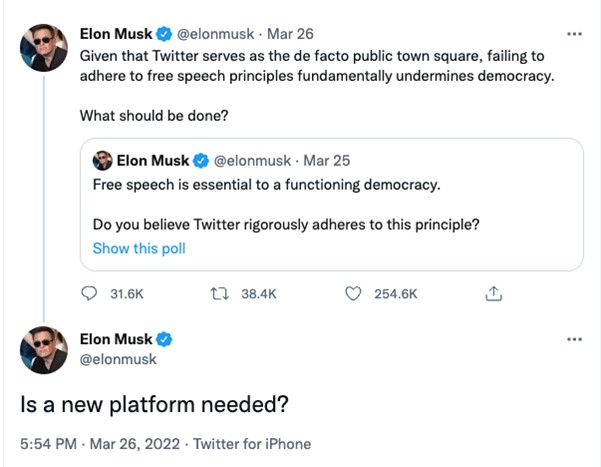 Last week Elon Musk once again weighed in on the free speech debate with a bunch of tweets which essentially criticised the worlds go-to rant platform as not rigorously adhering to the principle of free speech in a democracy. And then asked the question “Is a new platform needed?” 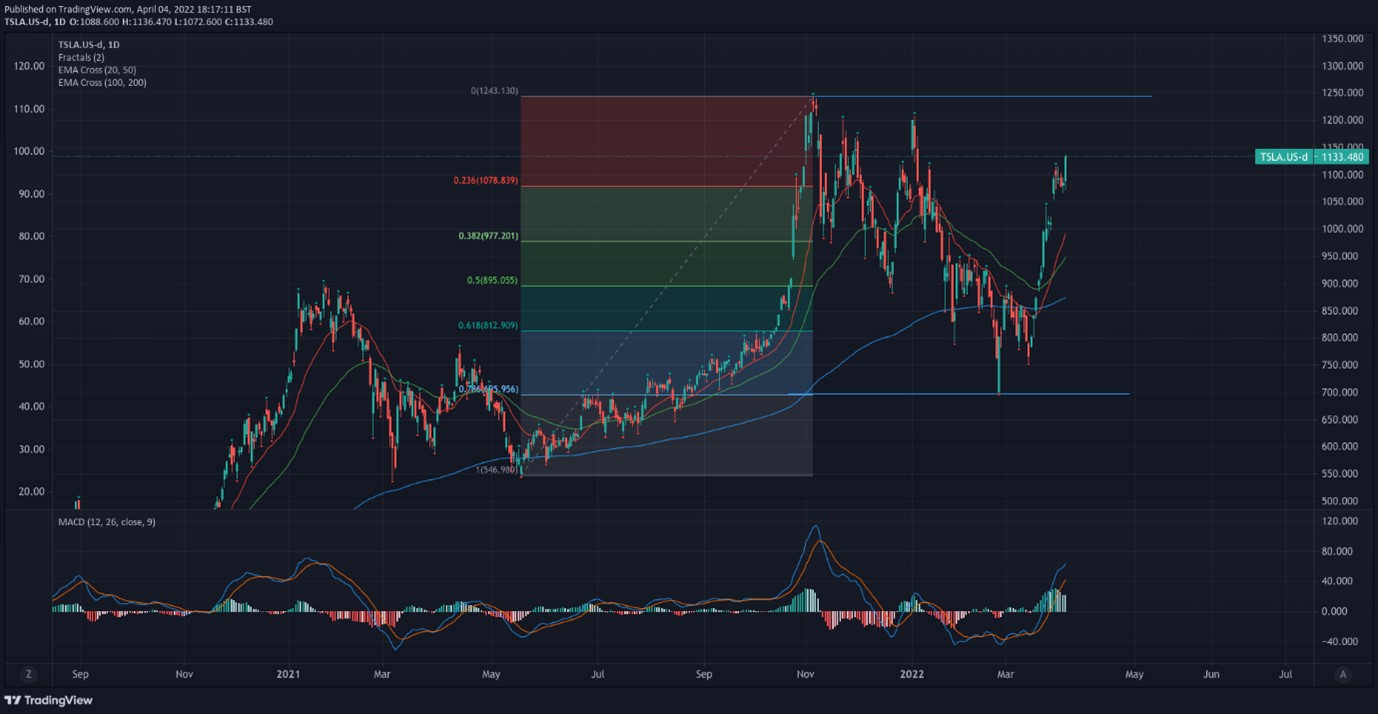 Tesla’s share price dropped dramatically after a previous Twitter poll became a reality. Elon Musk asked his followers if he should sell 10% of his Tesla stock? To which the reply was “yes”. So, he did. Saying on Twitter that “Note, I do not take a cash salary or bonus from anywhere,” “I only have stock, thus the only way for me to pay taxes personally is to sell stock.”

The context was around the proposed billionaire’s tax which would be used to pay for President Bidens’s social and climate-change agenda, but there could have been tax efficient reasoning driving the decision. He would have to offload a significant number of shares this year to pay taxes on several options that are expiring.

Tesla shares continued to drop as the markets went into a freefall with riskier assets being ditched for safe havens as Russia amassed forces on the border with Ukraine before the inevitable invasion. The invasion itself marker the day before the bottom in the Tesla share price as the 78.6% retracement level from the all-time highs to the May 2021 low got tagged. 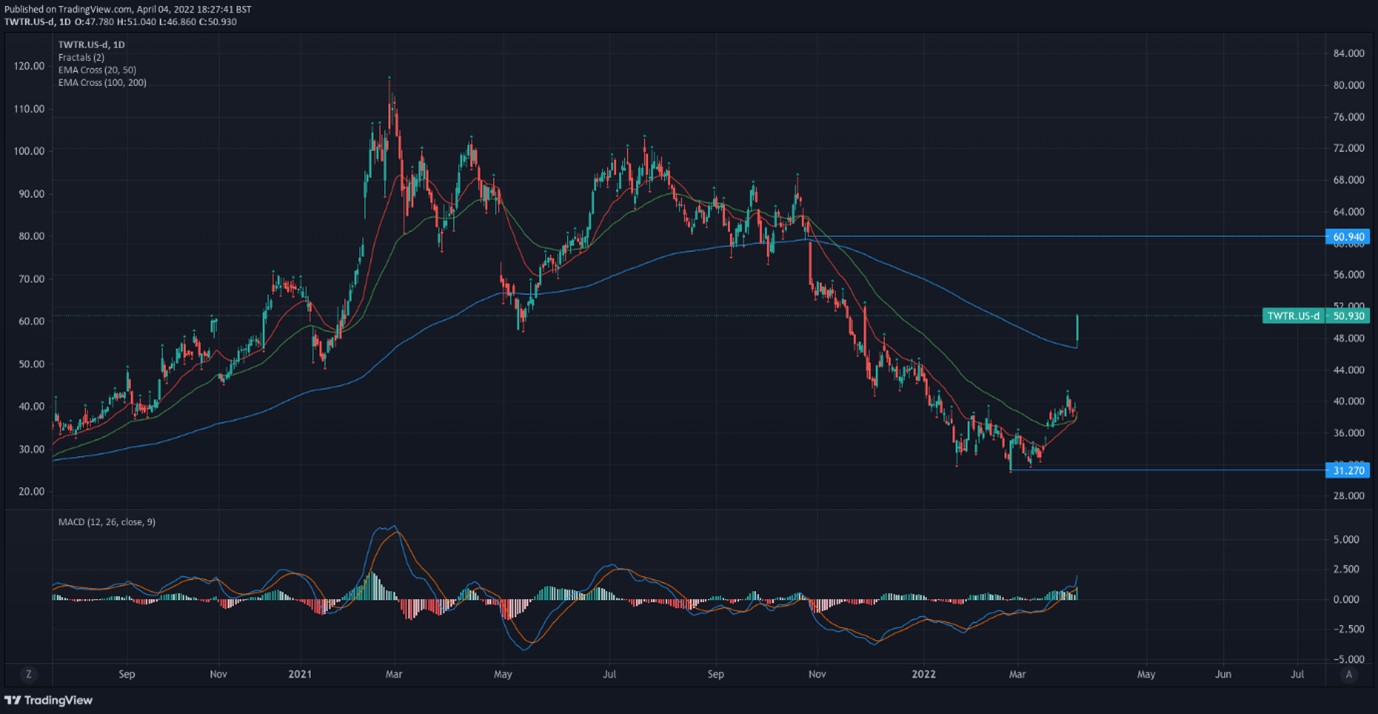 The Russian invasion also marked the bottom in the Tesla share price retracement and following today’s massive gap higher I am expecting the share price to continue up to $60.940, though the gap and go needs to be filled at some point, so I am not looking to buy right now. 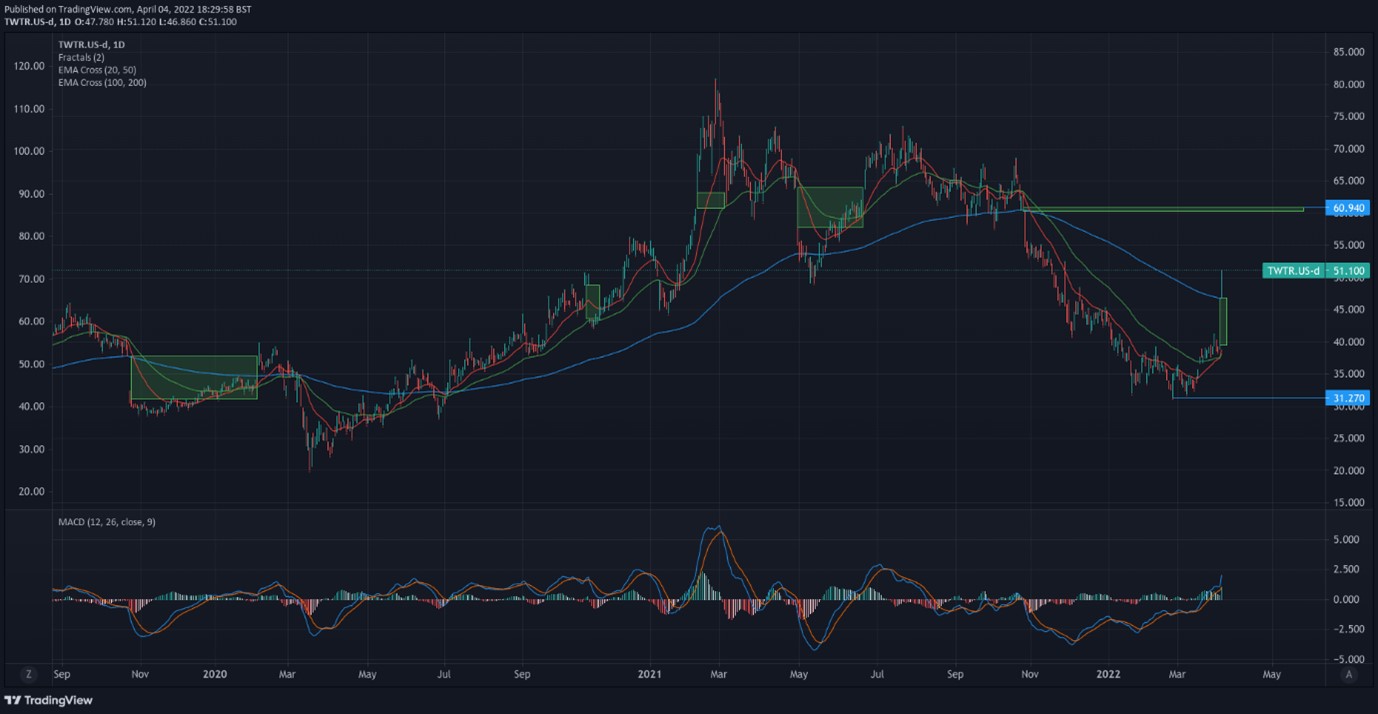 Twitter gaps get filled, so I am going to wait for the FOMO traders to take profits and for the price of (TWTR) to come back to the $40 level. Hopefully by then the price action and the daily moving averages will all be aligned and stacked bullishly. Today’s price action has gone a long way to change the momentum in the price action but what usually happens when the 20 & 50 EMAs are below the 200 is some sort of price compression. In the Autumn of 2021, the price action gapped higher and then gapped lower finding the 50 EMA as dynamic support. It would be great to see a similar set up again but with the 200 EMA below price action too as another level of support.

Questions will be asked by the SEC as Elon was tweeting about the company, he was investing in which may seem like a dubious practice for other investors. Also, questions around Elon Musk’s intentions for Twitter will arise as he has a larger stake in the company than Jack Dorsey.