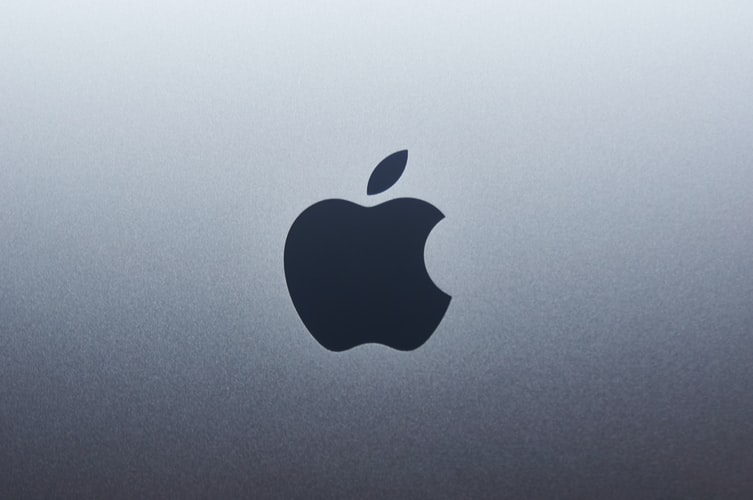 424
SHARES
9.5k
VIEWS
Share on FacebookShare on TwitterShare on WhatsApp

This week is a big week for Apple fan boys and the world of tech. On the 14th of September Apple will host its eagerly awaited annual launch which will include the iPhone 13, along with Apple Watch 7 and possibly a newly revised Apple AirPods. Once again, the event will be virtual and streamed so a lot of detail will be within the presentation making them vey engaging, which is an upside to the events since the pandemic.

As is the way, a lot of rumours will be confirmed and maybe a couple of surprises will emerge, with the worst-case scenario being underwhelming developments, as has been the case before with iPhone updates. The previous release (iPhone 12) was a massive step forward for the mobile devices which sold 100 million units, at a faster pace than the iPhone 11 by 2 months and in line with a previous best seller, the iPhone 6.

The iPhone 13 is likely to carry the A15 chip made by Taiwan Semiconductor Manufacturing Co. (TSMC) who have maxed out production to fulfil orders from Apple. The A15 chip will use the same 5-nanometer size as the A14 but will take advantage of TSMC’s second-generation 5 nm process (N5P). Apple’s A14 chipset was the first mass-produced chip to use TSMC’s 5 nm technology. Next year Apple will likely be using 4 nm chips within its products and with each iteration the performance and efficiency are improved along with battery life. Apple said the A14 drives out more performance by integrating 11.8 billion transistors on the silicon die, a generational leap of around 40% compared to the A13, which incorporates 8.5 billion, and the A12, which packs 6.9 billion. 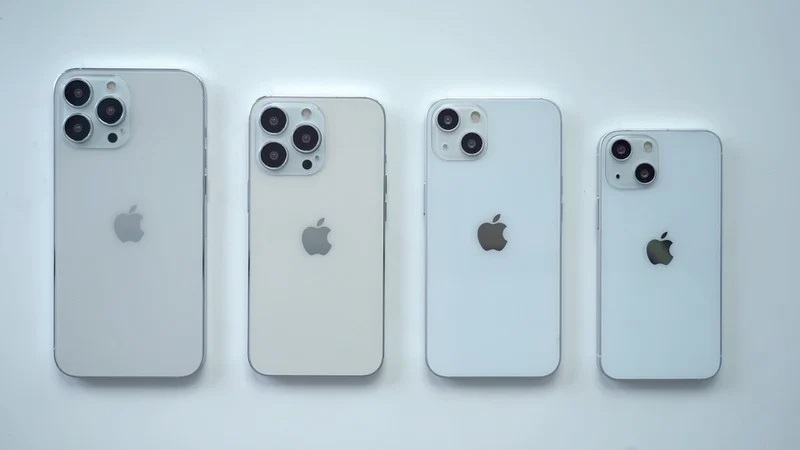 Last year Apple Inc. third quarter results for the 3 months ending June 26th, 2021, showed net sales of products coming in at $63,948,000,000 ($63.95 billion) up from the previous year by a whopping $17.42bln. Of that quarterly total the iPhone sales were the largest component coming in at $39.57 billion. The massive increase in sales was probably due to the introduction of 5G connectivity among other things, so it will be interesting to see if there is enough of a leap forward on the tech to keep the sales moving at that pace. Generally, Apple Inc, like to put out low-ball earnings estimates and then smash it, to make investors and analysts alike more positive on the stock. And as Apple is the largest component of the major large cap US indices, its share price direction has a lot of bearing on where the indices go.

Last week there was a conclusion to a lawsuit brought by Epic Games which most believe went in favour of Apple Inc. Though there is a chance that there will be appeals or maybe other major app developers will bring new cases that are more targeted to Apple’s monopoly over the iOS app store. The ruling could also see a drop in Services revenue as app developers can start to link to other payment gateways through their apps giving the consumer a choice of whether they want to solely use the app store payment system or not. Apple would rather the end user was confined to the app store ecosystem, especially as they charge app developers up to 30%, which helped make up part of the $17.5 billion in Services revenue in the last quarter. Investors may have looked at the ruling as a hit on the bottom line and could have been part of the reason last week’s sell-off occurred. 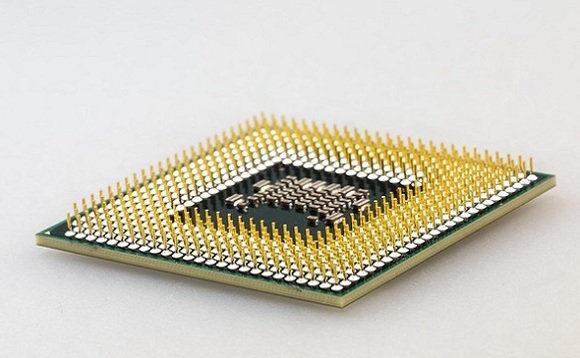 Much has been said about the supply chain disruptions in the micro-chip market and for TSMC they are going to be raising the price of their chips by 20% unless the chip is destined for Apple. The price rise is most likely to be on larger chip sets for things like microcontrollers and larger process nodes that are generally found in vehicles and general appliances. Chips like the A15 are state of the art and if there is a price rise it will probably be around 10% which if it were passed on to Apple would then be an added cost to the consumer. However, Apple has taken up most, if not all of the start-of-the-art production line, which has even pushed other high-end customers to have to look elsewhere for chips. 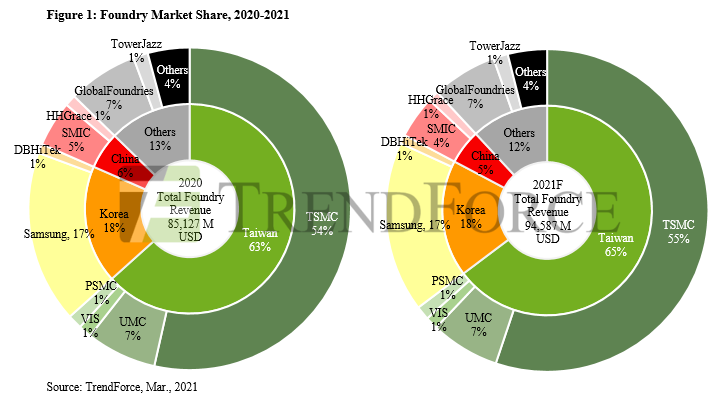 The above graphic shows TSMC dominance in the chip manufacturing along with Taiwan versus the rest of the world, for the last 2 years.

It was reported that Apple had placed orders in excess if 100 million chips. The capacity to produce chips has also been impeded by the coronavirus with TSMC factories succumbing to temporary shutdowns and even lack of water due to droughts. Capacity is being increased and TSMC will be investing $100bn into manufacturing and R&D with factories planned to be built in Arizona USA. Whether the supply chain shortages can be resolved by 2023 is in doubt which will also be weighing on investors’ minds.

The sell-off in the Nasdaq last week was led by Apple who dropped -3.31% on the last day but overall had been dropping since Wednesday which meant Apple Inc. traded lower by >5% for the week. Out of Apple, Microsoft, Google, Tesla, Facebook, Amazon and Netflix, only Facebook and Netflix finished the week in the green though they were both off their highs by some margin. The overall weekly performance for the Nasdaq was -0.77% and the price action basically undone the previous weeks range. This could be the top in the markets and if so, Apple will be trading lower by the end of the week regardless of how good the new line up is. It could even be a buy the rumour sell the fact. 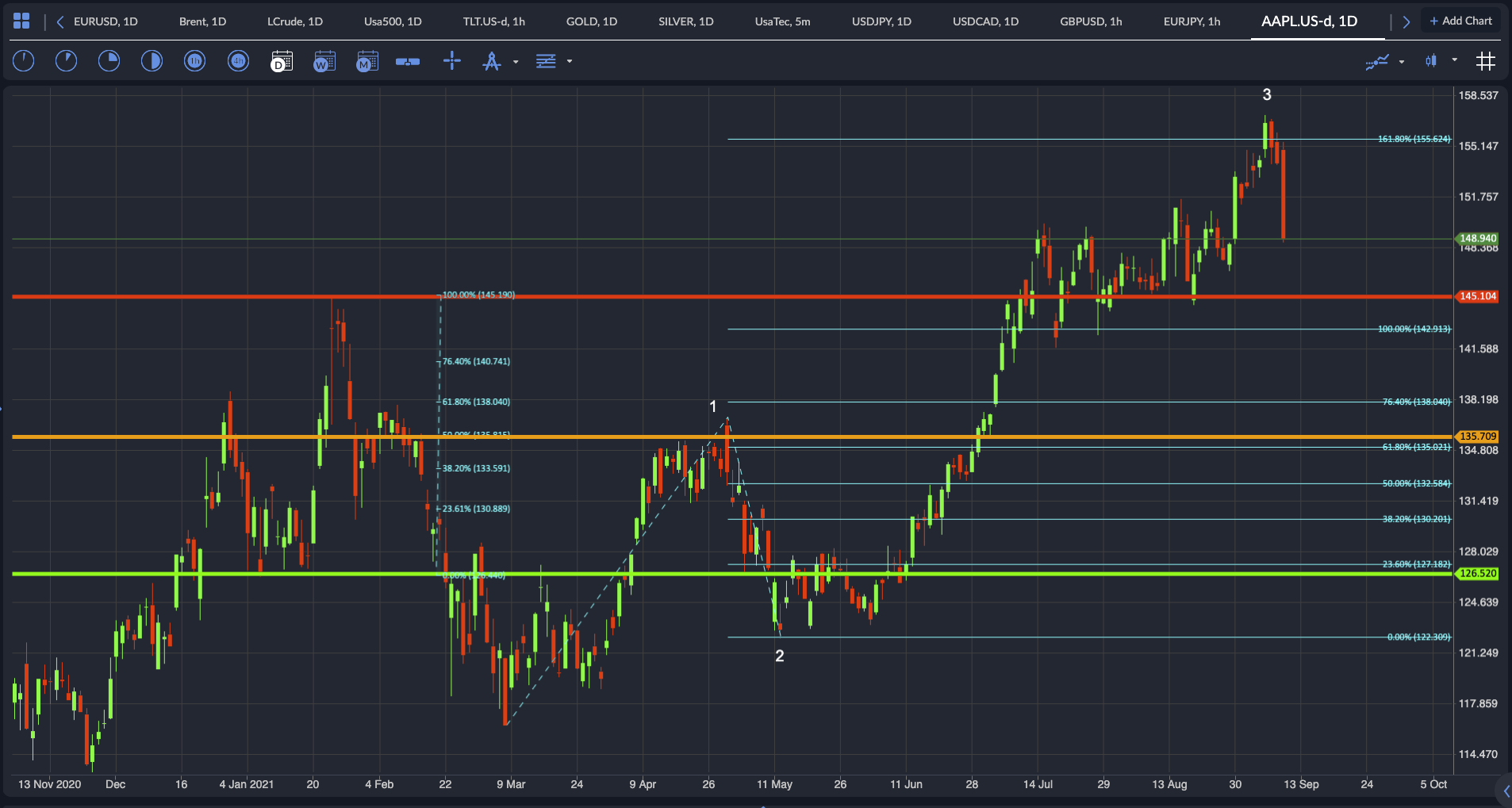 Assuming the Apple share price is due to collapse with a broader market sell off it would make sense to short the stock down towards $135.70. In the above chart the thick red and green horizontal levels represent the January 2021 range, with the orange line being the median line of January. In the first few months of 2021, Apple struggled to get above the opening price as tech stocks were being hit because of their high growth potential which is reduced during an inflation/rate hike cycle. When those fears dissipated and the yield curves flattened off, we saw the price of Apple and many other nasdaq100 stocks rise. If we label the biggest impulsive swings after the dip below the 2021 January lows, we get a price target at the 161.80% extension being hit in this last week of trading before the market turned. It may just be coincidence and I have a bullish scenario that may work out, which I will detail next. But judging by this wave count and the fact that the market turned at such a regular price target on the fib extension, investors and traders may have just taken profit as uncertainty now enters the markets. Things like the debt ceiling, infrastructure bills, $3.2trln fiscal spending, mid-term elections and a diminishing popularity of President Biden are not painting a rosy picture of what may or may not happen. Plus, the markets are really trying to convince themselves that the Fed will Taper their asset purchases this year. If price does fall through the January high, the most logical place I will look for a long-term buy is around the swing high from April 2021 at $135-$136. 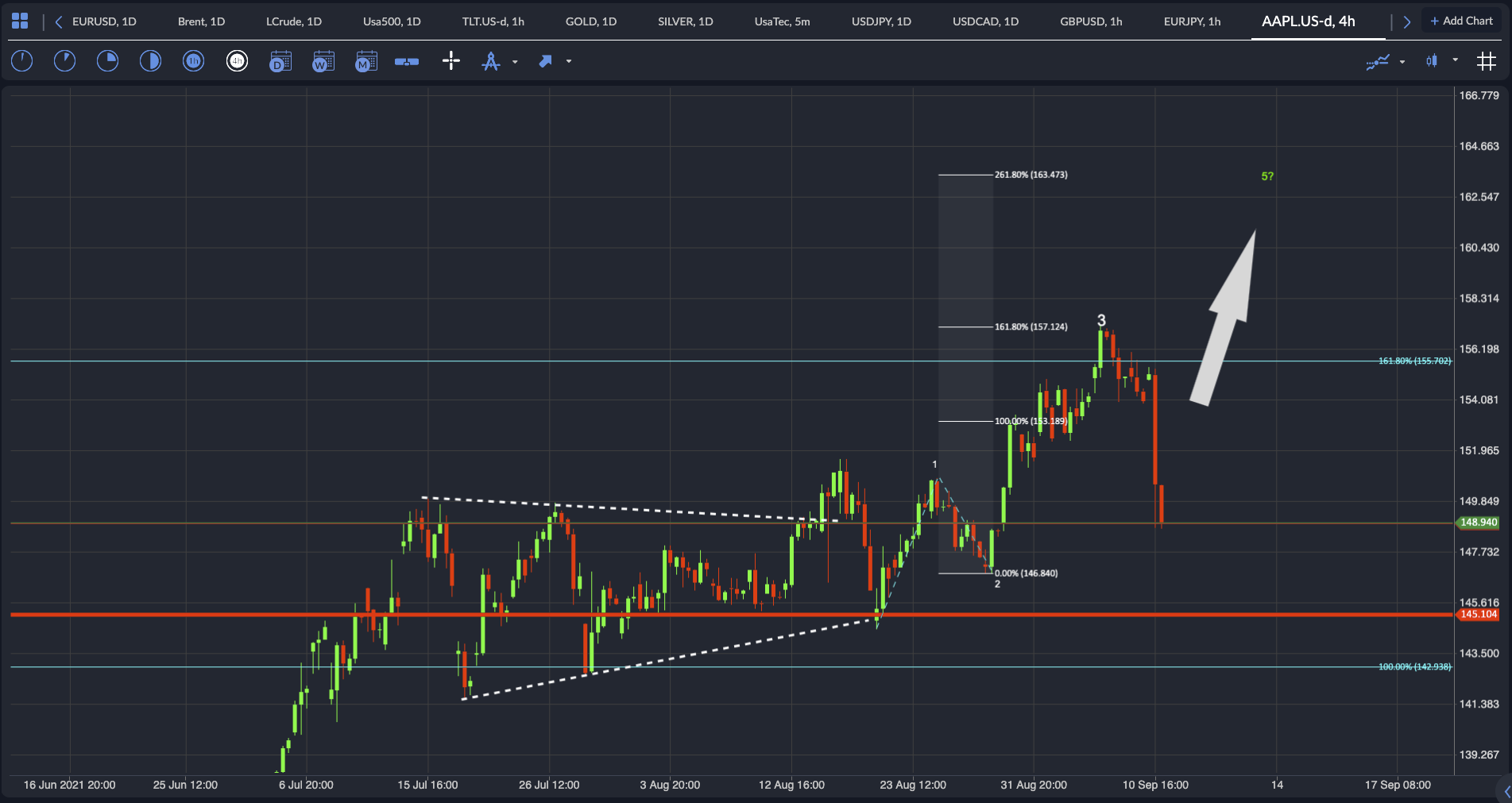 The equities have a great way of getting traders to predict the next big crash, and for some reason we all like to think we could spot a top and ride it all the way down. Very rarely do we get the top tick, unless we are the ones left holding the bag. With that in mind and the fact that the overall underlying conditions are still supportive for the markets for at least another few weeks, I am keen to consider looking for another buy the dip opportunity. The bull case for me is invalidated as soon as price gets below $146.80, so that is where the risk should be set from in this trade idea. What I would like to see today is for the US open to be bullish. Reversing a lot of the late Friday sell off. If that happens, I will be looking for price targets of at least $163.50 with scope for more upside if momentum doesn’t stall there.

The confluence of the top price last week at two 161.8% fib extensions makes $157 a significant level for me and there is a chance that we just get back to there before more selling occurs. In which case I will step aside and look for a support level to be formed or broken and a test of that old support to become resistance.

Pound has dropped to a Fibonacci retracement level and daily support